Most Hated Stock-Market Rally in Years Goes On 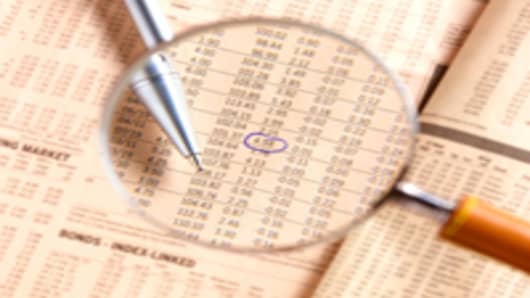 How can this be, my trading friends keep asking me?

The economy is mired in sub-2 percent GDP growth. Mario Draghi downgraded the GDP outlook for Europe, not just for 2012, but also for 2013. How can the markets be at new highs?

It can be because:

1) the Draghi/Bernanke put is real;

2) earnings, while weak, are still growing and will likely grow in 2013 as well. It is tough to make a case for negative earnings growth;

3) if Europe calms down, a case can be made for multiple expansion in the stock market.

Earnings are weak but still growing.

Here are estimates for S&P 500 earnings:

These are fairly lackluster, lower than in the last several years, but still growing. Yes, the Q4 estimate is too high and is coming down, but it will be positive; 2013 is also high, but it will likely end up around 5 percent or so.

That may be enough to keep stocks up.

If all the bears are saying is that there will be lackluster growth, we already know that. It's priced in.

Want to impress me and everyone else? Make a case for NEGATIVE earnings growth in 2013. That's a tougher call.

It is hard to make a case for negative earnings growth. A number of things would have to go wrong at the same time. Here are a few:

4) Another recession in U.S.

The problem: all of these arguments are convincing some people to stay out of stocks, but they are not convincing the stock market to stay down. This is one reason why so many are underperforming the markets.

The case for multiple expansion. If Draghi successfully engineers a calming in Europe — if sovereign countries can roll over their debt at significantly lower rates, and if an effectively open-ended bond buying program really begins — the stock bulls can argue for a multiple expansion for stocks. (Read more: ECB to Buy Sovereign Bonds in New Program)

What does that mean? Instead of 13 times forward earnings for the S&P 500, it might now be 14 or 15, based on the idea that there is a significant risk premium in stocks now due to the Europe crisis that may lessen.

Bottom line: It will still be two steps forward, one step back. Ultimately you still have to make a decision: are you in or out of the market based on Europe?

Right now, the market is saying that Europe is turning from a headwind to a potential tailwind.

By the way: we are in a strange position. Right now strategists expect the S&P to be LOWER at the end of the year than it is now.

Even the strategists have been too conservative.