Stop Juggling That Handful of 401(k)s and IRAs

There’s yet another wrinkle in the new age of retirementand job insecurity— keeping track of all those company retirement savings plans you’ve racked up, along with that IRA you opened years ago, and creating a coherent investment strategywith them. 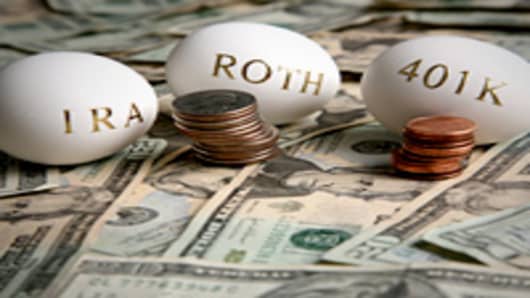 Who knows what do with them?

“Our current system of self-directed retirement accounts really requires people to do what they’re not equipped to do,” says Teresa Ghilarducci, director of the Schwartz Center for Economic Policy Analysis at the New School in New York.

That is: manage their own money or find an unbiased third party to do it for them without falling prey to bad advice and/or high fees.

Along with the loss of the company pension and the proliferation of the self-directed retirement plan — 401(k)s are the most common form — is a job-churning labor market.

“People who shift from job to job, they accumulate them," says Rick Meigs, president of the non-profit 401khelpcenter.com.

And lose them, apparently. Meigs say his organization gets three or four queries a week from people who’ve lost track of a 401(k) at a former employer.

Job jumping is particularly an issue for college-educated people born in the latter years of the Baby Boom (1957-1964). Men with a bachelor’s degree or higher held 11.4 jobs between the ages of 18 and 46," according to a Bureau of Labor Statistics report. Women of the same educational status held 12.2 jobs during the same time span.

“Clearly what we have is people entering their fifties, who have three or four accounts, plus their current employer’s one,” says David Wray, president of thePlan Sponsor Council of America, PSCA.

Combine the emergence of the multiple-401(k) owner with Americans’ long-standing neglect of their retirement plansand you have a problem.

Though retirement experts of all kinds are familiar with the problem, no one knows how many Americans are juggling multiple 401(k)s and IRAs. (The Employee Benefit Research Institute, EBRI, has just undertaken a study.)

There’s no shortage of anecdotes, though.

The little data out there, however, does indicate that a sizable number of American households have at least two types of retirement plans.

According to the latest data available from Bureau of Labor Statistics, 16.75 percent of the 72.5 million participants in 401(k)-type plans in 2009 had left their money in the retirement plan of former employers.

A more recent study by AON-Hewitt showed that of all workers who terminated their employment in 2011, 40 percent took a cash distribution, 30 percent left their assets in the plan and 30 percent moved their balances over to another qualified plan. 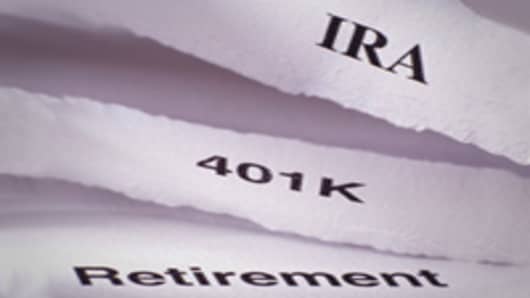 What is clear is that there is an enormous amount of money at stake. Employer-sponsored, direct contribution plans — 401(k)s, 403(b)s, Keoghs and others — alone held an estimated $4.5 trillion in assets.

Too Much of a Good Thing

The plan jumble may seem like an awkward horn of plenty but it has enormous ramifications along the road to retirement, from investment strategy and performance, to planning and execution, experts say.

First, most people have little time or attention for one retirement account, never mind multiple ones.

At the same time, people know little about investment principles and strategies, which means neglected accounts are more likely to perform badly because they are poorly constructed, without consideration to such tenets as diversification and asset allocation.

“It makes it a lot more difficult to recognize where they are in the planning process,” says Sarah Walsh, VP for retirement solutions at Fidelity.

In most cases, experts say, people should consolidate their accounts; to do otherwise flies in the face of fundamental investing principles.

“It makes it a bit more difficult to undertake asset allocation, track performance and rebalance your portfolio,” says Brett, the financial adviser.

Problems with multiple retirement accounts can also arise when you actually reach retirement age, at which time regulations force you to draw down your retirement savings on a pro-rated annual basis.

“I think it will become a burden when it comes time to retire,” says Craig Copeland, an analyst at EBRI.

For instance, at 70.5 years (or older if you work beyond that age), 401(k) and IRA holders must make required minimum distributions. The actual amount varies by person and is based on an IRS formula.

“You’d be getting small checks from all over the place,” says Wray, president of the PSCA. “The planning for retirement, at retirement, is very complex.”

To keep the financial complexity to a minimum, experts say most people should consolidate accounts. 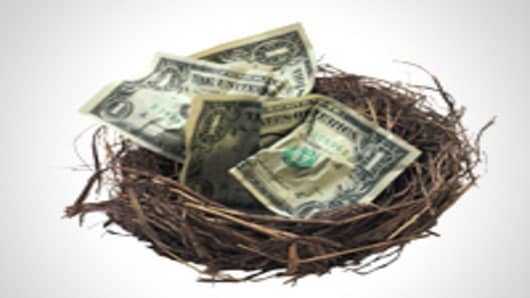 How do you consolidate? In what’s called a rollover, most companies allow people to move funds from an old employer to the new one. (If your account is worth less than $5,000, your employer is not required to keep you in its fund.)

People can also convert their 401(k) into an IRA at any number of financial services companies. Both are without tax penalties and little, if any, transaction costs.

Experts explain that consolidating funds into an IRA, new or existing, has two main advantages: selection and cost.

Most company 401(k)s have a limited number of investment choices — in many cases, a variety of equity-, fixed income- and cash- (money market) oriented mutual funds. The IRA choices, however, are vast, including more asset classes and financial instruments, and almost any fund you had in your 401(k) plan.

Secondly, IRAs generally cost less in fees, especially compared to the 401(k)s of smaller companies that are unable to negotiate favorable terms with the administrators and the companies providing mutual funds in the plan.

Like with most financial decisions, however, special circumstances can mean exceptions to the rule, and, experts say, there are reasons why people may want to hold onto a (401(k) now and then.

In a financial context, 401(k)s are more useful vehicles for people who feel they may be in need of money. For instance, you can borrow from your plan without any penalties or taxes, as long as your pay back the money in five years. (It's not permitted with IRAs.) 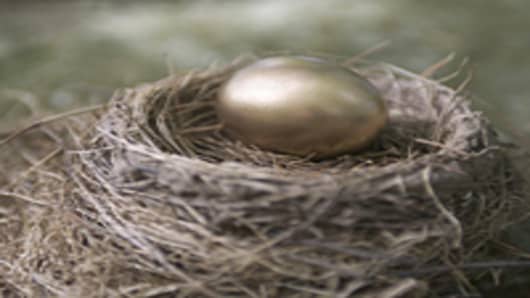 Similarly, there are tax benefits. Owners can take advantage of so-called early, hardship withdrawals, beginning at 59.5 years for a number of reasons, without penalty.

And if you lose or quit your job between 55 and 59.5 years, you can take an early withdrawal without the usual 10 percent penalty — although you'll still have to pay income tax, on an ordinary-income basis, on the withdrawn sum.

There’s one other tax advantage, but it is valuable to a smaller group of people.

Company stock purchased under a 401(k) plan and then rolled over into an IRA is no longer eligible for tax breaks, says financial advisor Brett.

On an investment basis, there are also reasons why the average 401(k) plan participant might want to keep the funds where they are, say experts, but it may depend on the size of your plan.

“There’s a strong argument, that if you like the underlying investment options, then you keep them,” says Meis of 401khelpcenter.com.

This is more likely to be the case at larger companies. Their plans are bigger and typically have lower fees to cover the administrative costs and can sometimes negotiate better terms with the companies managing the investment funds.

"Most larger plans generate enough revenue to always cover the cost of the record-keeping fees of the plan administrators," says Brent Glading, managing director of the GladingGroup, which helps companies with their plans.

(New federal rules on fee disclosures took effect July 1 and will be visible in third-quarter statements.)

Large-company plans also have a more than adequate variety of funds for their employees to pick from.

The investment choices of larger companies have also been pre-screened by the employer, reducing risk.

“The investment choices definitely are vetted; they have a fiduciary responsibility to make the best choices in terms of the participant,” says Oakley of the NIRS. “If you are in a plan that is a good plan, and you have low fees and the employer is OK with you staying it that plan, then sometimes it is the best thing to do.”

That may not be the case with smaller companies, say experts.

“Some employers don’t want to spend the time on it and just want somebody to come in and do it,” says Mies. “In such cases, it’s “more than likely those options have not been vetted.”

In the end, whether it’s an IRA or 401(k) may not matter, as much as paying attention and keeping track of your money. In most cases, experts say, consolidation is the easiest way to achieve that.

“If you have a significant amount of assets you pay attention,” says Wray. “When there’s more than $20,000 in one place there seems to be a higher degree of attention; if your money is relatively small amounts and scattered about, its human nature to not pay attention.”