ECB Bond Buying Likened to Work of the Devil

The devil may have much more than the best tunes. To listen to the president of Germany’s Bundesbank, he also offers the best cautionary tale about the perils of state financing by a central bank. 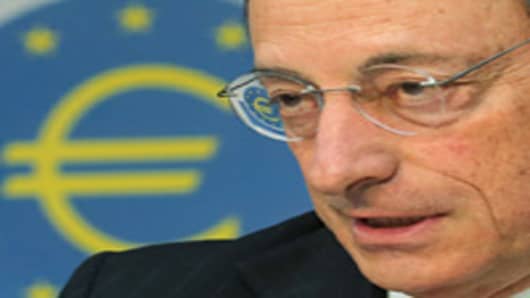 After weeks of macro-economic sniping following his isolation at the European Central Bank over its new bond-buying policy, Jens Weidmann, on Tuesday resorted to Goethe’s Faust to make his point. The classic play highlighted, he argued, “the core problem of today’s paper money-based monetary policy” and the “potentially dangerous correlation of paper money creation, state financing and inflation”.

In early scenes from Goethe’s tragedy, Mephistopheles persuades the heavily indebted Holy Roman Emperor to print paper money – notionally backed by gold that had not yet been mined – to solve an economic crisis, with initially happy results until more and more money is printed and rampant inflation ensues.

While he did not make the comparison from Faust Part Two explicit, for Mr Weidmann there are clearly parallels with the performance of the ECB in trying to save the euro. 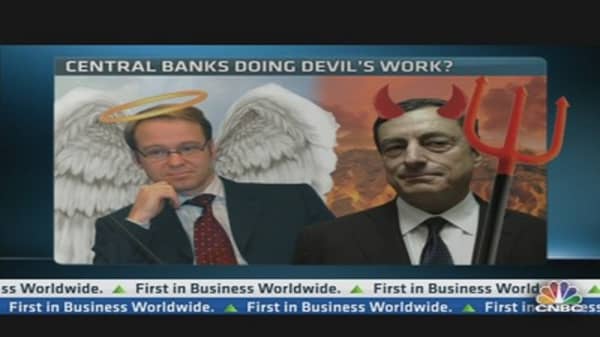 Mr Weidmann is the only member of the 22-strong governing council of the ECB to have voted against a plan put forward by Mario Draghi, its president, to offer to buy unlimited amounts of sovereign debt in the secondary markets to cut unsustainable borrowing costs for countries such as Spain and Italy.

In Tuesday’s speech in Frankfurt, Goethe’s birthplace,he said: “The state in Faust Part Two is able at first to rid itself of its debts while consumer demand grows strongly and fuels a strong recovery. But this later develops into inflation and the monetary system is destroyed by rapid currency depreciation.”

Mr Weidmann did not directly address ECB policy. But monetary policy independence and policy makers who target price stability were, he said, “necessary, but not sufficient, conditions” to maintain people’s trust in a currency.

In outlining his OMT policy, Mr Draghi has several times spoken of the “necessary, but not sufficient conditions” a country must meet to trigger ECB bond buying.

Mr Weidmann also appeared to reserve a separate dig in his speech for Wolfgang Schäuble, Germany’s finance minister, who said at the weekend he worried that an open debate between the Bundesbank and the ECB unsettled the public.

“It is important for trust that central bankers, who manage a public good — stable money – also explain themselves publicly,” Mr Weidmann said. “The best guard against temptation in monetary policy is an enlightened and stability-oriented society.”

The ECB declined to suggest any literary precedents that might be used to make the case in favour of OMT.

Mr Weidmann did not highlight another cautionary tale from the play for economists. Faust in the final earthbound scene comes up with a plan for universal prosperity and happiness ... and promptly dies.