Among the aggressive goals China has set as part of the country’s revamping of its healthcare system, is the expansion of the role for private hospitals in delivering care. The Ministry of Health has publicly stated it wants to see inpatient and outpatient visits at private, for-profit hospitals increase nationwide from 8 percent in 2012 to 20 percent by 2015. 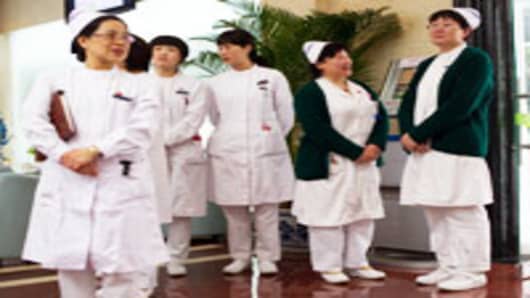 In order to achieve this goal, China’s central government is attempting to get out of its own way: the January 2012 updated Foreign Investment Catalog moved private investment in public hospitals into the “encouraged” category, a big green light to potential investors that the country was now serious about allowing hospital management companies and private equity firms into this formerly closed segment of China’s economy.

While the January revision is important, these changes are not the first time China has made an attempt to encourage private investment into its public hospitals. Five years ago, the Ministry of Health put approximately 500 public hospitals on the market with the hope private investors would snatch them up, modernize the mostly rural hospitals, thereby improving healthcare access and outcomes in parts of the country where both were problematic.

As viewed by both China’s Ministry of Health and the handful of companies who participated, these efforts were unsuccessful for two reasons. First, the hospitals offered for privatization were unprofitable, understaffed, and had systemic infrastructure problems. Second, while the central government ostensibly allowed privatization, too many strings were attached.

Once the public hospital became private, issues such as compensation, pensions and the ability to terminate under-performing employees could not be changed from the government’s previous policies. Consequently, potential investors could not chart a course to profitability.

The changes from earlier this year reflect these lessons. They also suggest the Ministry of Health understands that in order to hit its target for an increase of all inpatient and outpatient hospital visits from 8 percent to 20 percent, the country will need to convert some existing public beds into private ones. To ensure this happens, and to convince potential investors it has learned from past mistakes, the central government is not restricting investments into only under-performing hospitals.

While questions remain over how precisely legacy policies can be changed, the Ministry of Health has already taken initial steps to clarify the mechanisms by which policies related to compensation, pensions and severance can be modified. Most important, the new guidelines make clear foreign ownership in public hospitals is no longer limited to 70 percent, now investors from outside China can own 100 percent of a “healthcare organization” within the country.

These changes were necessary not only to address the problems China had incentivizing foreign investmentfive years ago, but also because the country’s leaders recognize the more they can encourage the expansion of private healthcare operators who want to provide services for China’s growing middle class, the more the country can focus its limited resources on expanding coverage for its rural areas, where healthcare access remains problematic, and where massive ongoing investment will be needed for the foreseeable future.

China’s openness to foreign investment should dramatically accelerate the growth potential for companies such as Chindex, an operator of private hospitals and clinics in Beijing, Shanghai and Guangzhou. Specialized hospitals in China like the cancer imaging and treatment hospitals operated across the country by Concord Medical should similarly benefit as Chinese consumers become more educated about Western treatment options. Across the United States, academic hospitals are also pursuing management contracts with Chinese hospitals, offering their clinical and business practices to their Chinese counterparts.

Beyond these hospital operating companies and institutions, a vibrant private, for-profit hospital market will go a long way towards cushioning the price pressure medical device and diagnostic companies like Medtronic, Boston Scientific , GE Healthcare and Siemens are operating under in the country. While the demand to expand healthcare coverage and improve outcomes suggests China’s market for medical products will continue to grow at double-digit rates for the next decade, such growth is also putting enormous pressure on the country’s healthcare spending.

Consequently, the Ministry of Health is hotly pursuing a variety of price controls that will negatively impact anyone selling into the country’s public healthcare market, from pharma to devices to diagnostics. One of the most important counterweights to this pricing pressure is the expansion of private, for-profit hospitals where Western companies can sell on the basis of innovation and value instead of focusing only on price.

As the role of public and private hospitals in China comes into focus, the Ministry of Health will need to ensure it clearly identifies not only the spaces in the market where private operators can work, but also the mechanisms by which public hospitals can come under the ownership of, or management by, private investors. If the country successfully spells out its expectations, for-profit hospitals could become one of the more lucrative business opportunities China’s healthcare reforms will set in motion.