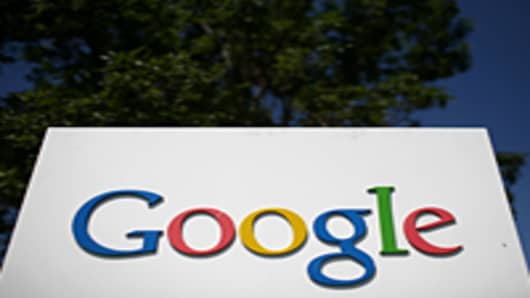 Getty Images
A sign is displayed outside of the Google headquarters in Mountain View, California.

"I keep saying Facebook isn't the only one that has a mobile issue—Google does, too," said Colin Gillis, an analyst for BCG. "If you are an investor in Facebook, mobile is priced into earnings. I don't think mobile in Google is priced in." 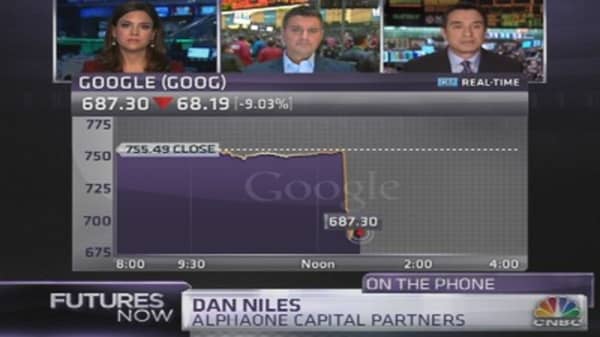 As consumers migrate to primarily mobile platforms, so do their Google searches. Advertisers, however, aren't so quick to follow.

"The short of it is mobile ad formats are different and quite frankly, people are using it in a different way and advertisers are not convinced they should be bidding up for keywords the same way on mobile the way they do on desktop," said Rick Summer, a technology analyst at MorningStar. "It's a pretty immature advertising ecosystem."

While Google's price drop in CPC might be a sign that other companies exposed to mobile ad issues could also experience a slowdown, it doesn't mean that the Internet advertising market is doomed, Gillis said.

The fact is, advertising on mobile is still very new and the ad format is significantly cheaper so companies aren't generating as much revenue from mobile ads, but the lull isn't permanent, Summer said.

"For the quarter, companies exposed to this certainly could see near-term weakness," Summer said.