Whoever wins the presidential election might feel more like the loser when he realizes what lies ahead for the US economy. 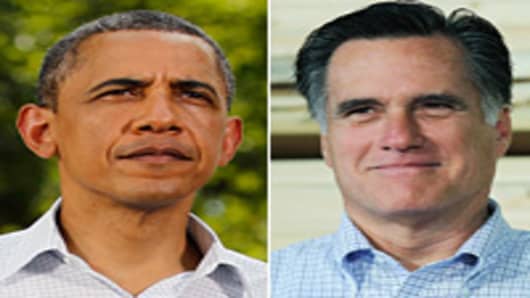 Slowing earnings combined with CEO warnings of trouble ahead and continuing political instability are persuading more economists that the new year will ring in more of the same slow growth for at least the first half.

So while President Barack Obama or Republican challenger Mitt Romney may get a brief moment to bask in victory, greater challenges than winning a political campaign await.

"A combination of budget tightening and the weak external environment should prevent the U.S. recovery from shifting up a gear next year," Andrew Kenningham at Capital Economics said in an analysis. "As a result, unemployment should fall only gradually."

Jobs and housing have been the two most-watched ingredients in gauging the the U.S. economic recovery. (Read More: Pre-Election Jobs Report Shows Some Gain; Rate 7.9%)

Both have shown halting gains, though not enough to inspire confidence that the momentum has shifted permantently in a positive direction.

Political uncertainty in Washington, most notably over the "fiscal cliff" of tax increases and spending cuts to take place in 2013 unless deficit-reduction targets are met, is acting as a further headwind to growth.

As a result, Wall Street is wrapping up a dismal third-quarter earnings season that has featured only a little more than one-third of Standard & Poor's 500 companies beating sales targets, but also a plethora of dour warnings for the conditions ahead.

"Forward guidance has been almost universally weak, with three out of every four companies guiding negatively this reporting period," said Adam Parker, chief market strategist at Morgan Stanley. "As a result, earnings estimates for the S&P 500 continue to be reset lower, with consensus expectations for (the fourth quarter) down 2.3 percent since the beginning of the earnings season." 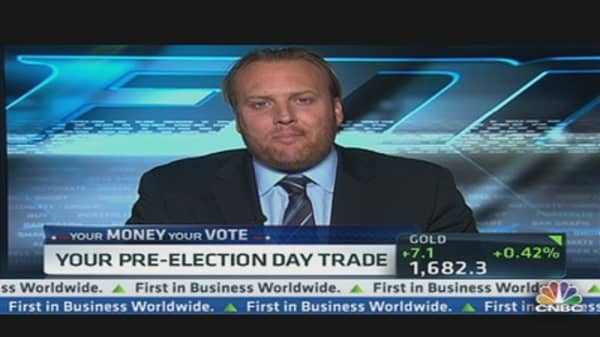 Parker points out that even though 62 percent of companies have beaten profit estimates, "Companies have been beating a lowered bar...The pace of downward revisions to (the fourt quarter) and 2013 estimates has picked up in the last month." (Read More: Retailers Post Gains in October, See Sandy Hit Ahead)

The economy is coming off a quarter in which gross domestic product grew at a 2 percent annualized pace.

Even that lowered bar may be too high for the moribund fourth quarter.

Nomura Securities predicts growth to close out the year will be more like 1.3 percent, which is barely above a recession.

"Households appear to have a more optimistic outlook," Nomura economist Ellen Zentner said. "This may change quickly as focus after the US presidential election will turn to near-term fiscal and other policy challenges. After the election we expect economic activity to slow and both businesses and consumers to pull back in response to a contentious debate over fiscal policy."

Only a handful of market experts are ready to use the word "recession" in their forecasts, but the trend has been towards low or no growth. (Read More: Companies Are Sitting on More Cash Than Ever Before)

Tom Tzitzouris, fixed income strategist at Strategas, said the U.S. is "likely moving towards a recession in the first half of 2013" due to the "fiscal cliff shock." From an investment perspective, he said that should favor investment-grade bonds as well as Treasurys against high-yield corporate bonds, which are often seen as an indicator of investor risk appetite and thus the direction of the stock market.

The bright side: All of that zero-level growth should pave the way toward a bounce typical of post-recession periods. Strategas predicts that by this time next year growth should be "significantly stronger," with GDP at 4.0 percent after posting-0.5 percent, 0 percent and 1 percent growth in the first three quarters.

Economists at Deutsche Bank estimate that policy uncertainty "has likely depressed GDP growth by a percentage point or more in recent years.

"Accordingly, if the current level of uncertainty subsides with a successful resolution of the US fiscal challenges ahead, growth could be boosted for a time by as much as a percentage point or two," the firm said. "Given the extent to which economic activity has been depressed by US political and fiscal uncertainty, (a resolution) could unleash a substantial increase in US GDP growth."