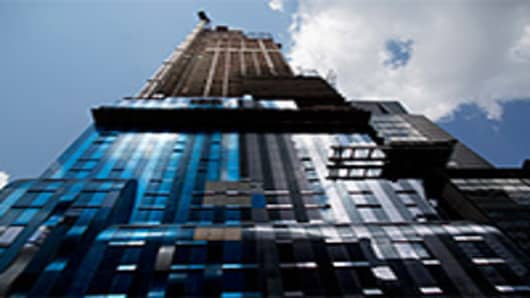 For most businesses, being in the headlines for endangering thousands of human lives would considered a liability.

One57, the high-priced condo tower overlooking Central Park, was the subject of countless news stories after its crane boom blew over during Superstorm Sandy and dangled dangerously above the streets of midtown.

Streets were closed, the neighborhood was evacuated, and thousands of residents were left stranded, away from their homes and offices. That's not to mention the traffic jams caused by the street closures and the police and fire resources that were diverted to the crane.

Michael Gross, the chronicler of high-end real-estate, labeled it "the dangling crane of doom," and assailed the developer's indifference to the neighborhood and to "mere middle-class mortals."

There are sure to be costly lawsuits from residents and businesses displaced from the damage.

Yet real estate experts say the dangling crane may not hurt One57 at all. As hard as it is to believe, the near catastrophe might even help the project.

Jonathan Miller, of Miller Samuel, the real-estate appraisal and consulting company, said that if the crane is taken down and construction resumes on the building quickly, sales for the building's units will be largely unaffected.

"The main thing is that there were no fatalities," he said. "If they can get back online in several weeks, then this is a non-event. If it's a six-month or 12-month ordeal, then it can affect the sales momentum."

He said that because the storm was so extreme, potential buyers give the building "a pass" on the crane boom buckling.

Units at One57 are selling for up to $90 million, making it among the most expensive in the city. The building is also the tallest residential condo tower in New York, stretching to 90 stories. 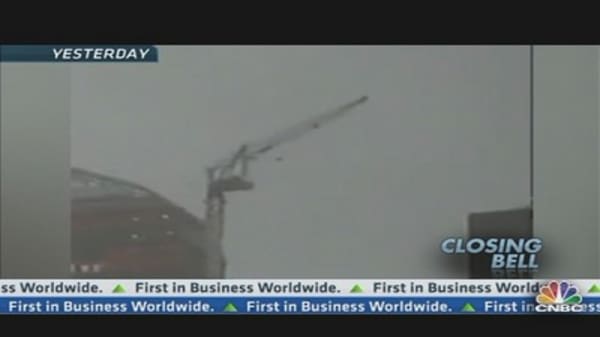 According to one buyer who spoke on the condition of anonymity, the incident only helped his decision to buy. He said the constant communications from Extell, coupled with the fact that the building itself withstood the storm without damage, gave him comfort.

"They are very professional, even in this crisis," he said. "This reinforced my decision."

Dolly Lenz, the New York luxury super-broker, said the incident had made building famous around the world, and continues to be photographed by tourists and New Yorkers alike.

"You couldn't buy this kind of marketing," she said. "It was happenstance, but this is now one of the most iconic buildings in the world."

It remains to be seen, of course, whether future buyers feel the same.