An election that was supposed to be about change actually could end up being an intensified dose of more of the same for investors. 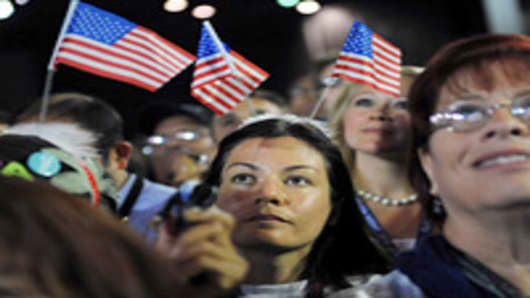 That likely will clash against even more uncertainty in Washington as en election that produced little more than the status quo failed to resolve the burgeoning fiscal issues that threaten the U.S. economy. (Read More: Next Up for Markets? The Fiscal Cliff)

While investors know what they have and may draw some relief, the morning-after stock market plunged as traders prepared for a second four years under the Democratic incumbent. The Dow fell more than 300 points, the most in more than a year, as traders worried over what was next in Washington's ongoing political war.

"The question is, does either side have the upper hand?" said Quincy Krosby, chief market strategist at Prudential Annuities in Newark, N.J. "Ultimately, the market has the upper hand."

The stock market has climbed about 76 percent over the past four years. Commodities have soared even higher, with gold and silver up more than 100 percent, and even bonds have maintained their value as a safe-haven trade for investors too afraid of market volatility.

Yet the investing climate has proven easily shakable, rising and falling on the fortunes of both the domestic variables as well as the tenuous situation in Europe, where a debt crisis has plunged the continent into recession.

Fresh comments from European Central Bank President Mario Draghi about slowness rattled traders Wednesday morning, reversing what had been a positive outlook for the market open.

Lack of demand from Europe was cited by U.S. companies during this earnings season, in which 63 percent topped analyst profit expectations but just 39 percent beat sales estimates.

"You're seeing the slowdown in European demand transmitted to U.S. corporate balance sheets," Krosby said. "You can't afford to have the U.S. go into recession, because the market will sell off at least 20 percent. You'll get the first hint of recession from demand as manifested in top-line growth."

Much of the trading over the past four years has been based off Fed policy, which in turn is driven by those economic risk factors that Krosby discussed.

The central bank during Obama's presidency has expanded its balance sheet from about $800 billion to approaching $3 trillion, with even more growth to come as the Fed cranks up the third round of its quantitative easing debt purchasing program.

"With Obama getting re-elected it's sort of the status quo and the QE carries on," said Lee Ferridge, head of macro strategy for North America at State Street Global Markets. "The result is positive for risk generally — negative for the dollar but positive for risk. We know the extremely loose monetary policy we've been used to so far will continue."

The election aftermath immediately saw speculation that the Fed even may amp up its QE efforts.

"The market reaction might be quite positive because the Europeans are clearly voting with relief that this seems the U.S. isn't going to go down the austerity route," Chuck Gabriel at Capital Alpha Partners told CNBC. "And it looks as though QE4 will be fine as early as the end of the fourth quarter."

For most market pros, there was little do except dance to the music the band will be playing.

"It might be good for Mr. Obama's friends, but it's not good for the world," widely followed investor Jim Rogers complained on CNBC in reference to the cheap-money policies of the past four years. 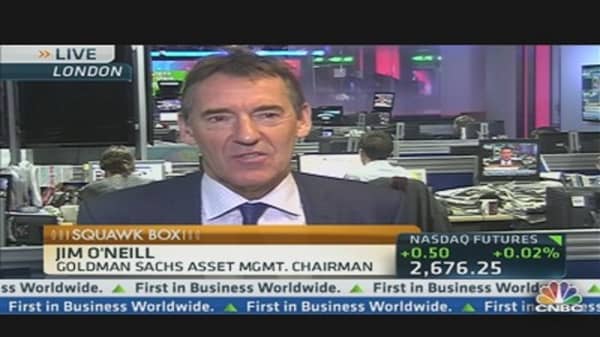 Indeed, along with the growth of Fed money printing came the continuation of massive public debt and deficits. (Read More: Economy Faces Slow Growth No Matter Who Wins Election)

The budget deficit stayed above $1 trillion for the duration of Obama's first term while the national debt swelled from the $10 trillion range to nearly $16 trillion, with projections toward $20 trillion by 2016.

All of that could come to a screeching halt if Congress and Obama cannot resolve what is known as the "fiscal cliff," a blend of tax increases and spending cuts set to take effect next year unless deficit-reduction targets can be met.

The market continues to hope for some type of resolution and has not priced in a worst-case scenario.

"The history of the relationship between Obama and the congressional leadership is one of eventual compromise, though not in the absence of circumstances forcing both parties to the table," said Tina Fordham, senior global political analyst at Citigroup.

She added: "Our expectation continues to be that the trail of last-minute, heart-attack compromises will continue, given the same actors retaining their positions, with appetite for comprehensive reform limited." 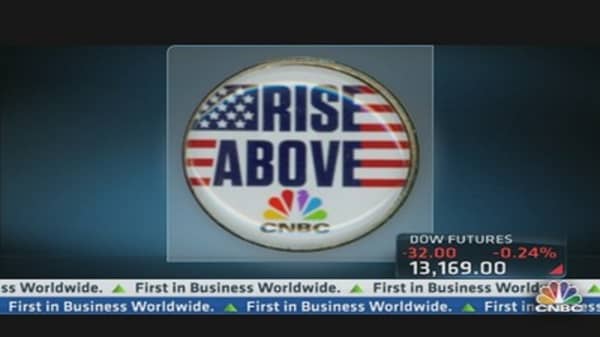 Vulture fund investor Wilbur Ross said he thinks more compromise is likely as Obama starts to worry about "the history books" and his legacy.

"What we're trying to figure out is what will be the initial move that the president will make. Will he reach across?" Ross said. "There's no reason for the president and Congress not to be beginning to interact constructively, even during the so-called lame-duck period."

From a market perspective, the attitude towards investing as well as the resolution of the fiscal cliff may have been "better the devil you know," said Jim O'Neill, head of Goldman Sachs Asset Management in London.

"One would hope looking from overseas that somehow your Congress ... these guys have somehow got to come up with a compromise," he said, adding: "I'm not so sure" that will happen.

In fact, the status quo election did little to assuage near-term worries about growth and the political stalemate that threatens the economy. (Read More: Status Quo as Dems Hold Senate, GOP Keeps House)

Economists estimate that going over the cliff could sap half a trillion dollars or more from the U.S. economy, something it can ill afford after a quarter of just 2 percent growth and some forecasting flat or negative growth to start 2013.

"Both sides can claim some support from the election results," Nomura Securities economist Lewis Alexander said. "We believe the debate over the fiscal cliff will be contentious and a drag on both growth and asset markets until it is resolved."

Michelle Meyer, senior U.S. economist at Bank of America/Merrill Lynch, said the economy could start the year out slowly, but rebound into the second half as some of the outstanding issues get resolved.

"I don't think we get to 3 percent GDP growth, but we break this high-1 percent, low-2 percent range," she said.

"There are a lot of challenges in terms of the growth outlook," Meyer added. "In the short term you still have challenges from fiscal cliff uncertainty and election uncertainty and working through the Hurricane (Sandy) effect. But I'm starting to feel a lot more positive about growth starting in the spring or the second half of the year."