Siemens will cut costs and push to concentrate its efforts on its core businesses as it battles against the prevailing weak macro-economic environment, CEO Peter Löscher told CNBC on Thursday. 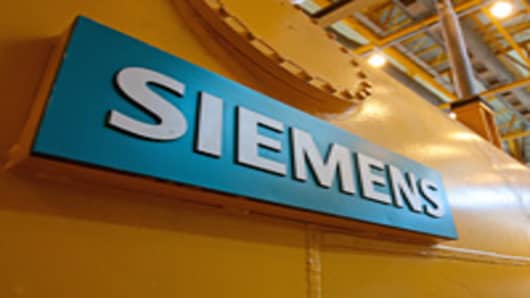 Germany's most valuable company, an engineering conglomerate focusing on industrial, energy and healthcare, is planning to save 6 billion euros ($7.65 billion) by 2014 as it moves to improve profitability amid slower global growth.

"It's an ambitious plan but that is how we will be driving shareholder value, supported by a fitness program of our portfolio strengthening our core and getting rid of businesses that have different owners with better perspectives for them," he added.

Loescher would not be drawn on where these cost savings would come from and remained elusive on the prospect of job losses in Germany and the rest of Europe, a sensitive topic for many European companies as governments try to battle rising unemployment.

"There will be job losses but this is not a target setting approach to job losses but it's a cost saving approach. Three billion of the 6 billion will come out of supply chain initiatives, project execution improvements. The clear focus is based on cost but it's not a top down job cutting process," he said.

German unions have been vocal in attempting to protect jobs. Siemens has so far avoided cutting major jobs in Germany, but in a cost cutting program lower cost base centers will inevitably have their allure over the relatively higher cost of a European workforce.

"If we have structural issues we will adapt. We had to lay off 600 workers in the United States because the subsidy support was running out and we had to adapt. Where we have economic downsides we have enough flexibility to go through the cycle," Löscher said. 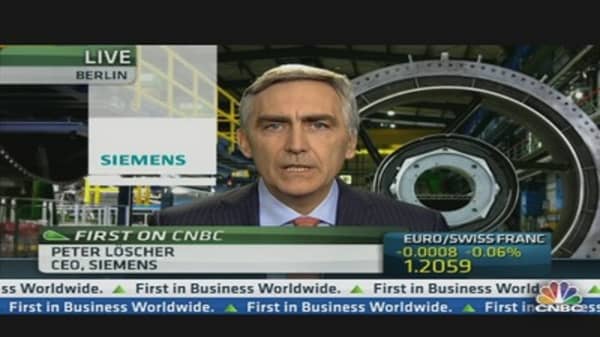 The company - which makes products ranging from wind turbines to fast trains and hearing aids - has already said it will sell its solar businesses and exit the Desertec renewable power program.

Siemens said it expects to post 4.5-5.0 billion euros of net profit from continuing operations in its fiscal year through September 2013, including about 1 billion euros of costs from the new savings program.

In the fiscal fourth quarter, net profit eased by 2 percent to 1.48 billion euros, weighed down partly by a 327 million euro hit at its oil and gas business in Iran due to new trade sanctions imposed on the country.