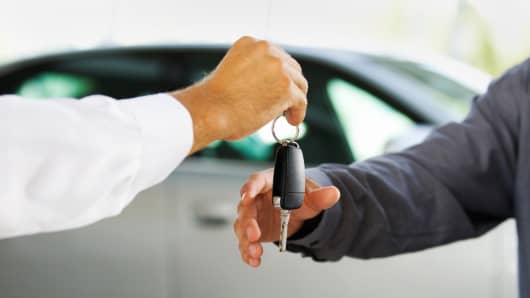 The news from Tesla was long expected. Less than six months after delivering the first Model S, the electric vehicles maker is raising the price of the Model S by $2,500.

The base Model S will sell for $59,900 ($52,400 after the federal tax rebate) for those ordered after January 1st. (Read More: Tesla Delivers the Model S, Will It Live Up to Expectations?)

Tesla has said for some time that it would be raising the price of its first sedan, but it's not the only automaker hiking prices.

"There's no doubt you're going to see sticker prices go up," says John Humphrey, Senior Vice President of J.D. Power. "With the content going into new cars and trucks, the costs will have to be passed along to buyers."

What kind of costs?

The biggest change is with newer more fuel efficient engines. Automakers are required to move the average fuel economy for their fleet of vehicles to 34.1 MPG by 2016 and 54.5 MPG by 2025 (currently at 29.7 MPG). Getting there will mean major upgrades in the engines and components of vehicles.

"I think you'll see just cost of engines alone going up in the neighborhood of $800 to $1,000," says Jim Lentz, President and CEO of Toyota Motor Sales.

Paying more, stretching it out further

If it's been a while since you've been into a car dealership, go take a stroll. You'll find two things: higher sticker prices and a greater willingness to stretch out your auto loan payments. Look at how much transaction prices (what customers ultimately pay) have gone up in the last four years.

As those prices have gone up, car buyers are looking to keep their monthly payment as low as possible. So they're stretching out their auto loans further, often spreading new car payments over 6 and 7 years.

Even as they go smaller, they don't want to give up the creature comforts they've come to expect in all cars regardless of size. "People are migrating into smaller cars and crossovers. They are more comfortable driving those vehicles, provided those models have what they want." said Humphrey.

This means the days of small cars being sold for under $20,000 are limited. Sure, auto companies will still run ads saying new models start at under $20,000. In reality, those are the base models with few standard features. As people load them up with the type of content they want, the prices will move higher.

It may not be sticker shock for new car buyers, but they're definitely in for a surprise in the months ahead.