Computers, intelligent machines, and robots seem like the workforce of the future. And as more and more jobs are replaced by technology, people will have less work to do and ultimately will be sustained by payments from the government, predicts Elon Musk, the iconic Silicon Valley futurist who is the founder and CEO of SolarCity, Tesla, and SpaceX.

According to Musk, there really won't be any other options.

"There is a pretty good chance we end up with a universal basic income, or something like that, due to automation," says Musk to CNBC. "Yeah, I am not sure what else one would do. I think that is what would happen."

In a country with universal basic income, each individual gets a regular check from the government. Switzerland considered instituting a universal basic income of 2,500 Swiss francs ($2578) a month this summer. Voters ultimately rejected the plan, but it sparked a broad, global conversation.

Also this summer, President Obama addressed the idea of a universal basic income in an interview with the Director of MIT's Media Lab, Joi Ito, and Scott Dadich, editor in chief of WIRED: "Whether a universal income is the right model — is it gonna be accepted by a broad base of people? — that's a debate that we'll be having over the next 10 or 20 years."

While society is slowly mulling over the idea of a basic human income, technology is rapidly changing the global workforce.

For example, in the future, semi-trailer trucks will be able to drive themselves. And though that won't become the status quo for a while, it will mean that there won't be a need for quite as many truck drivers, says Musk.

Some drivers will transition to fleet operators, responsible for monitoring the status of a fleet of trucks, not any one individual truck. If a truck appears to be having issues, then the fleet operator would come in remotely and solve the problem.

It's likely those truck drivers who no longer have a job might see the situation differently.

But the optimistic Musk sees increased automation as an overall benefit to society, even an opportunity.

A long horizon of leisure time may sound good, but it can also be an intimating prospect. For many, having a job and someplace to be each day is grounding and gives purpose to life.

Indeed, Musk himself is driven by his professional ambitions. He hasn't needed to work to pay his bills for well over a decade. In 2002, Musk sold PayPal, the online payments company he co-founded, to eBay in a deal that put $165 million in his pocket. Instead of kicking back, he has launched multiple companies and is trying to get to Mars.

Even though Musk's ambition may be more outsized than most, many Americans would probably also want to continue doing some kind of work. Binge watching Netflix is only enjoyable for so long. 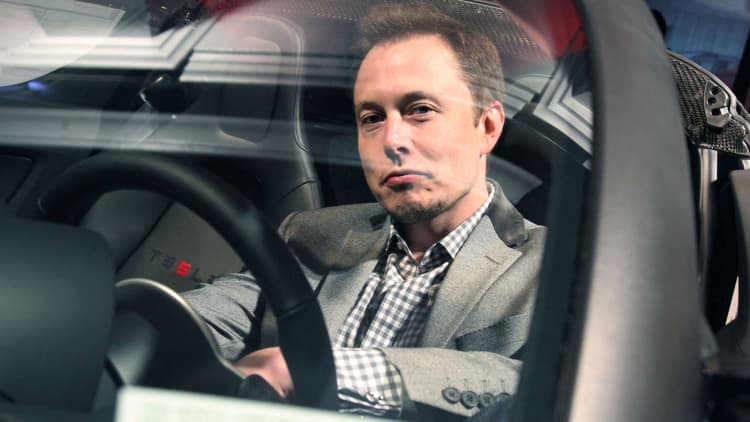 VIDEO1:0501:05
Elon Musk on the election: Not the finest moment in our democracy
Squawk Alley