It was shortly after he sold his computer company BRAK Systems to AT&T Canada in 2000. Herjavec bought himself a $6 million plane.

"Now, it sounds really fancy...but if we go back in time it was this tiny little airplane," Herjavec tells CNBC Make It. "It had a propeller and only one engine, but I thought it was the biggest jet in the world.

"I just couldn't believe that people could own their own airplane," he adds. "My god, I thought I was so fancy. The first time I got on it, I must have taken 600 pictures on the way from the terminal to the airplane."

Though Herjavec sold BRAK Systems for a reported $30.2 million CAD (which at the time would have been around $20 million US), he didn't come from money. His family fled Yugoslavia in 1970. He arrived in Canada by boat with his parents, a single suitcase and just $20. But Herjavec worked hard — first, waiting tables and delivering newspapers, and eventually launching a computer company from his basement.

Since then, he's made a multimillion-dollar fortune. Now, Herjavec is the founder and CEO of cybersecurity firm Herjavec Group, and for the past decade, has been investing in a number of innovative companies that have graced the stage on ABC's "Shark Tank."

These days, Herjavec can certainly afford to fly private, but it's not just about the splurge.

"Most people think traveling on a private jet is a luxury," Herjavec previously told CNBC Make It. However, "most people with a private jet are not doing it for the luxury, but to save time. I can often save hours by flying private. There is no greater example of the cost of time than that, because every minute you are on a private plane costs money."

Indeed, Herjavec's "Shark Tank" co-star Mark Cuban bought a private jet "because the asset I value the most is time, and that bought me time," he told Money.

Herjavec tells CNBC Make It that the Gulfstream G IV jet he owns now is "a lot bigger," and it's also more expensive. But to him, that first plane had a lot more meaning.

"When I tell you this airplane was tiny, it was tiny," Herjavec says. "But it didn't matter; I had my own airplane. One of the greatest moments of my life. ...I was more excited about the first one than the one I have now."

Don't miss: This is the No. 1 piece of advice Kevin O'Leary would give his younger self — and it would have saved him a lot of money 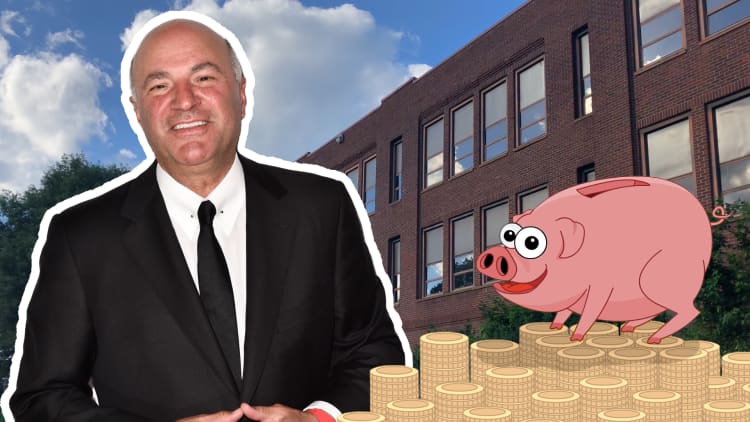 VIDEO1:4701:47
Kevin O’Leary: This is how much it costs to raise a kid
Adulting
Spartan race founder Joe De Sena on overcoming your biggest fears: 'In most cases, fear is fiction'
Tom Huddleston Jr.
Adulting 101: What to do in your 20s to set yourself up for financial success
Kerry Breen and Robert Ciridon
She spent $5,000 — half of her life savings — to teach kids financial literacy. Here's why
Brandon Gomez
Read More