Before Roper became Google's head of mobile brand strategy in 2014, he made a point of constantly taking steps to build his skill set. He would propose complex projects, partner with people in different industries and even switched jobs based on what he thought he could learn in the next role.

That skill-seeking strategy, along with one very bold move in particular, helped him land a leadership position at one of the most important companies in the world.

"If you're fearless," Roper tells CNBC, "you're able to go after the goals that you want to achieve."

In 2013, he sent a cold email to the CEO of Songza, a music app he loved. He asked if the company was looking for anyone to help run sales.

While Songza did not have any job openings listed online, the CEO responded saying that he was, in fact, looking for a sales executive. Roper landed the job, and a few years later, Google acquired the app. Soon after, Google asked him to join the team.

"If you don't put yourself out there," he says, "nobody's really going to hand you the big project, or hand you the job."

When you take a risk such as cold emailing a hiring manager or proposing a new project to your boss, people will notice, according to the executive. In fact, bold moves like these help you regardless of whether someone notices, according to former Google career coach Jenny Blake.

Roper isn't the only business leader whose career took off as a result of boldness.

Ursula Burns, executive chairman at Xerox, got a promotion that set her on track to the C-suite after she challenged an executive in a meeting. Mark Zuckerburg, Steve Jobs and other tech visionaries dropped out of college to pursue their ideas. While those moves may seem exceptionally bold, successful people often take big risks.

"The most important characteristic for young professionals," he says, "is to be fearless, to really put yourself out there and accomplish your goals."

Check out Roper's strategy for mapping out your career. 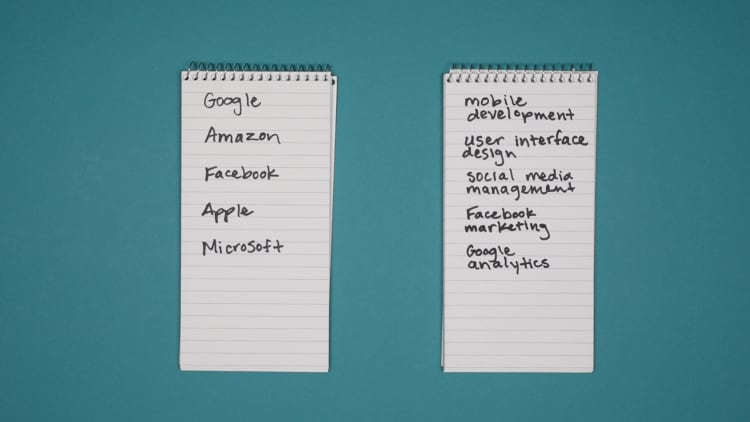 VIDEO0:5900:59
Google exec shares two easy tricks to boost your career
How to Win in Business