Skip Navigation
Psychology and RelationshipsHarvard neuroscientist: The 'most underrated' skill all successful people...
Juliette Han, Contributor
Unlocked73-year-old pays $370/month to live in a 1,066-square-foot airplane
Celia Fernandez|Beatriz Bajuelos Castillo
Health and WellnessI'm a psychologist in Finland, the No. 1 happiest country in the world—here are...
Frank Martela, Contributor
A Monopoly Peel to Play game sticker is seen on a McDonald's Corp. Big Mac hamburger arranged for a photograph in Tiskilwa, Illinois, U.S., on Friday, April 15, 2016.
Daniel Acker | Bloomberg via Getty Images

A lot of people cheat at board games. But few fraudsters can compare to Jerome P. Jacobson's Monopoly scam that netted over $24 million — and that's in real money.

The details of how Jacobson, a former police officer, pulled off a multimillion-dollar scam include a national McDonald's Monopoly game promotion and a stealthy heist that found Jacobson sneaking into an airport bathroom stall to swap out handfuls of winning McDonald's Monopoly stickers. It ends with an FBI sting and a fake TV commercial that bring the whole massive fraud collapsing around Jacobson like a house of cards

It's a story so full of twists that a heist movie about his fraud is already in the works, with Ben Affleck set to direct and Matt Damon attached to star. The scheme is also the subject of a new HBO documentary series, "McMillions."

How the scam worked

Jacobson, also known as "Uncle Jerry," was once director of security for Simon Marketing. In the 1990s, Simon made the game pieces used in McDonald's promotional contests, including the Monopoly and Who Wants to Be a Millionaire games, where customers could win up to $1 million in prizes just by buying items like french fries or a soda.

It was Jacobson's job to look after game pieces for McDonald's promotional events, making sure no employees pocketed any of the prizes themselves. But in the mid-90s, Jacobson figured out a way to rig the popular game so that the most lucrative winning game pieces would almost always find their way to people he knew — people who then shared millions of dollars in winnings with him, according to federal officials who announced the arrests of Jacobson and seven of his associates in 2001.

Securing the game pieces often meant Jacobson had to personally carry them in a case shut with a tamper-proof seal. He would take the stickers to packaging centers around the country where he would apply them himself to french fry cartons and soda cups bound for McDonald's locations previously selected by a random computer drawing, according to The Daily Beast, which viewed sealed court documents from Jacobson's case.

Even though he was the head of security, Jacobson was also under constant surveillance by an independent auditor, The Daily Beast noted. She followed Jacobson wherever he carried the game pieces, double-checking that the winning McDonald's game pieces never left their tamper-proof case.

McDonald's ran multiple Monopoly game promotions in the late-1980s and early-1990s, but in 1995 the fast-food giant ramped up the stakes and prizes ballooned from thousands of dollars to a grand prize of $1 million. For Jacobson, who reportedly earned about $70,000 a year, the temptation to siphon off the winning pieces seemingly became too strong. It was then that Jacobson's multimillion-dollar scheme kicked off in earnest, federal officials say. 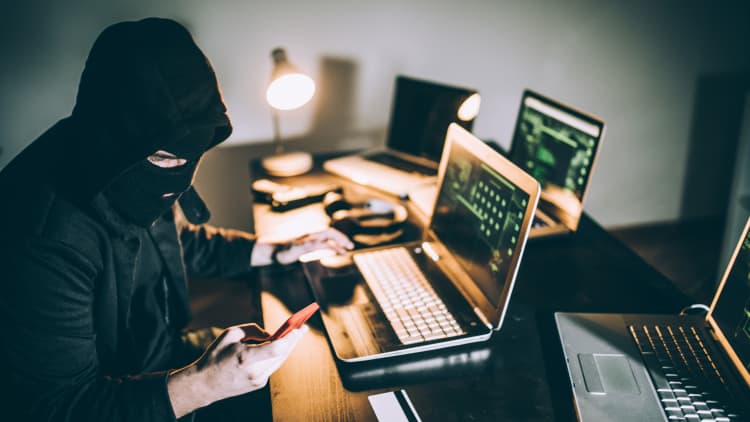 VIDEO2:1802:18
Ex-con artist: Here are the only items you need in your wallet
Make It

It was also around that time that a foreign supplier in charge of sending Simon Marketing the tamper-proof seals mistakenly sent a whole package of seals to Jacobson directly, according to The Daily Beast. Suddenly, Jacobson had a way of opening and re-sealing the packages of winning McDonald's game pieces.

In order to open those packages without the auditor catching on, Jacobson had to sneak off to the one place the woman auditor couldn't follow him: the men's bathroom. In airport bathroom stalls on his way to McDonald's packaging centers, Jacobson would open sealed packets of winning game pieces, dump them into his hand and replace them with regular, non-winning stickers before re-sealing the packet with his supply of seals.

Once he had a supply of winning game pieces, though, Jacobson needed to find some "winners." Since Jacobson couldn't claim any prizes himself without instantly exposing his scheme, he used friends and family to recruit people who would pay tens of thousands of dollars upfront to Jacobson and his network of recruiters to secure winning game pieces worth hundreds of thousands of dollars, all the way up to the $1 million grand prize.

At one point, Jacobson even anonymously mailed a $1 million game piece to the donations clerk at the St. Jude Children's Research Hospital in Tennessee. The mysterious donation made national news at the time, though a source close to Jacobson later told CNN he'd sent the winning game piece in the hopes that the good deed might secure him a more lenient sentence should he ever be caught.

Jacobson replicated the scam throughout the 1990s. He sold game pieces to members of his classic-car club, a man he met in the Atlanta airport, and a gambler and ex-con in Florida named Andrew Glomb who passed out winning game pieces to a network of friends.

Aside from the upfront cash payments, the one sticking point for any of these transactions was that Jacobson insisted his associates not claim the winnings themselves, but pass along the winning game pieces to people in other states, so as not to arouse suspicion with a string of winners who lived in the same area and had connections to Jacobson. Much like Jacobson, the recruiters would typically also demand cash payments upfront from the eventual "winners."

Despite Jacobson's attempts to distance himself from the people who eventually claimed the winning game pieces, federal authorities eventually noticed a preponderance of McDonald's winners whose permanent residences were clustered in Georgia (where Jacobson lived) and Florida (where he had previously worked as a police officer for four years).

In March 2000, the FBI received a tip about William Fisher, a $1 million winner in 1996. Fisher was the father-in-law of the man Jacobson had met in the Atlanta airport. Even though Fisher drove to New Hampshire to claim his prize, federal authorities working with McDonald's easily found that he lived in Jacksonville, Florida. That was near a cluster of other big winners, including one family that claimed three separate $1 million prizes plus a Dodge Viper sports car, according to The Daily Beast. (Fisher would eventually be sentenced to roughly three years of probation and ordered to pay $300,000 in restitution, according to court documents.)

When McDonald's launched yet another promotional game in 2001, the FBI was ready with wiretaps on recent suspicious winners as well as on Jacobson, who was a natural suspect as the head of security living near one of the clusters of winners.

The FBI arrested Jacobson and seven accomplices in August 2001, charging them all with felony conspiracy to commit mail fraud as part of the sprawling scheme that had netted a total of more than $24 million worth of cash and prizes.

"This fraud scheme denied McDonald's customers a fair and equal chance of winning," then-U.S. Attorney General John Ashcroft said at the time at a press conference announcing the arrests.

The FBI continued to piece together Jacobson's huge network of accomplices and, eventually, more than 50 people in total were convicted of mail fraud and conspiracy.

Jacobson, who was 58 years old at the time of his arrest, was later sentenced in 2003 to serve 37 months in prison and pay more than $12.5 million in restitution. Glomb and three of Jacobson's other most prolific recruiters, including his nephew Mark Schwartz, were each sentenced to just over a year in prison.

While the government never revealed exactly how much money Jacobson reaped from the scheme, he reportedly said during his trial that he stole up to 60 winning game pieces and typically charged roughly $45,000 to $50,000 per sticker. At that rate, he easily could have netted upwards of $3 million.

The arrests caused something of a public backlash against the McDonald's promotional games once the restaurant's millions of customers realized that Jacobson's scheme had ensured that the games had produced hardly any legitimate winners for the better part of a decade. To make up for the previous stretch of tainted games, McDonald's announced a special $10 million instant cash giveaway, with that total split among 55 different winners who were chosen at random.

McDonald's also immediately cut ties with Simon Marketing and the two companies sued one another for breach of contract (with McDonald's eventually settling the matter out of court by paying Simon Marketing $16.6 million). Unable to recover from the fallout of the scandal, Simon Marketing announced plans to close shop and liquidate in 2002.

"McDonald's is committed to giving our customers a chance to win every dollar that has been stolen by this criminal ring," McDonald's then-CEO, Jack Greenberg, said in a statement at the time. 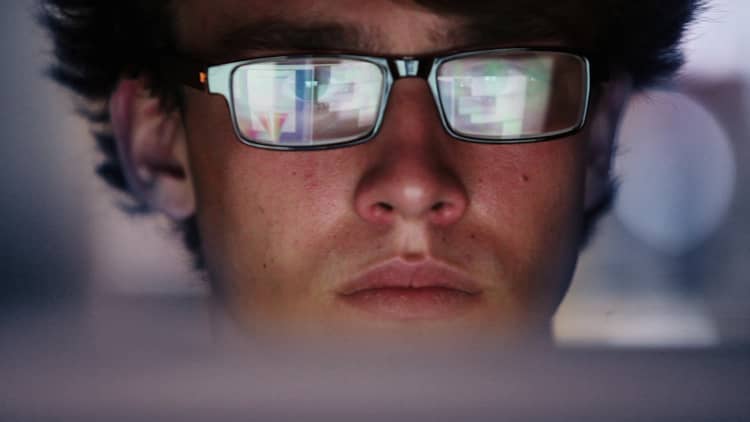