As Covid-19 descended on the U.S. and began closing businesses, schools and community centers, 56% of U.S. households engaged in charitable giving to help their neighbors through the crisis, according to a new report from Indiana University's Women's Philanthropy Institute (WPI).

One-third of U.S. households gave money directly to charitable organizations, other individuals or businesses, according to the report, which surveyed 3,405 people in the general population in mid-May of this year. That's similar to previous disasters, according to the report. Even with all of the economic insecurity of the coronavirus recession, people in the U.S. continued to donate money.

But it's not just direct charitable contributions that made a difference during the "unprecedented environment" coronavirus created, the report notes. People responded to the crisis in unique ways: Almost half, 48.3%, engaged in charitable giving indirectly. Households made a point to order takeout from local restaurants, purchase gift cards from their favorite boutiques or continue to pay for services, like a housecleaning or day care, that they were unable to use during shelter-in-place orders, among other types of giving.

While that type of indirect giving wouldn't typically be considered charity, in the time of coronavirus, it has been a lifeline for some small businesses and service workers. And it's notable that this financial support was given in addition to typical charitable contributions.

With people forced to stay in their "bubbles," there was a big shift to indirect aid, Jeannie Sager, WPI's director, tells CNBC Make It. People became more aware of the needs of their community members, and they wanted to help their neighbors and local businesses through the downturn. Some people, for example, bought groceries for the elderly or performed other types of labor for their most vulnerable neighbors, she says.

Social distancing "made a really big difference in how we engaged in generosity," Sager says. "You couldn't volunteer anymore."

Smaller, community-based groups, like giving circles and mutual aid groups, were also able to meet the challenges of the crisis more quickly than national charity networks, Sager says. They were able to act quickly, pivoting to meet the needs of community members right away.

More from Your Money Mindset:
Op-ed: Non-profit sector, slammed by the pandemic, needs the generosity of investors
Americans are raiding retirement savings during coronavirus pandemic
Applications for life insurance are on the rise—here's what you should know before you buy

Covid-19 is an 'enduring crisis'

Not everyone was able to give more. People 65 and older were less likely to engage in giving in relation to coronavirus than younger people, according to the report. And that's unusual, Tessa Skidmore, a research associate at WPI and co-author of the report, tells CNBC Make It, noting that older people typically give more.

But the uniqueness of the pandemic and ensuing economic fallout changed the calculation for older Americans. Not only might they have been worried about contracting the virus, but they may also have had more concerns about their financial outlook, making them less likely to give.

"Young people were possibly feeling like they were more in a position to contribute," says Skidmore, "especially when they realized the additional ways they could give back beyond the traditional ones."

Millennials and Gen Z might not have select charities they give to each month, but it's possible they were more inclined to be convinced by social media or news reports to buy local, for example.

Similar to baby boomers, women who are more highly educated and who have higher incomes are typically more likely than other groups to make a disaster-related donation under normal circumstances. But during the first two months of Covid-19, single women were more likely to decrease giving than single men or married couples.

One potential reason why: Women have been harder hit by the coronavirus recession, says Sager. Not only have they lost jobs at higher rates than men, but they are also more likely to be caregivers or working on the front lines. All of those elements have an impact on the decision to donate.

This is an enduring crisis, as opposed to a one-hit disaster. There isn't a stop and an end ... the scale of this is unprecedented.
Jeannie Sager
Director, Women's Philanthropy Institute

Still, Sager is optimistic about the future of philanthropy, though she also notes that the report is incomplete. Just after respondents were surveyed, Black Lives Matter protests started across the country, including calls for charitable donations to bail funds and social justice organizations and support of Black-owned businesses. The presidential election is also in full-swing, and wildfires are raging across the western U.S. All of these events will complicate the full picture of 2020 and how people prioritize charity during the pandemic.

"This is an enduring crisis, as opposed to a one-hit disaster," says Sager. "There isn't a stop and an end ... the scale of this is unprecedented."

Clarification 9/18/2020: This post has been updated to reflect that single women were more likely to decrease giving than single men or married couples. 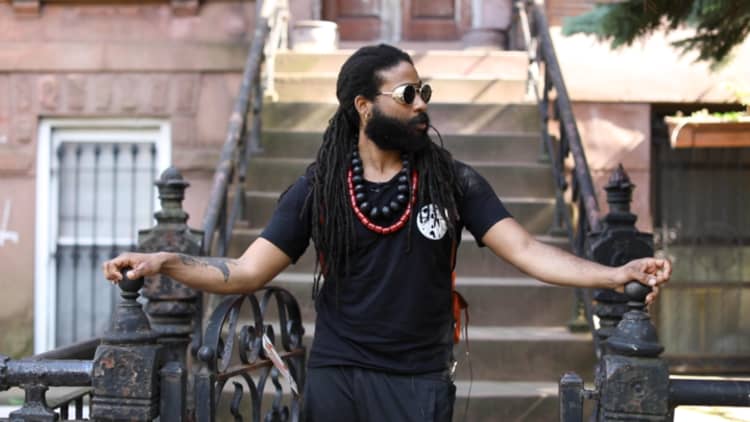 VIDEO15:5515:55
Homeownership and America's growing wealth gap
The Great Divide
4 pieces of advice financial advisors are giving their clients in 2020
Alicia Adamczyk
Here's how to navigate your finances when the future is still so unclear and Congress hasn't passed more stimulus
Megan Leonhardt
Personal finance advice relies on shame; what if we tried empathy?
Emma Pattee and Stefanie O'Connell
Read More