Increasing your chances of living to 90 could boil down to your behaviors, not just genetics, research shows.

Currently, one in 5,000 people in the U.S. are centenarians, or people who are 100 or older, according to Dr. Thomas Perls, professor of medicine at Boston University Chobanian & Avedisian School of Medicine and director of the university's New England Centenarian Study.

The study, which is the largest and most in-depth of its kind, has tracked over 2,000 people aged 100 and older, since 1995, to determine if certain factors contribute to living a longer life.

Perls also created a life expectancy calculator that formulates an estimated age you may live to, based on answers to questions about how often you work, the frequency of your doctor's visits, your sleep habits and more.

"If you're getting to 95, you're usually doing that because of really good health behaviors," says Perls, as well as benefiting from good luck and good genes.

5 daily practices to up your chances of living to 90

Through another study that tracked the behaviors of the adherents of a religious group, Seventh Day Adventists, researchers were able to narrow the most important daily practices for longevity down to these five.

On average, followers of the religion tended to live to between age 86 and 90, regardless of race, ethnicity and socioeconomic status. The only common theme was that they all strictly followed the five behaviors listed above.

'The older you get, the healthier you've been'

While researching, Perls noticed that several people had reservations about living a long life, which prevented them from seeing the value of maintaining healthy behaviors. "Some people think that the older you get, the sicker you get and that they wouldn't want to live to that age. And that's actually very flawed reasoning," he says.

Actually, he says, "the older you get, the healthier you've been."

Perls has had the opportunity to meet many centenarians, and some of them even live very active lives, he told BU Today, a publication at Boston University.

"One lady I remember, Celia, she was 102 and she was never around for me to go visit her at this independent living community," Perls said during BU Today's podcast. "I thought maybe she was out seeing her doctors or something. But no, she was out playing piano at all kinds of gigs, and really complex Chopin."

Genetics plays a notable role in all of this, as well. Only "about 75% of living to around 90 is going to be your health-related behaviors," says Perls.

But by age 110, it flips, and longevity becomes more dependent on genetics. When researchers analyzed 200 people aged 110 and older, they found that around 75% of the ability to live that long was based on having the right combination of rare genetic variants.

There's a strong gender component too, as about nine out of 10 centenarians are women.

"Women very much win the longevity marathon compared to men. It's not clear at all why women do so much better in terms of getting to these most extreme ages," says Perls.

If you're interested in estimating how long you could live, you can check out Perls' life expectancy calculator. Upon completion, you'll receive a calculation of what age you may live to from your responses, and a detailed breakdown of how you can increase the age by changing your behaviors.

Want to earn more and work less? Register for the free CNBC Make It: Your Money virtual event on Dec. 13 at 12 p.m. ET to learn from money masters like Kevin O'Leary how you can increase your earning power. 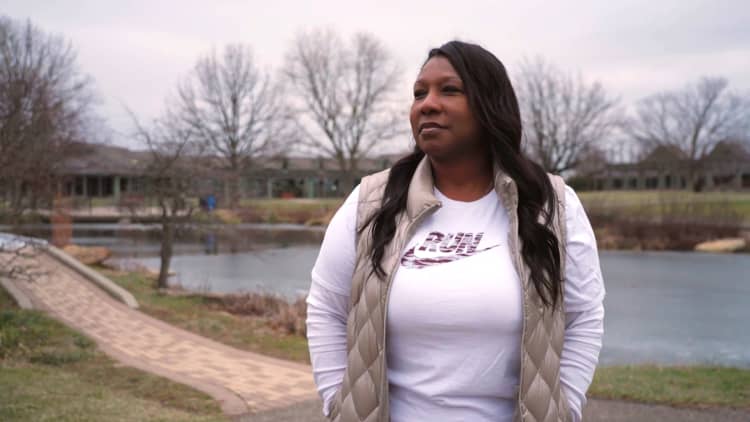