Before renowned chef Anthony Bourdain made a splash with his best-selling memoir, "Kitchen Confidential," in 2000 at age 44, he, like many Americans, didn't have any savings.

"I didn't put anything aside, ever," the star of CNN's "Parts Unknown" tells Laurie Woolever of Wealthsimple, an online investing service that simplifies investing. "Until 44 years of age, I never had any kind of savings account. I'd always been under the gun. I'd always owed money."

Bourdain, who was a working as a chef at the time, wasn't just living paycheck-to-paycheck. He was in debt, hadn't filed his taxes in 10 years, and was seriously behind on rent, he says: "In my daily life, the goal was to muffle the anxiety that I'd feel as I tried to drift off to sleep knowing that, at any point, what little money I had in my bank account could be garnished by the IRS or the credit card company. The landlord could kick me to the curb."

That was his reality until "Kitchen Confidential" became a hit, making Bourdain a star and giving him the opportunity to leave the kitchen and pursue a different career.

The transition changed how he approached his finances.

"Once I did that risky thing, leaving the only profession I knew to become a professional writer and TV guy, I was, and continue to be, very careful about the decisions I make every day," Bourdain says. "That was really the first time I started thinking about saving money. About not finding myself in that terrifying space, that uncertainty."

He called up the IRS and his credit card company and paid what he owed. Since then, Bourdain has been "fanatical" about living debt-free. "I don't want to carry a balance, ever," he says.

As for savings, "I'd like my daughter and her mom looked after, both while I'm alive and after. They shouldn't have to worry if something bad happens, so my investments and savings are based on that. I'm super-conservative."

Of course, you can't expect or rely on a windfall to help you turn a bad situation around. That's why it's smart to set aside money consistently, even if it's just a small amount each month.

In addition to building an emergency fund, you'll want to contribute to a tax-advantaged retirement account, such as a 401(k), Roth IRA or traditional IRA, where your money will grow effortlessly over time.

To figure out if you're setting aside enough money, check out this formula that tells you how much you should have saved at every age. 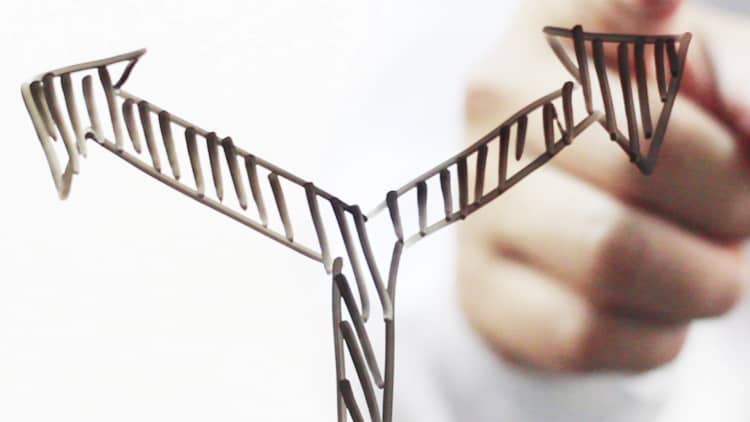 VIDEO1:0501:05
Use this simple rule to structure your savings
Make It: Voices