The median income of American households decreased significantly from 1999 to 2014 across the lower, middle and upper classes, according to Pew Research Center.

The research group found that, "nationwide, the median income of U.S. households in 2014 stood at 8% less than in 1999, a reminder that the economy has yet to fully recover from the effects of the Great Recession of 2007-2009." 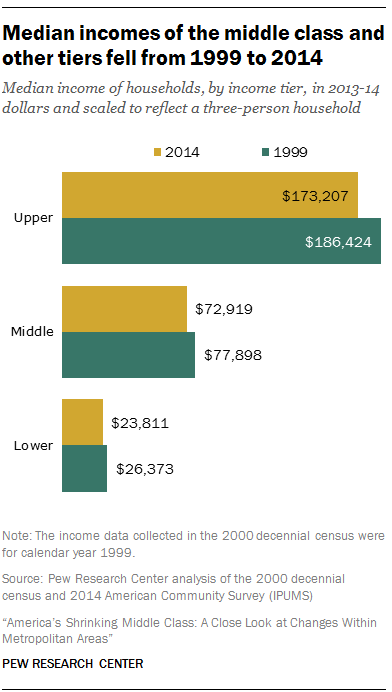 Despite this drop in income, members of the upper class are still doing well for themselves.

Pew defines upper class as adults whose annual household income is more than double the national median ($55,775 in 2016), after incomes have been adjusted for household size. Smaller households require less to support the same lifestyle as larger households, Pew notes.

Of course, there's more to class than income — upper class can also be identified by net worth, education and occupation, for example — but household income can be a useful tool by which to group people.

Here's the breakdown of how much you have to earn each year to be considered upper income, depending on the size of your family: 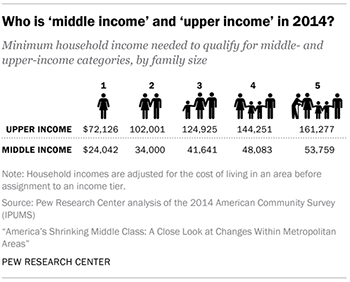 Now see how much you have to earn to be considered middle class.

VIDEO0:5200:52
Here's how much you have to earn to be considered middle class
Your Money's Worth