Billionaire entrepreneur Sara Blakely has built a business empire with shapewear company Spanx, and has a net worth of $1 billion, according to Forbes. What might be even more impressive, though, is that Blakely has managed to achieve all that success without a single cup of coffee. Ever.

The Spanx founder tells New York Magazine’s The Cut that she's never had a cup of Joe. Instead, she has a unique and slightly awful-sounding smoothie, chock-full of healthy ingredients to start her day. Indeed, her husband, she says, thinks it’s disgusting.

“It has frozen wild blueberries, a few dark cherries, kale, dates, cinnamon, spinach, cilantro, fresh mint, lemon, water, ice, chia, and walnuts,” Blakely tells The Cut. “It’s thick and I eat it like ice cream, so it makes me feel like I’m having dessert.”

She also sips on green tea with honey sourced from a local honey beekeeper in Georgia and homemade cashew milk, she says.

Billionaire Blakely certainly puts an emphasis on keeping her mind and body healthy. She tries to do yoga at her house every day at 6:30 a.m., and she takes a bath every single night to wind down, she tells The Cut.

“I sit in the bath for usually five or ten minutes," Blakely says. “I get really, really, warm and then I get out. It calms my body down but it also helps keep me warm in bed. I use drugstore lavender Epson salts every night with the bath.”

Though coffee isn't her thing, commuting is. The entrepreneur previously revealed another routine that keeps her creative thoughts flowing.

“I've identified where my best thinking happens, and it's in the car," Blakely said on podcast Masters of Scale with Reid Hoffman. "I live really close to Spanx, so I've created what my friends call my 'fake commute,' and I get up an hour early before I'm supposed to go to Spanx and I drive around aimlessly in Atlanta with my commute so that I can have my thoughts come to me."

Whatever she's doing, it's working. Blakely has achieved serious success with Spanx; the company has an estimated $400 million in yearly sales. 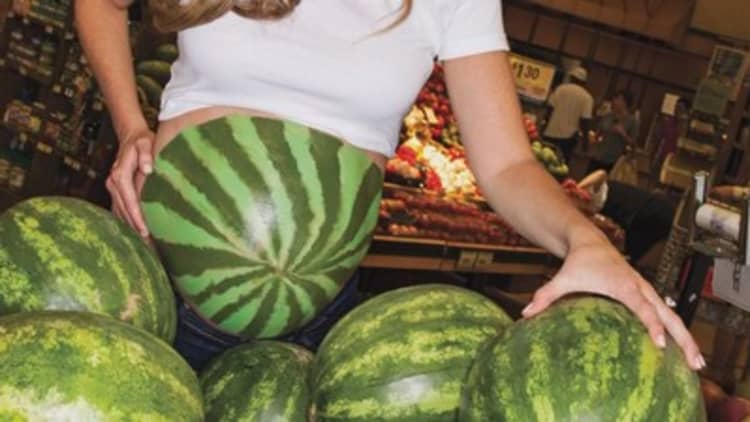