It's a familiar scenario in most workplaces: A few employees whose skills and performance seem average keep getting promoted — sometimes over their top-performing colleagues.

There can be a number of reasons for this, but bestselling management author and CNBC contributor Suzy Welch says there's a particularly common one. The people speeding ahead, she tells CNBC Make It, tend to be "happy extroverts." It's a personality type that gives some people "a real career advantage."

She says she first observed this 30 years ago when she noticed that it wasn't the smartest person among her Harvard Business School classmates who got hired first, but rather the most popular. These people, she says, were "the ones who were outgoing and friendly — warm, authentic and highly verbal — the ones who planned the beach picnics and tracked you down after class to compliment you on a good answer."

At first, Welch says, she found this dynamic irritating. "I remember calling home and moaning, 'Mom, I don't think my grades here actually count at all!'"

But since then, she says, "I've watched the happy extrovert phenomenon play out in companies of every kind. And now, as a boss myself, I understand why."

"Organizations run so much better when teamwork is high and drama is low," says Welch. "Happy extroverts help make that happen." And when these individuals over-deliver on their work, they can become, ultimately, a boss's "favorite type of employee."

But Welch says if you're an introvert there's no need to despair. "Two of my own kids are your comrades, and they've done just fine professionally." In addition to performing at a high level, she says her introverted kids also "make sure to tell everyone, bosses included, not to mistake their reserve for negativity."

Organizations run so much better when teamwork is high and drama is low.
Suzy Welch

"They're in the game, they just communicate differently," she says. "You have to say this kind of thing out loud. And also, remember to smile much more than you think you have to. People cannot read your mind, but they sure can read your face."

In the long run, Welch says, "talent almost always wins." That means, "if you're on the anti-social side but you're good — really, really good — eventually organizations take notice."

Until then, she says, your colleagues who are happy extroverts will almost always have an edge. "Your boss may not tell you," Welch says, "but hey — that's what I'm here for."

Suzy Welch is the co-founder of the Jack Welch Management Institute and a noted business journalist, TV commentator and public speaker. Think you need Suzy to fix your career? Email her at gettowork@cnbc.com.

Why working from home can be terrible for your career

3 signs it's time to quit a bad boss

2 words you should never say in a job interview 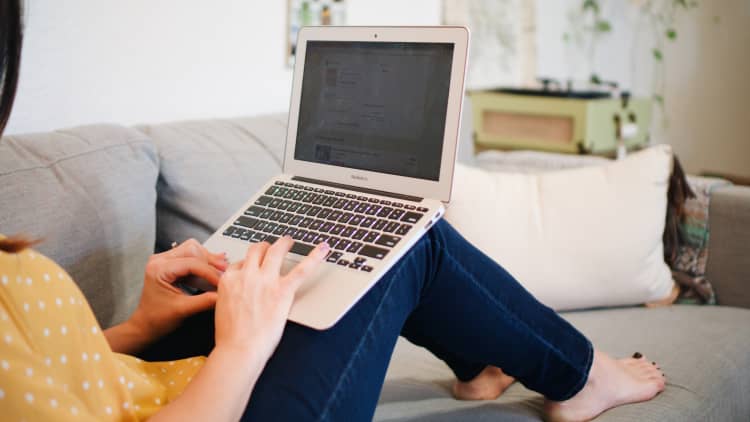