Despite building a multi-million dollar real estate empire and growing her investment portfolio on ABC's "Shark Tank," Barbara Corcoran suffers from impostor syndrome, dealing with persistent self-doubt regardless of her accomplishments, she says.

"Who doesn't suffer from impostor syndrome? Even when I sold my business for $66 million, I felt like an absolute fraud," Corcoran said in an Instagram post on Tuesday.

After working 22 different jobs, Corcoran began her career in real estate as a receptionist for the Giffuni Brothers' firm. She worked there until Ray Simone, her boyfriend at the time, loaned her $1,000 to start her own real estate firm. In 1973, Corcoran began selling apartments on the Upper East Side of Manhattan with seven agents.

In 2001, Corcoran sold her real estate firm for $66 million, after negotiating up from an initial offer of $22 million, she told CNBC Make It in March 2018.

Although she fought for her success and this sale, Corcoran still felt like "the whole thing was a fluke," as she recalled on a recent episode of her podcast "888-Barbara."

"When I sold my business for $66 million and I had made it from scratch out of nothing and the whole world applauded me – written up in all the papers, 'Oh she's a genius. Oh she's this, oh she's that.' Do you know what I thought only six months [after the sale]? That the whole thing was a fluke," Corcoran said on her podcast.

"It was a fluke that I was able to fight my competitors and win the number-one market position with the 'old boy' network going against me. Even lawsuits were a fluke that I won," she remembered thinking.

"You would stand there and say to me, 'You, Barbara, actually really believe that?' And I could honest to God on a stack of Bibles say, 'I did believe it,'" Corcoran said on her podcast.

The positive side of self-doubt

But Corcoran didn't overcome her "impostor syndrome" since then — and doesn't recommend doing so.

"The curse of being competent is self-doubt, because competence rides on your own self-doubt," she said on her podcast. "It's the edge of doubt that makes you a performer in anything you do."

And to one of her podcast listeners who also struggles with impostor syndrome, she said:

"Thank God you doubt yourself, because the one thing that I have learned that is true of every single person who is exceptional in whatever they are doing is self-doubt. Without it, you become big-headed, arrogant, and you're just waiting for the clock to make you fall on your feet."

Corcoran said self-doubt is "a human element that keeps you on the straight and narrow" on her podcast, adding that she never works with anyone who doesn't doubt themselves.

"Someone who is second guessing themselves is what I want to see in every person, because what it means is they're going to work hard to [succeed] again," she said on her podcast. "And if you did it once, and you combine that with working hard and just a little bit of luck, which is always out there to be grabbed, you're gonna have the same success again and again because you're at the core of it."

"Everyone I know who has been enormously successful, not just women – I think they suffer from it more – but men as well suffer from impostor syndrome." 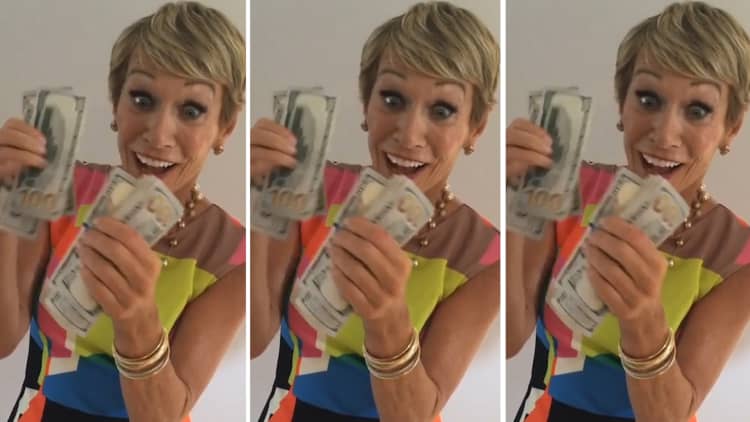