It seems too good to be true that you could make millions by raiding the clearance aisle at your local Walmart or Target and then selling your haul on Amazon. But that's exactly what 29-year-old Ryan Grant is doing.

Only four years after quitting his accounting job in Minneapolis to flip purchases full-time, his business has made over seven figures in lifetime profits, which have been heavily reinvested in the company.

"Pretty early on I realized I wasn't in the career path that I wanted to be on," he tells CNBC Make It. "That experience really had me looking for other options and I was starting to explore ways that I could basically leave that job and have my own schedule and be on my own time."

To do that, Grant turned to the side hustle he had used to made ends meet in college. But an early mistake made him realize that, to make big money, he'd have to get smarter with what, and how, he was selling.

Ryan Grant spent 30 hours a week searching Walmart and other local retailers for products that he could flip on Amazon.
Ryan Grant

As a student at Winona State University, he organized textbook buyback events on campus twice a year. He listed the books on Amazon and shipped them out to customers around the country for a profit of up to $10,000 a year.

"Going through that process for one semester was enough to know that I didn't want to do it again," he says. "From there forward I did Fulfillment by Amazon the rest of the way."

Using Amazon's fulfillment services meant he could ship all the books in bulk using preferred UPS rates to an Amazon warehouse, where, for a fee, the online retailer handled processing and shipping out each individual order. And, when Grant grew more unfulfilled at his accounting job, it sparked the idea of going online to flip more than just textbooks.

After work and on the weekends, he scoped out the clearance aisles at Walmart, scanned a few items using Amazon's app and bought up toys, games, and home improvement items he realized he could re-sell for a profit. A receipt from his early days shows a variety of purchases, everything from vacuums to Barbies, LEGO sets to stainless steel flatware.

"I was putting in about 10 hours per week and I was making in the ballpark of $1,000 per month," he recalls. Once he was able to make the same kind of money reselling on Amazon as he had made at his accounting job, in September 2013, he quit.

Profits swelled to $9,000 a month just three months later and continued to grow for the following year and a half until a fateful purchasing decision landed Grant in trouble in 2015.

Coming across a product worth flipping on Amazon meant buying out the store.
Ryan Grant

He bought 750 units of a nail filing tool for dogs called "Peticure Power" in a liquidation sale and sent them to Amazon. When some customers started returning products they ran into issues with, the higher return rate flagged his account and resulted in a two-day suspension.

"I was stuck with probably around $2,000 of dead inventory," Grant recalls, adding that he lost an additional $6,000 in potential profit during the suspension. "That was probably the biggest mistake that I made. ... From there on, I always made sure that any supplier that I'm buying from, the goods are 100 percent legitimate and I can get the invoices to prove it."

Eventually he got better at targeting more reputable items that represented the best opportunity for arbitrage. Seasonality, Grant realized, was a key factor. He could, for example, buy up discounted candy after Halloween and half-priced Christmas decorations around the New Year.

When Ryan Grant's kitchen was overflowing with boxes he was shipping to Amazon, he made the call to rent a warehouse.
Ryan Grant

"Believe it or not, there's actually people buying those items out of season," Grant laughs.

Still, even he was surprised at how quickly the business took off. "I went from just me in this business doing around $3-5,000 in sales per month and now, four years later, we're a team of 11 and we're doing well over $200,000 in sales per month," Grant says. The team had to move to a warehouse that's over five times as large as their first this past July.

Since he started selling on Amazon, Grant says the business has topped $9 million in total sales. Profits are heavily reinvested back into the company, though Grant was still able to take a salary of around $150,000 when he was working on the venture full time.

As his business is increasingly run by his team, Grant has reduced his salary down to $60,000 a year and now dedicates much of his time to teaching the ways of e-commerce. He consults and teaches classes through the same blog he has been using to track his performance. His hope is that he might be able to help a few people who might not be happy at their jobs find the same independence he did, and avoid the same mistakes he made early on.

"I was just looking to have freedom of schedule and replace the income that I had from that job and now it's turned into a lot more than that," he says. "I mean, I would be sitting in an office cubicle now or working at a client location as opposed to doing what I want to do effectively when I want to do it." 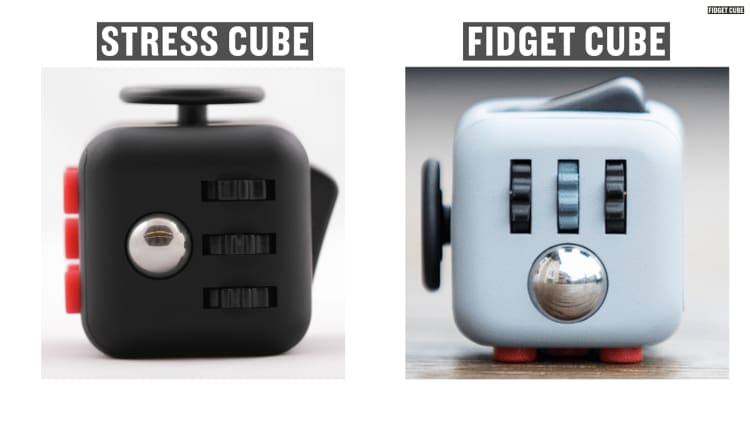