There seem to be two kinds of people when it comes to the Eurovision Song Contest — those who are completely obsessed (Europeans and Australians in particular) and those who have never heard of it (Americans).

Eurovision, a singing competition which has long captivated the attention of aspiring superstars, as well as those who simply enjoy a good show, is an utter sensation across the pond. According to its website, the live, televised event, airing through May 12 with 43 countries around the world competing, was recognized in 2015 as the longest running annual TV music competition. Since it began in 1956, Eurovision has drawn millions of viewers and was reportedly watched by 182 million people in 42 markets in 2017. (In comparison, the Super Bowl in 2018 reportedly garnered 112 million viewers at its peak, while this winter's Olympics in Pyeongchang averaged 19.8 million viewers a night.)

And keep this in mind: Eurovision is the contest that introduced the world to ABBA, who won in 1974 with the song "Waterloo." Celine Dion won in 1988.

So perhaps it's no surprise that the singing competition can actually boost the well-being of residents in participating countries, according to a new study.

Conducted by scientists at Imperial College London and published in BMC Public Health, the study found that simply having your country compete in Eurovision is associated with higher life satisfaction among your country's population.

The study analyzed survey data from over 160,000 people from 33 European countries, collected around the time of the contest between 2009 and 2015. Researchers found that people whose countries had done well in the singing competition that year, reported being more satisfied with their lives. They also found a link between countries with an increase of 10 places on the final scoreboard — so, for example, if a country finishes second as opposed to 12th — and a higher chance of being satisfied with life.

Interestingly enough, though, the research also supports the popular argument that "winning isn't everything." The study reveals that winning the competition was not associated with more life satisfaction, and that even countries who participated — but did badly — were more satisfied than countries who didn't participate at all.

"Previous work, by other teams around the world, has shown that national events may affect mood and even productivity — for instance research suggests an increase in productivity in the winning city of the U.S. Super Bowl," says Dr. Filippos Filippidis, lead author of the research from the School of Public Health at Imperial, according to a press release.

"It increases the amount of good feeling around, even among people who are not particularly interested in the competition," he adds.

The findings "emerged from a jokey conversation in our department. Our 'day job' involves investigating the effect of public policies, environmental factors and economic conditions on people's lifestyle and health," Filippidis says in press release.

"Our department employs people from lots of different countries and around the time of the Eurovision Song Contest we were chatting about whether the competition could also affect a country's national well-being. We looked into it and were surprised to see there may be a link."

On the economic spectrum, studies have long analyzed the cost and payoff of cities hosting such large, global events.

With Eurovision, a team of economists found that four host cities spent a combined total of over $173 million on the singing competition, according to a 2016 report from the Telegraph. In 2012, the host city of Baku, Azerbaijan spent a whopping $64 million on building a new venue for the event, offset by $9 million of tourism spending and 529 new, full-time jobs. However, when Malmo, Sweden hosted the event, they spent a little over $22 million and generated $21 million through tourism spending due to 32,000 visitors.

The show is known not only known for producing mega-stars like Dion, but also for the outrageous outfits donned by contestants. In the past, competitors have taken the stage in ensembles inspired by everything from paper lanterns to toy shops, and have even worn things made out of construction paper. The spectacle itself is high-stakes, too.

"Sweden got very hyped up, and a lot of the other artists took it very seriously," Joe Woolford, a contestant for the U.K. in 2016, recently told BBC. "Russia spent millions on everything and trying to make their performance stand out."

Last year's winner was Salvador Sobral from Portugal, who won for his rendition of a song written by his sister.

Locales from Australia and the U.K. to Latvia to Malta and almost every European country in between each send one musical act to sing live, sans musical instruments, and viewers can cast their votes for the best acts via phone, SMS or through the Eurovision app. You cannot vote for your own country. Televotes make up 50 percent of the vote, while the other half is determined by a a professional jury in each participating country.

This year's grand final airs Saturday in the U.S. on the Logo channel, as well as Logo's YouTube channel and app.

Don't miss: The set designer behind 'Hamilton' says this mental habit is the secret to his creativity 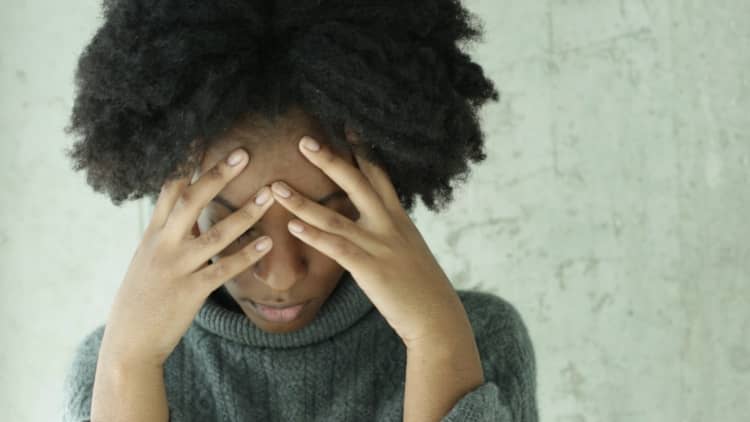