Dreaming big isn't something Jeff Bezos has a problem with.

The Amazon and Blue Origin boss says a trillion people will live in space, there will be "a thousand Einsteins and a thousand Mozarts" and we'll develop other planets, leaving Earth a beautiful place to be.

Bezos painted this future vision in an interview with Axel Springer CEO Mathias Döpfner, published by Business Insider on Saturday.

Bezos' vision of a civilization that lives both in space and on Earth has been evolving for almost his whole life.

"First of all, of course, I'm interested in space, because I'm passionate about it. I've been studying it and thinking about it since I was a 5-year-old boy," says Bezos. "But that is not why I'm pursuing this work."

Bezos — who is currently worth $130 billion, according to Forbes — says if humanity does not become multiplanetary, eventually it will stagnate.

Billionaire tech entrepreneur and SpaceX boss Elon Musk is also inspired by a future of getting to space. "Fundamentally, the future is vastly more exciting and interesting if we are a space faring civilization and multi planetary species than if we are not," Musk has said.

To illustrate how civilization will stagnate if it remains Earth-locked, Bezos uses the problem of energy consumption. 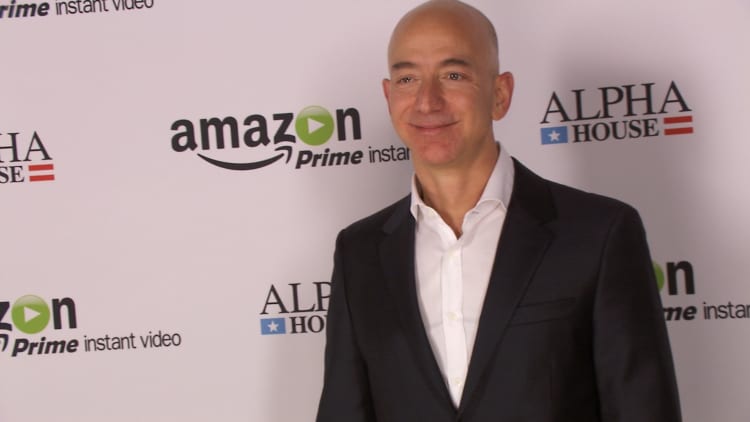 "That's the real energy crisis. And it's happening soon. And by soon, I mean within just a few hundred years. We don't actually have that much time. So what can you do?

"Well, you can have a life of stasis, where you cap how much energy we get to use," says Bezos. But to the billionaire entrepreneur and tech executive, that is not an acceptable fate: "[S]tasis would be very bad, I think."

"Now take the scenario, where you move out into the solar system. The solar system can easily support a trillion humans," says Bezos. "And if we had a trillion humans, we would have a thousand Einsteins and a thousand Mozarts and unlimited, for all practical purposes, resources and solar power unlimited for all practical purposes. That's the world that I want my great-grandchildren's great-grandchildren to live in."

As humanity expands into space, the Earth will remain the crown jewel, says Bezos.

"By the way, I believe that in that timeframe we will move all heavy industry off of Earth and Earth will be zoned residential and light industry. It will basically be a very beautiful planet," says Bezos. "We have sent robotic probes to every planet in this solar system now and believe me this is the best one."

Bezos is taking the first step in his master plan to colonize space with his company Blue Origin.

"I believe and I get increasing conviction with every passing year, that Blue Origin, the space company, is the most important work that I'm doing. And so there is a whole plan for Blue Origin," says Bezos.

On Sunday, Blue Origin successfully launched its New Shepard rocket for the first time in 2018 from its facility near Van Horn, Texas. The company hopes to send humans to space as early as this year, but CEO Bob Smith says that will only happen when the company is completely sure the travel will be safe.

The fundamental first step in building a future where civilization lives between Earth and space is to be able to use rockets more than once, says Bezos. 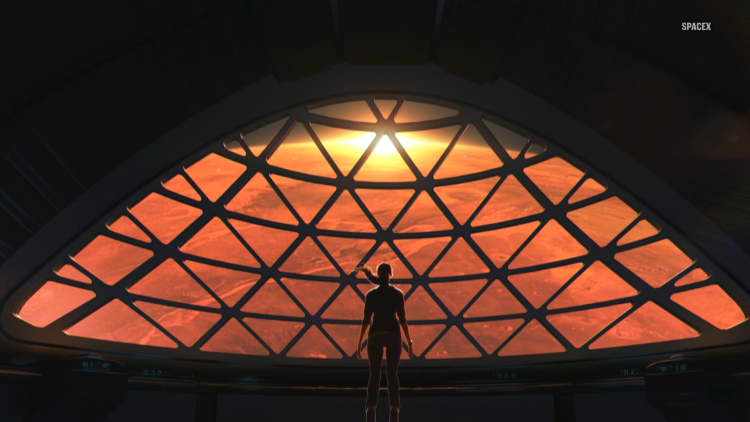 VIDEO1:2601:26
Here's what it will be like to travel to Mars in Elon Musk's spaceship
CNBC First Class