Skip Navigation
Fired Up2 'downsides' of early retirement, according to a self-made millionaire
Ryan Ermey
SuccessWant to sound and feel more confident? Ditch these 11 phrases from your...
Kathy and Ross Petras, Contributors
MoneyThis mom makes $760K a year in passive income—and lives on a sailboat: 'I work...
Michelle Schroeder-Gardner, Contributor
A guest takes a selfie at Magic Kingdom Park at Walt Disney World Resort on July 11, 2020.
(Photo by Olga Thompson/Walt Disney World Resort via Getty Images)

Socially-distant lines. Mandatory masks. Empty seats on rides. Silent screaming "from the heart." This is the new normal at many theme parks around the world that have reopened during the Covid-19 pandemic.

Walt Disney World in Orlando, Florida reopened on Saturday with reduced capacity and other safety measures in place to protect guests at the park, which has been closed since March.

Disney's Chief Medical Officer, Dr. Pamela Hymel, said in a statement on July 7, that "while Covid-19, and the risk of contracting it, is present in public places, there are many important ways that we can all help promote each other's safety" at parks. Still, many experts deem the risk of getting infected at a theme park to be too high. (Florida has seen record rates of Covid-19, with nearly 300,000 total infections as of Wednesday.)

Temperature screenings were conducted with a no-touch thermometer upon entering the Disney Springs area or and the Walt Disney World theme parks. (People with a temperature of 100.4 F or above, as well as anyone in their party, were not permitted inside.)

Guests wait to get their temperatures checked before entering the theme park at Walt Disney World. Those with a temperature 100.4 and above are not allowed to enter.
(Photo by Gregg Newton / Gregg Newton / AFP)

A Disney World staff member greeted guests holding a Mickey Mouse-themed decoration in front of his protective mask. Disney also sells face masks with popular characters, from Star Wars to Mickey Mouse. (Masks or cloth face coverings are required for all staff and performers and for visitors ages 2 and up.)

Main Street, USA, a thoroughfare with shops where parades take place, is typically crowded. But instead of parades, Disney offered smaller "cavalcades" where visitors saw their favorite characters from a distance.

Dinsey PhotoPass photographers used to take photos of guests on their personal devices but that is no longer allowed.

Rows of seats on rides like the Splash Mountain log flume (which will soon get a redesign to feature Tiana from "The Princess and the Frog," the first Black Disney princess) were left empty to allow for more social distancing.

While Disneyland in Anaheim, California has been unable to reopen due to state theme park regulations, the Downtown Disney shopping district opened on July 9. A sign reminded guests to wear a mask, keep their distance and practice hand hygiene.

Downtown Disney District in Anaheim, California, reopened on July 9 with health and safety protocols in place for cast members and guests.
(Photo by Derek Lee/Disneyland Resort via Getty Images) 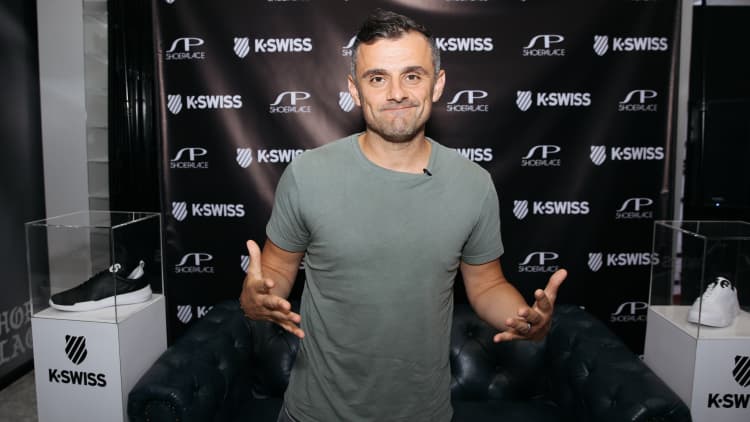 VIDEO1:2201:22
Gary Vaynerchuk: Why you need to reframe your money mindset
Life