Skip Navigation
Psychology and RelationshipsHarvard neuroscientist: The 'most underrated' skill all successful people...
Juliette Han, Contributor
Unlocked73-year-old pays $370/month to live in a 1,066-square-foot airplane
Celia Fernandez|Beatriz Bajuelos Castillo
Health and WellnessI'm a psychologist in Finland, the No. 1 happiest country in the world—here are...
Frank Martela, Contributor
The value of bitcoin exceeded the threshold of $66,895 in October for the first time in history.
Chesnot | Getty Images

Thirteen years ago on January 3, bitcoin officially launched after what's known as the Genesis Block was mined.

Though the bitcoin whitepaper was released by Satoshi Nakamoto, the pseudonym used by bitcoin's creator or creators, on October 28, 2008, many say its mint date of January 3, 2009 represents the cryptocurrency's birthday.

Despite another ban from China, increased regulatory scrutiny and wild volatility, bitcoin had a record year in 2021 on many accounts. This past year marked the start of mainstream adoption for bitcoin with several firsts, including all-time highs in its price and hashrate, among other things.

Trust in bitcoin grew with the support of institutional and retail investors throughout 2021. Now the largest cryptocurrency by market value, bitcoin has become prominently known as a peer-to-peer financial system. Its supporters see it as a hedge against inflation, a digital gold and a viable currency.

But keep in mind that its critics still argue that bitcoin is a risky and speculative asset. Experts generally advise investing no more than you can afford to lose.

Here are eight bitcoin milestones from the past year.

1. Bitcoin surpassed $1 trillion in market value for the first time

On February 19, bitcoin hit $1 trillion in market value for the first time.

The milestone came after major institutional investors and notable financial companies began to support the cryptocurrency earlier in the year. Companies including Tesla, Square and MicroStrategy started to use their balance sheets to buy bitcoin.

After its clients "demanded exposure to bitcoin," the investment bank launched access to three funds that enable ownership of bitcoin.

In June, El Salvador passed a new law to adopt bitcoin as legal tender, becoming the first country to do so.

The law allows bitcoin to be used as payment for goods and taxes in El Salvador. Businesses can price their goods in bitcoin, and exchanges will not be subject to capital gains tax, CNBC reported.

In October, the ProShares futures-based bitcoin ETF made its market debut on the New York Stock Exchange under the ticker "BITO."

The bitcoin futures ETF tracks contracts that speculate on the future price of the digital asset, rather than the current or "spot price" of the cryptocurrency itself. As a result, the prices of the ETF and bitcoin don't necessarily match.

Nonetheless, the ProShares bitcoin futures ETF saw one of the "biggest first days on record for ETFs," CNBC reported.

5. The price of bitcoin hit an all-time high

Just after the value of the entire cryptocurrency market surpassed $3 trillion in November, the price of bitcoin reached a new record.

Taproot, a highly anticipated upgrade to bitcoin, also went into effect in November. It was bitcoin's first major upgrade since 2017.

Taproot introduced what's called Schnorr signatures, which help bitcoin transactions become more private and efficient, and less expensive. Most important, the upgrade better enables bitcoin to execute smart contracts, or collections of code that carry out a set of instructions on the blockchain.

7. 90% of the total bitcoin supply has been mined

As of December, 90% of the total bitcoin supply of 21 million has been mined, according to data from Blockchain.com.

The remainder is not expected to be mined until February 2140. Until then, miners can continue to earn bitcoins.

Bitcoin operates on a proof-of-work model, which means that miners must compete to solve complex math problems to validate transactions. It's not an easy process — reaching the 90% milestone took 12 years.

Hashrate is a key metric when assessing blockchain strength. It represents the total amount of computing power used by miners to mint new bitcoins, but a higher hashrate also means that the network is stronger, more secure and resistant to potential attack. 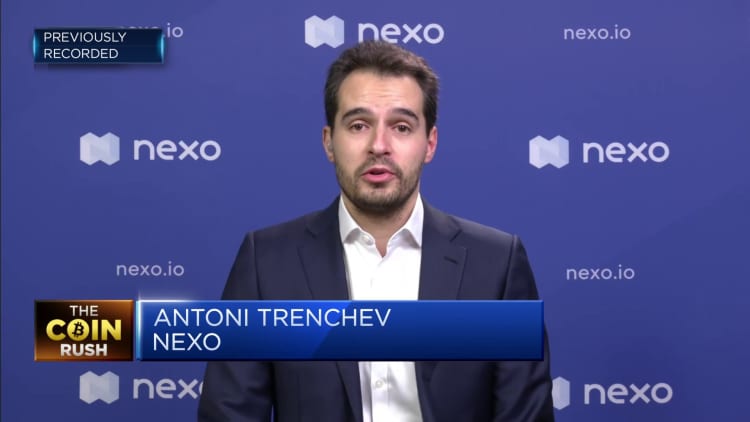