Skip Navigation
Millennial Money31-year-old makes $15,000/month as a voiceover artist and lives in a school bus
Megan Sauer|Zachary Green
Fired UpHow a Colorado couple retired at 40 and built a net worth of $1.5 million
Ryan Ermey|Lauren Shamo
Side Hustles'I only work 4 hours a week': This 31-year-old turned his side hustle into a...
Marcus Gram, Contributor
Westend61 | Getty Images

Over 44 million Americans collectively hold a record-breaking $1.5 trillion in student debt. "At a time when parents and students are confronting ever-increasing tuition bills and levels of debt, the return-on-investment of a degree is more important than ever," John Byrne, Founder and Editor-in-Chief of Poets&Quants for Undergrads tells CNBC Make It.

One way students can make sure they're getting the most out of their investment is to choose a major that will lead to a stable and high-paying career.

For many, studying business is the obvious choice. Business is consistently the most popular college major, and the National Center for Education Statistics (NCES) estimates that over 300,000 bachelor degrees in business are conferred each year. According to The Washington Post, one in five bachelor's degrees are awarded to students who study in academic fields like finance, accounting and management.

But while business majors who specialize in niche fields like actuarial mathematics can make some serious cash, they're actually not the highest earners. Salary comparison site PayScale surveyed 2.3 million graduates from over 2,700 colleges across the U.S. and found that the highest-paying college major isn't business, and it isn't computer science either.

According to PayScale, workers with this degree earn around $94,000 at the beginning of their careers, and an occupation-wide average of $175,000 a year. According to U.S. News and World Report, the best college for those who want to study petroleum engineering is Texas A&M.

Studying petroleum engineering can set you up for a career as a petroleum engineer, which can involve working in an office or traveling to drilling and well sites in order to design and develop methods for extracting, producing and refining oil and gas. The Bureau of Labor Statistics (BLS) estimates that median salary for petroleum engineers was $132,280 in 2017.

However, just because petroleum engineer can offer some sky-high salaries doesn't mean that all students should rush to switch their majors right away.

Workers in the petroleum industry report above-average stress levels, below-average flexibility and below-average work-life balance. They must also content with the uncertainty that surrounds the oil and gas industry. The Wall Street Journal reports that when oil prices dropped by over 40 percent in 2015, energy service companies laid off an estimated 120,000 workers, leaving the nearly 1,800 petroleum engineering majors who graduated that year scrambling to find any kind of employment — let alone high-paying work.

"We all had the same expectation — we'll all truck through it and then we're going to get the big payoff," Walt Baker, who graduated from the Colorado School of Mines with a degree in petroleum engineering, told the Journal. "Then the downturn happened." For now at least, the BLS projects a significant 15 percent job growth rate for petroleum engineers.

Additionally, advancements in more sustainable energy resources are expected to impact the sector, and could leave young workers narrowly focused on petroleum engineering — as opposed to a broader engineering field — behind. 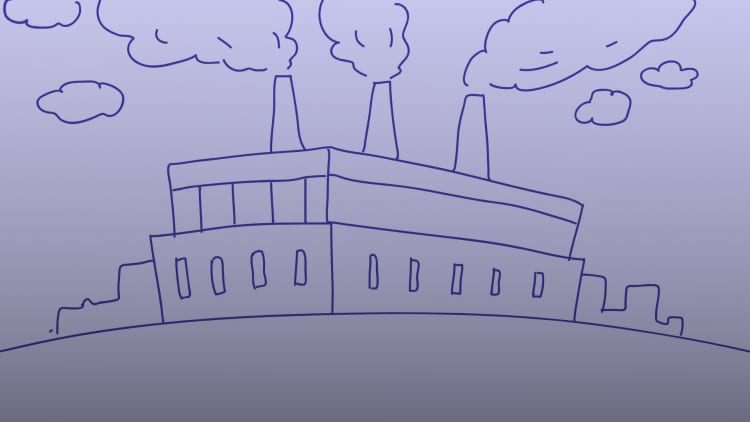 VIDEO2:2002:20
Airplanes may soon fly using fuel made from pollution with this company's technology
Master Class