The Federal Reserve, five years after the financial crisis began, is expected to take the historic but small step of slowing down its easing programs and gradually steer markets toward an era of more normal interest rates.

While it may seem a minor first step, the exit from unconventional policy will send a strong message that the Fed believes the economy will be able to stand on its own. The Fed will assure markets it will keep its zero interest rate policy in tact well into the future, and that it will not move its Fed funds target rate until well into 2015. 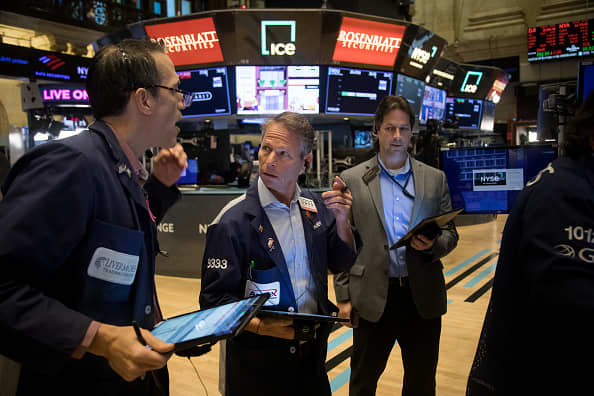 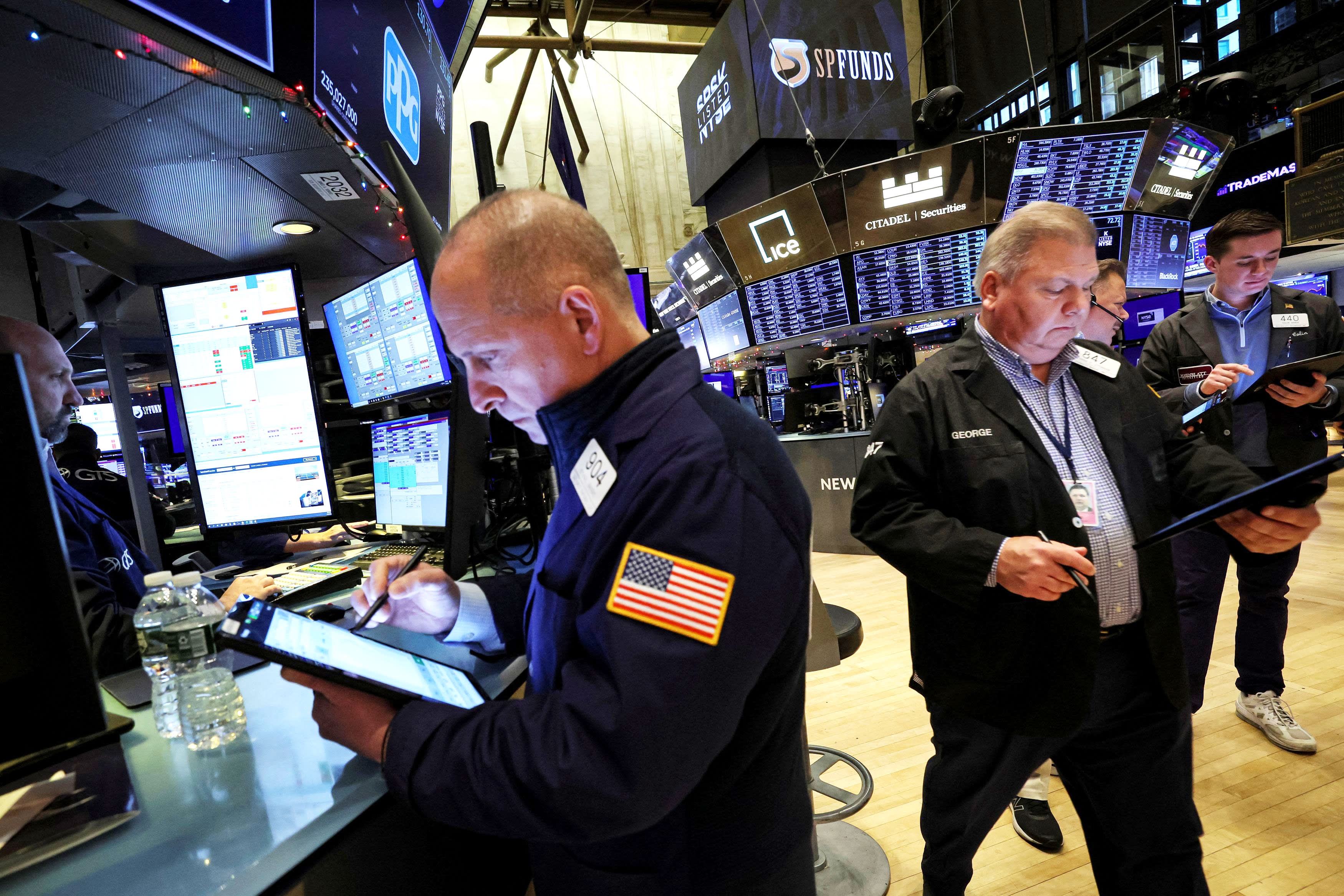 "Markets were expecting QE for infinity and that was wrong.The Fed was hedging against tail risk, and now they're hedging against the tail risk of their own actions," said Diane Swonk, chief economist at Mesirow Financial. 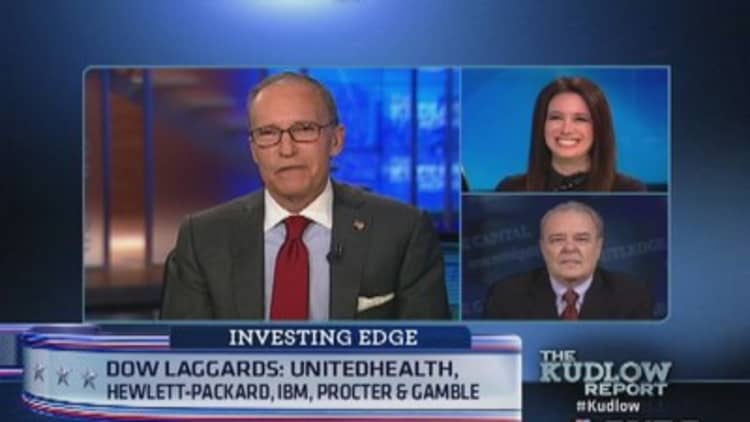 Talk of the Federal Reserve's so-called "taper" has played on investors' nerves for weeks, but markets now appear to be in sync with expectations the central bank will announce plans to wind down its $85 billion monthly asset purchase program.

The Fed is expected to wrap the plan in highly dovish language in its 2 p.m. EDT statement Wednesday, and Fed Chairman Ben Bernanke is expected to reinforce that the Fed will hold down short-term rates for a very long time when he briefs the media at 2:30 p.m.

(Read more: Fall of Summers points to a government shutdown)

Bernanke, presiding over one of his final meetings, will also be setting in motion an exit strategy for his successor to follow. The street expects Fed Vice Chair Janet Yellen to be named Bernanke's successor after former Treasury Secretary Larry Summers withdrew his bid over the weekend.

The street also expects to see $10 billion to $15 billion pared from the Fed's monthly bond purchases, and many expect a greater reduction of Treasury purchases than mortgages. The Fed is buying $45 billion Treasurys and $40 billion in mortgage securities each month.

"We're going to over-focus on taper and what's the point? It seems to be a question of $10, $15, or $20 billion, so the skew of expectations is not that large," said John Briggs, head of cross-asset strategy at RBS. "More important to me is how firmly the Fed pushes back on the market pricing of rate hikes and tries to re-anchor the front end of the curve."

The Fed will also unveil its 2016 forecasts Wednesday; there's been a lot of anticipation about what that will say about the Federal funds target rate in 2016. The rate influences a range of consumer and business loans, and the Fed has tried to assure markets it will not move short-term interest rates any time soon.

Goldman Sachs CEO Lloyd Blankfein, speaking on CNBC Wednesday, said if the Fed scales back its asset purchases by $10 billion, the market will be "very, very happy," but anything more, and it will be "very sad." Goldman economists expect the Fed to cut back $10 billion and only reduce its purchases of Treasurys.

Briggs expects the Fed to hold rate projections low in 2016, around the markets' projections of close to 2 percent.

"It would reaffirm to the market that despite tapering, rates are going to stay low for a long time. Even if in 2016, when you're likely to see unemployment near normal, rate expectations are going to stay low," Briggs said. If the forecasts show rates at 3 percent, he said, the bond market would sell off, sending rates higher and stinging stocks.

Barclays chief U.S. economist Dean Maki, however, said he expects the Fed to show a 3 percent rate by the end of 2016. "We do expect it to be perceived somewhat hawkishly, and even if it's priced significantly above 2 percent, the market seems to be pricing about 2 percent," he said. Maki said by then unemployment would be at its natural rate and inflation at the Fed target rate.

Fed watchers also see a chance that the central bank will lower its unemployment target—the level where could start to raise rates—to 6 percent from 6.5 percent.

(Read more: Why US rebound may send bonds, dollar crashing)

"If they want to be really aggressive enhancing the forward guidance forcibly is the way to do it, but I'll be surprised if they're willing to go that aggressively right now," said Jens Nordvig, global head of G-10 currency strategy at Nomura. "It seems to sort of potentially create problems down the line. …I don't think they'll take that step right now."

"I had essentially eliminated long dollar positions going into this event," said Nordvig, who expects $10 billion in tapering. Nordvig said if the taper is small the dollar should not move higher but any surprise would move markets. "If they don't taper, we will have a big reaction in the 10-year. ... In that situation you'll get a pretty violent market reaction. I think emerging market currencies would move dramatically—we'd gap higher in most EM currencies."

Ward McCarthy, chief financial economist at Jefferies, said based on the economy's spotty performance it doesn't make sense for the Fed to announce tapering at this week's meeting, though it may do so anyway. "They're going to have to lower their growth projection for 2013. That's another reason you scratch your head. Can they lower their growth forecast and taper at the same time? While they lower their growth rate forecasts, they'll probably lower their unemployment forecast," he said.

Stocks were lower Wednesday morning, ahead of the Fed meeting after pushing higher Tuesday, with the S&P 500 within 5 points of its all-time high. The S&P 500 Tuesday ended up 7 points at 1,704, its first time above 1,700 in six weeks. Treasury yields moved higher Wednesday, with the 10-year reaching a high of 2.90 percent.

"In the hours that lead up to such a widely anticipated FOMC meeting as this, trading is going to be jittery and you're seeing it in the stock market, too," McCarthy said.

Scott Redler of T3live.com said the stock market is in a similar position to where it was on May 22 when Bernanke raised the idea of tapering this fall. "We pushed through the day's high of 1,687, put in a high of 1,697 and closed on the lows. That was a signal of an outside day. That was a signal where we started the corrective process," he said.

"Now, we're sitting basically at 2013 highs," said Redler, who follows the market's short-term technicals. "It's going to be that same type of tug-of-war action. The year's high was 1,709. We closed at 1,704. Longs are scared to be in, and shorts are definitely scared if they've been rolling them up. It makes an uncomfortable trade on both sides of the tape and we're up 4 percent for September alone."

But if all goes as expected with the Fed, Redler does not expect a negative reaction. "Here we are. They've been talking about it since May and here are the real steps. I think the street priced in $10 to $12 billion taper. If [the Fed does] that, the market should react well," he said.

Redler said the 1,709 high is an important level. "We're in the same market we've been in all year, which is buy the dip. Sell offs have been shallow. … As for traders, if we power through that level, some people are still short from the August lows." That would push shorts to cover, sending prices higher.