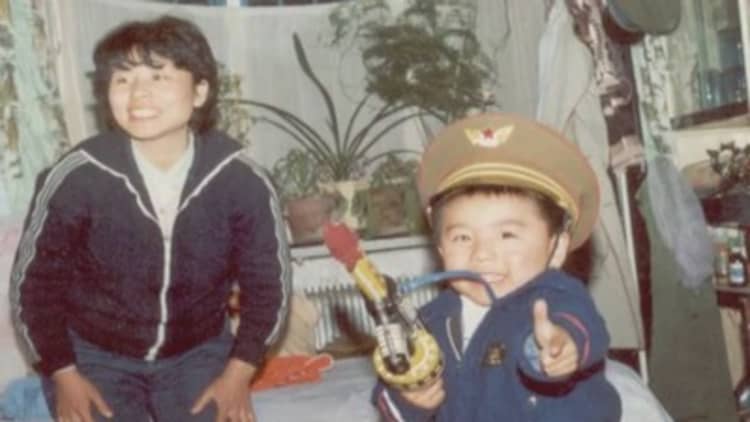 The first Chinese pianist to be engaged by the Berlin and Vienna Philharmonics, Lang Lang, learned to love classical music from a "Tom and Jerry" cartoon.

Talking to "CNBC Meets'" Tania Bryer, the 31-year-old pianist explained how he was watching an episode called "The Cat Concerto" when he was just two-and-a-half years old, and was absorbed by the piece that both Tom and Jerry played on the piano.

"They play the (Franz) Liszt Hungarian Rhapsody Number II and unfortunately I didn't know who Liszt was at that time, but I certainly knew that Tom did a great job, and Jerry kind of cheated," Lang said.

In the cartoon, Tom plays the Liszt piece while Jerry attempts a number of different ways to disrupt the performance, notably using a pair of scissors and a mousetrap. At one point, as Tom tries to shoo Jerry away, he ends up playing part of the number with his feet.

"He almost played like an organ because he's standing, and moves his feet," Lang said. "But certainly, that influenced me a lot because I see the grand piano, and then I saw the little piano in my home. And I'm like, 'Maybe this is the grandfather of my piano!'

"So after watching Tom play incredibly, I started to imitate the cat on my little piano. And that's kind of my first interest."

Since watching that Tom and Jerry episode, the work of Liszt has been an important part of Lang's repertoire. He opened the 2011 Last Night of the Proms at the Royal Albert Hall in London with Liszt's First Piano Concerto, the year which marked the 200th anniversary of the Hungarian composer's birth. He also released an album entitled, "Liszt: My Piano Hero."

Lang has risen to international prominence in the past decade and was named one of the world's 100 most influential people by Time in 2009.

Lang also told CNBC that it was not just Tom and Jerry that inspired him to become a professional musician. A Chinese cartoon called Monkey King and The Transformers were also important in kindling Lang's musical interest.

Lang also benefited from a very musical childhood in Shenyang: "All my neighbors are musicians. I don't know why, but I kind of, when I'm eating breakfast I hear people signing Chinese opera," he said.

"And in the evening everyone, when they're cooking, I hear Chinese bamboo flutes playing around the hall. So I really liked my early childhood environment. It was like a little Vienna in China."