At the Treasury Department, our debt-management team prides itself on the motto of "regular and predictable" communications with the market. That may explain why this week's news that Treasury will auction its first Floating Rate Notes (FRN) — the first new Treasury security in more than 17 years — won't be much of a surprise.

In fact, Treasury has worked closely with market participants through various channels for the last three years to design an FRN program that meets demand and is operationally sound. On Thursday, Jan. 23, we'll announce the final details of the first FRN auction, which will close the following week on Wednesday, Jan. 29. 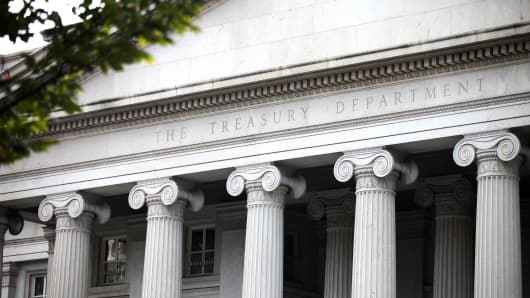 With this new tool, Treasury will have additional flexibility to meet our goal of financing the government at the lowest cost over time. FRNs should also help expand Treasury's investor base by attracting new buyers who are looking for high quality, liquid, stable-value securities with a longer maturity date than Treasury currently offers through our weekly bill auctions.

In addition, FRNs will reduce the frequency with which Treasury must issue new securities to simply roll-over maturing debt. By substituting FRNs for a portion of Treasury's weekly bill issuance, taxpayers gain the advantages of a longer-dated security, without exposing the government to any additional risk should interest rates rise. With these distinct advantages, FRNs will enhance Treasury's current suite of bills, notes, bonds and TIPS.

Since conception and throughout the design phase of the FRN, Treasury has sought input from a wide range of investors, particularly with regard to how the security should be structured, its liquidity, the most appropriate index, and operational issues that should be considered as to the issuance of this type of security.

Ultimately, Treasury decided to begin by offering an FRN security with a two-year maturity and an interest-accrual rate that resets each day and makes interest payments each quarter. The index rate for these FRNs is tied to rates set by 13-week Treasury-bill auctions.

Treasury expects to auction FRNs each month, with original issues in January, April, July, and October, and reopenings in the subsequent months of each quarter.

They will be sold in increments of $100 with a minimum purchase of $100. While there is no maximum amount an individual investor can purchase in the secondary market, an investor can purchase up to $5 million of FRNs by non-competitive bidding or up to 35 percent of the initial offering amount by competitive bidding in a single Treasury auction. Interested investors can bid on FRNs via TreasuryDirect or through numerous banks and brokers.

The United States Treasury market is the deepest, most liquid market in the world. In times of stress, investors flock to the safety of our market. With continued advances like FRNs and an ongoing commitment to a transparent debt-management strategy, Treasury looks forward to maintaining that standing.

Matthew Rutherford, is the U.S. Department of the Treasury Assistant Secretary for financial markets. Follow the Treasury on Twitter @USTreasury.