What Israel can teach the US about taxes

Much of the credit for Israel's growth and its remarkable weathering of the global economic crisis of 2008 to 2009 has to do with the booming tech industry and the "Start Up Nation" effect described so well in the book of the same name by Dan Senor.

But it's not just scientific know-how. The tech-fueled success owes a lot to Israeli economic policy. The devaluing of the Israeli shekel allowed the tech sector to make the most of its innovations through easier foreign exchange rates. From 1995 to 2008, Israel's high-tech output nearly tripled, thanks mostly to foreign trade. 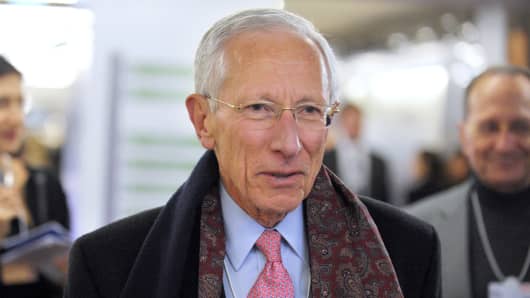 Now here's the good news for the U.S.: The man responsible for that sage policy is none other than Stanley Fischer, the former governor of the Bank of Israel, who is expected to be confirmed as vice chair of the U.S. Federal Reserve.

Fischer isn't likely to push a devaluation policy on the Fed, but he is expected to play the needed friendly role of a hawkish check on Fed Chair Janet Yellen's dovish nature.

And it's Fischer's overall wisdom that is the best part. This is the man, who, everyone — from former Fed chair Ben Bernanke to Harvard economics professor Greg Mankiw and former Pimco CEO Mohamed El-Erian — looks up to as a mentor.

Fischer's best chance to help the Obama administration could come from his wise advice on government spending. Fischer has been a sage critic of massive entitlement spending both in the U.S. and Israel for more than 30 years. In fact, it was that aspect of Fischer's resume that won him the Israeli finance job in the pre-worldwide crisis year of 2005. That was when the Israeli government was still in the process of wisely reforming its pension and welfare system, (a process that continues today). Hopefully the regular, "cut the spending" advice we used to hear from Bernanke and Alan Greenspan might make a comeback in Congressional hearings in the coming months.

But before anyone gets too excited, it's only fair to say that Fischer's role in the Israeli economic boom isn't even half the story. Indeed, none of what Israel has accomplished and continues to achieve would be possible without sound tax policy.

And what Israel has done with this policy is nothing short of astounding for those with any knowledge or memory of that nation's long socialist and welfare state history.

Just last week, reporters at the Israeli business newspaper Globes, dug deep into the latest Organization for Economic Co-operation and Development report on the rising tax burdens across the world.

And there they found a surprise: Israel's tax burden is almost the lowest of all 34 OECD countries and it's falling the fastest. The average Israeli worker has a 20.7-percent tax rate, down from 30 percent in 2000; the current OECD average is 36 percent.

Read MoreTechnology a job killer? Not for these companies: Carol Roth

The tax system is also remarkably progressive: Families with two working parents and two or more children have the second lowest average tax burden, (14.3 percent), in the entire OECD. A single mother earning 2/3 the national average salary has a minuscule average tax burden of just 1.5 percent on her earnings.

At the same time, Israel's GDP has doubled to its current $250 billion mark, exceeding that of neighboring Egypt which is a nation with 10 times the population and many more natural resources.

The man clearly most responsible for all of this is current Israeli Prime Minister Benjamin Netanyahu.

It was Netanyahu who reformed the pensions, liberalized the private sector with cuts in regulation, and began the tax-cutting policies, all during what many expected to be his political exile as finance minister from 2003 to 2005.

Now back in the prime minister's office for the last five years, Netanyahu has continued his policy of pushing more private corporate ownership and he's even engaged in some successful Teddy Roosevelt-style trust-busting, breaking up some of the de facto monopolies in the national economy. 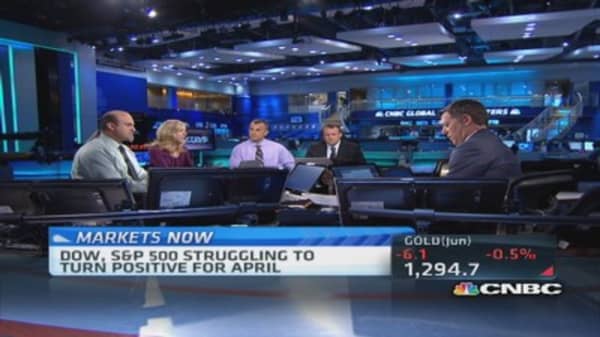 And it was Netanyahu who wisely kept Fischer in place as finance minister even as he retook the leadership of the Knesset and formed a new government in 2009. To Fischer's credit, he immediately saw the value of keeping most of those tax-cutting policies in place.

And news that Apple is preparing a record $17 billion bond sale — rather than repatriating its mound of offshore cash and facing the corporate tax rate — is the latest evidence that sound tax policy is what the U.S. desperately needs. That goes for personal and corporate taxes. Pfizer CEO Ian Read just said that the U.S. needs to do something about its tax structure to allow American corporations to be more competitive.

It's safe to say the Obama team has tried everything to revive the economy and boost the jobs market, except launching a significant tax-cutting and reform policy. It's long overdue. Perhaps Fischer will at least make a few calls to Treasury Secretary Jack Lew and suggest a new course.

This is commentary from Jake Novak, the supervising producer of "Street Signs." Follow him on Twitter @jakejakeny.