The United States is swimming in oil and gas. But processing the new-found bounty is posing a challenge to U.S. refiners, which can't come to grips with the abundance in domestic supply.

A production renaissance has catapulted the United States into the upper strata of global energy producers. Yet with fewer than 150 refineries, the U.S. has a surprisingly limited capacity to process the bounty.

"Some refineries are better suited for light sweet crude," while others—primarily on the Gulf Coast—are better optimized for the heavier, international variety of oil, said Bob Greco, director of upstream operations for the American Petroleum Institute.

The huge increase in shale production in places like North Dakota is helping to revitalize East Coast refineries, Greco said in an interview. 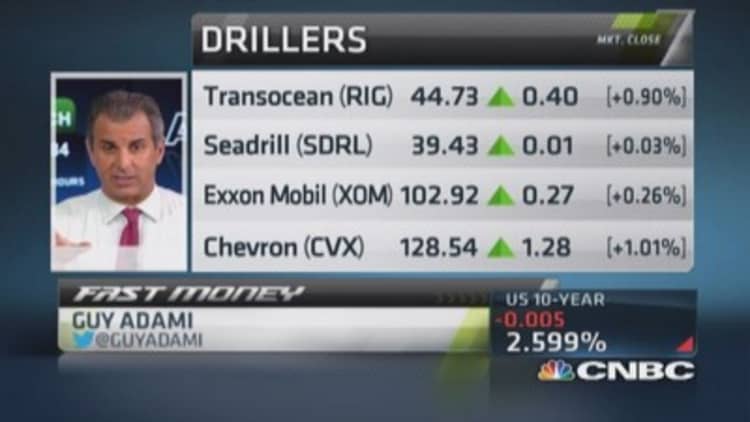 "Those were ready to close on (the) East Coast…but the influx of Bakken shale has been economic for them," Greco said, leading to billions of dollars in planned refinery upgrades. "The market will match crude oil to demand and to refineries that can best utilize it," he added.

Too much light, not enough heavy

However, the U.S. hasn't built a new refinery in more than 30 years–a situation that some argue has helped keep gasoline prices elevated. Even as the country is awash in the light, sweet oil that's become a hallmark of the shale boom, turbulence in regions that produce traditional heavy crude is exacerbating the problem.

At a conference held by RBC Capital Markets in June, one oil executive said that Gulf Coast refiners were "clamoring for heavy crude"—an odd statement given that domestic oil production is at a near 40-year high.

The comment highlighted what some say is a double whammy for refiners: heavy crude supplies have been hit by turbulence in places like Venezuela, Nigeria and the Middle East.

Over the years, refineries spent billions to process denser oil –only to be caught flatfooted by the shale boom that has made light, sweet crude so plentiful. Analysts say they've been slow to make new upgrades that can better process shale.

"When a refining company or any energy company makes investments, it's truly a 15-30 year timeframe where they try and assess the dynamic," said Kurt Hallead, co-head of energy research at RBC, in a recent interview.

"It's going to be at least 2-3 years to be able to retrofit a current refinery to handle the volume of light crude oil to make that investment worthwhile," he said. Given that current projections expect the shale oil boom to level off within the next several years, "clearly [refiners] are going to be very hesitant" to make costly equipment upgrades.

Although it hasn't been enough to put a dent in gas prices, U.S. refineries—which currently process about 18 million barrels per day of oil—are slowly but surely responding to the rise in domestic supply.

Read More Gas prices too high? They could be much worse

Valero Energy, which churns out about 2.4 million barrels per day of crude across 10 refineries in North America, is gradually processing more light U.S. crude. The firm plans to spend about $750 million on two new refineries that will better handle oil from Texas' Eagle Ford shale play.

"What you're seeing is that as more of this light crude becomes available, there's plenty of ability for North American Refineries to process it," said Bill Day, a spokesman for Valero. He added that the company now processes about 50 percent light sweet crude, up from 1/3 just five years ago.

"Valero's Gulf Coast refineries have stopped importing light sweet crude internationally because there is so much available domestically," he added.