China has warned against any foreign interference ahead of a crucial ruling on the city's political future on Sunday, saying Beijing will not tolerate the use of Hong Kong "as a bridgehead to subvert and infiltrate the mainland".

China's largely rubber-stamp parliament is set to meet on Sunday, when it is expected to limit 2017 elections for Hong Kong's leader to a handful of pro-Beijing candidates, a move likely to escalate plans by pro-democracy activists to blockade the city's Central business district.

According to state media, an unidentified spokesman from the Chinese foreign ministry's Department of Hong Kong, Macau and Taiwan Affairs said China would promptly "make solemn representations" to any "external force" that interfered in Hong Kong's internal affairs.

Hong Kong is a special administrative region (SAR) of China, administered by what is known as the Basic Law. 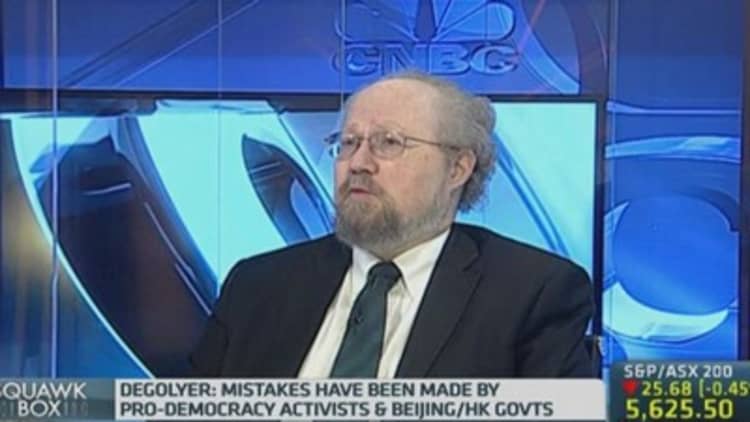 In an interview with state news agency Xinhua on Friday, the unidentified spokesman said "some people" ignored the long-term interests of Hong Kong and the provisions of the Basic Law "to collude with external forces in an attempt to interfere [with] the SAR government administration".

This was done "not only to undermine the stability and development of Hong Kong but also to attempt to use Hong Kong as a bridgehead to subvert and infiltrate the mainland", the spokesman said.

"This will absolutely not be tolerated," he said.

The spokesman did not identify any outside countries. In 2013, U.S. envoy to Hong Kong Clifford Hart said Washington would continue to back "genuine universal suffrage" there.

Such a strongly worded statement from the ministry signals increasing anxiety among Chinese leaders about the outcome of Sunday's decision, which will be watched closely by diplomats and international human rights groups.

The expected decision to limit the number of candidates for the 2017 elections could trigger a showdown with pro-democracy demonstrators who are planning an "Occupy Central" campaign.

Hong Kong returned to Chinese rule in 1997 and there have been fierce debates in the past year over how its next leader is chosen in 2017 - by universal suffrage, as the democrats would like, or from a list of pro-Beijing candidates. 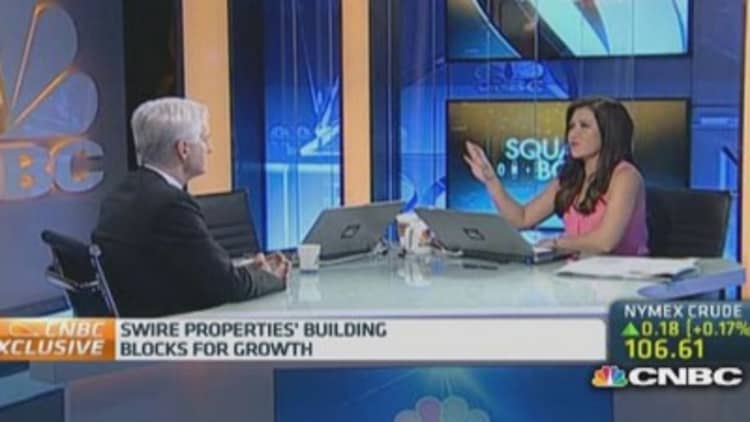 It returned under a principle of "one country, two systems" allowing it broad autonomy and far more freedom of speech, assembly and religion than exists on the mainland.

However, China has made it plain that Beijing's sovereignty cannot be questioned. Beijing has ratcheted up its control despite promises to grant the city a high degree of autonomy and eventual universal suffrage, alarming many in Hong Kong and international observers.

"The (rights) that the special administration enjoys depends on how much rights the central government grants," the spokesman said. "Hong Kong has no 'residual powers'."

In a separate report, Xinhua said China would speed up efforts to liberalize trade between the mainland and Hong Kong by the end of 2015 under the existing Closer Economic Partnership Arrangement.

In neighboring Macau, another Chinese SAR, chief executive Fernando Chui is widely expected to be "re-elected" on Sunday after his pro-China government stifled an unofficial referendum on democracy in the gambling hub.