Go big or go home seems to be Warren Buffett's mantra when it comes to philanthropy.

The Berkshire Hathaway CEO and legendary investor made the single biggest charitable donation this year, giving $2.1 billion to the Bill and Melinda Gates Foundation in the form of 16.6 million shares of his company, according to Wealth-X's ranking of the 10 largest philanthropic donations of 2014 published on Wednesday. 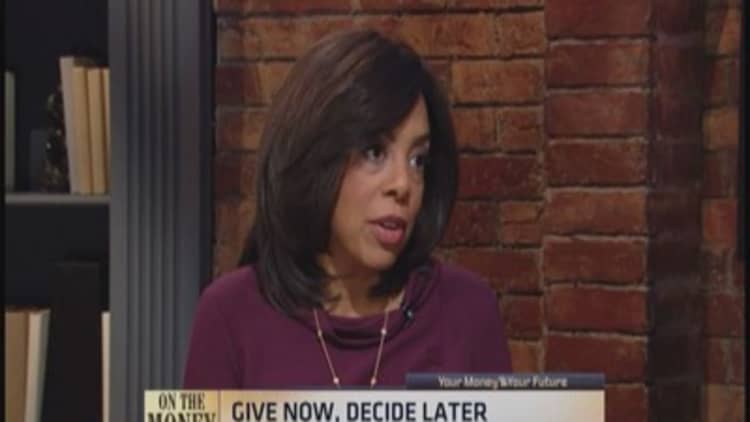 watch now
VIDEO1:2101:21
The Gift of Giving
Change the World

Founder and CEO of GoPro Nicholas Woodman's $497.5 million donation to Silicon Valley Community Foundation ranked second. The Foundation connects corporate and individual donors with Bay Area nonprofits, with a focus on areas such as education, affordable housing and immigrant integration.

Eight of the top 10 donations of 2014 were made by American philanthropists. Hong Kong property tycoons Ronnie and Gerald Chan are the only non-Americans to feature on the list.

The Chan brothers each donated $175 million to Harvard University's School of Public Health, ranking them in third and fourth place. The combined $350 million gift was the largest donation in the University's 378-year history.

In a rare move for the university, the school was renamed to the Harvard T.H. Chan School of Public Health. There is only one other school within the university that is named after an individual in modern times, according to the Associate Press: Harvard Kennedy School, named for John F. Kennedy.

Harvard also received a $150 million donation from hedge fund manager Kenneth Griffin to support financial aid in what was the fifth largest charitable donation this year.

The remainder of top 10 donations were also made to education institutions.

Oregon Health & Science University received a $100 million gift from Gert Boyle, chairman of the board for Columbia Sportswear, the outdoor apparel and equipment manufacturer.

University of Wisconsin-Madison was gifted a $100 million donation from American businessman John Morgridge, former chairman of the board of Cisco Systems.

Charles Munger, the vice-chairman of Berkshire Hathaway known as Warren Buffett's right-hand man, was also very much in the spirit of giving, donating $65 million to University of California Santa Barbara to support the growth of its theoretical physics department.