Brazil raised interest rates to a more than three-year high on Wednesday, maintaining an aggressive pace of monetary tightening to arrest high inflation and win back investors disillusioned with the once-booming economy.

In a widely expected move, the central bank's eight-member monetary policy committee, known as Copom, voted unanimously to raise its benchmark Selic rate by 50 basis points for the second straight time to 12.25 percent -- its highest level since August of 2011.

The tightening cycle that started shortly after President Dilma Rousseff won reelection in October is at the forefront of a bold policy shift to rebuild the country's fundamentals at a time of great uncertainty for emerging market economies.

In an unusually terse statement, the central bank did not give any hints of what it will do next. 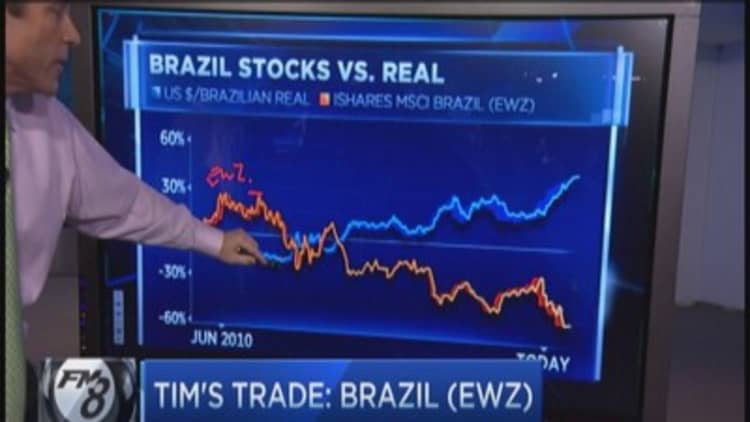 "Considering the macroeconomic outlook and perspectives for inflation, Copom decided unanimously to raise the Selic rate by 0.50 percentage point," said the bank, dropping language in its previous statement on Dec. 3 indicating that future tightening steps would be taken with "parsimony."

The central bank has promised to do "whatever is necessary" to bring 12-month inflation back to the 4.5 percent midpoint of the official target range by 2016 despite fears that a series of rate hikes could push the country into recession.

Read MoreCheap oil is just one worry for Brazil's Petrobras

The road to lower inflation will be a difficult one for Brazil's central bank even as global commodity prices plunge.

Although the Rousseff administration plans steep spending cuts this year, hefty hikes in electricity and bus fares are expected to keep inflation well above the midpoint of the official range, between 2.5 percent and 6.5 percent.

A string of tax increases announced on Monday to plug a widening fiscal deficit will also keep pressure on inflation.

A combination of more public spending, food price shocks and a sharp depreciation of the Brazilian real has kept inflation high in the last four years, eroding investor and consumer confidence in an economy that grew an average of 4 percent a year in the previous decade.