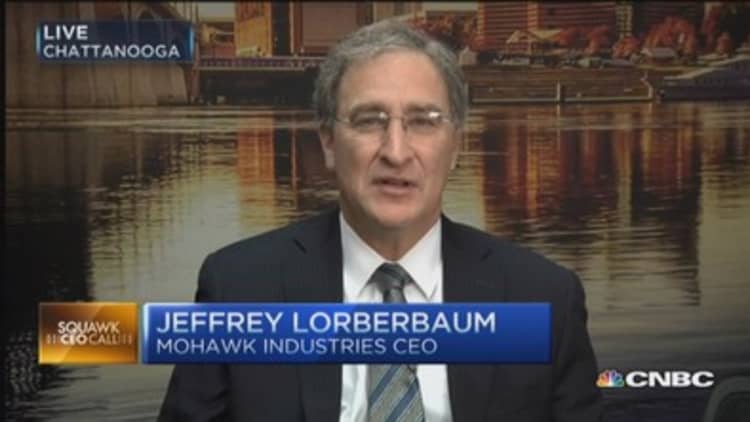 After lagging behind other sectors in the recovery, home improvement and housing are finally positioned to take off, Mohawk Industries CEO Jeffrey Lorberbaum told CNBC on Wednesday.

"All the things are in place for the industry to do better. We have people working more. We have low interest rates. We have housing prices going up. We have more activity going on in business, so we're really optimistic about the future this year," he said in "Squawk Box" interview.

The home improvement industry is typically a leading indicator in recoveries, but this time it has been at the tail end of the upswing as housing prices remained depressed, he added.

Shares of Mohawk are up about 18 percent this year, compared with broader S&P 500 growth of 2.75 percent during the same period. 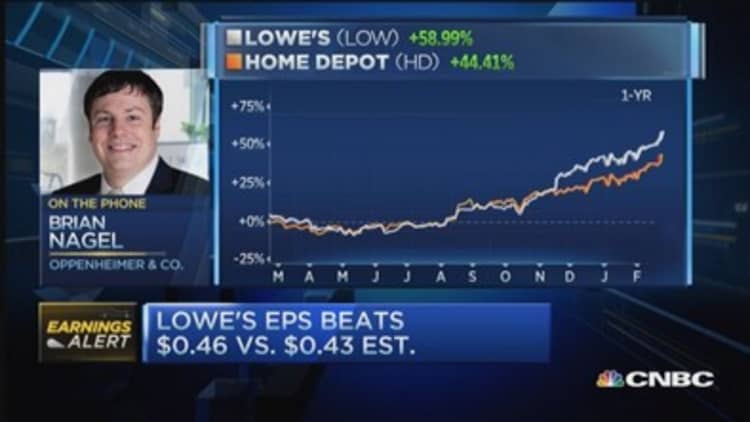 Some investors are concerned that an anticipated rise in interest rates later this year could derail housing market growth, but both Home Depot and Lowe's have continued to do well in past monetary tightening cycles, Oppenheimer & Co. analyst Brian Nagel said.

"All the chatter about higher rates I don't think are much of a real threat to these stocks," he told "Squawk Box."

Recent weakness in new home construction data has not affected Mohawk's business because the company's product is the last thing to go into the home before it is completed, Lorberbaum said. he noted that Mohawk is currently putting flooring into projects that were started six to 12 months ago.

The company has been shielded from the impact of a strengthening dollar because its manufacturing is located in the regions where it sells its products. However, Mohawk said it sees "a significant translation impact" when it repatriates revenue to the United States.