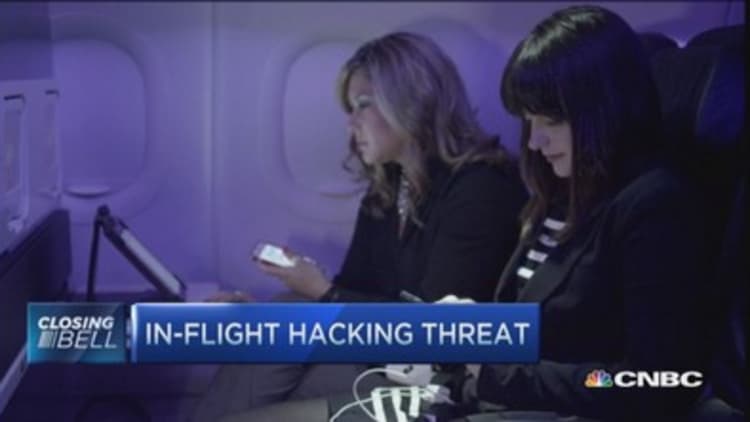 But travelers shouldn't worry about cyber threats to planes in the near future, security experts said Wednesday.

Some Boeing and Airbus planes use passenger Wi-Fi networks on the same system as the plane avionics, opening the possibility for hackers to access flight controls through the in-plane network, according to a Government Accountability Office report released Wednesday. The chances of that happening, though, remain slim.

"We really need to understand that folks can fly safely. The transportation system is safer than it's ever been," said Steve Grobman, chief technology officer at Intel Security Group, in a CNBC "Closing Bell" interview.

Entering plane systems through passenger Wi-Fi is possible, Grobman noted. But he said that airlines and regulators have "many, many measures in place to protect against the type of scenario we're talking about."

Planes have a separate firewall between in-flight Wi-Fi and avionics, added David Kenny, CEO of information security firm TrustedSec. Grabbing the controls would require "someone who's at least a skilled hacker," he said.

Boeing and Airbus did not immediately respond to CNBC's request to comment on the report.