Many of us can rattle off the names of friends or former colleagues who walked away from their careers to stay home and take care of children. There's even a good chance that you have done so yourself.

Although the recent economic downturn made Americans more reluctant to voluntarily quit their jobs, nearly a third (31 percent) of the college-educated women who participated in a 2009 national survey by the Center for Talent Innovation had taken a break from their careers. Family obligations, specifically childcare issues, were the main reason for "career downshifting," according to the study.

Men, in growing numbers, are also stepping back from their careers to take care of children. Like their female counterparts, stay-at-home dads are likely to assume they can go back to work at some point. But that hasn't always been the case, at least as far as women are concerned.

"In the 1970s it was an all-or-nothing proposition for women. Either they were immersed in their careers or stepped off and stayed at home and felt they wouldn't have the opportunity to return again," said Carol Fishman Cohen, CEO of iRelaunch, a career reentry resource serving individuals, universities and employers.

"Starting in the mid-'80s, people coming out of college and graduate school were the first ones who, when they left the workforce years later, did it with the idea that it was possible for them to return to work," she explained.

What many have learned is that going back is certainly possible—but not easy. The Center for Talent Innovation survey found that the vast majority of women who left the workforce wanted to resume their careers, but only 40 percent were able to return to full-time work. Many of those who did return to work paid a price in terms of lost earning power and professional status, at least initially.

The career break is really a gift. It is often the first time people allow themselves to step back and reflect.
Carol Fishman Cohen
CEO of iRelaunch

Despite the sobering findings, there are ways to increase your chances of returning to work after a career break and finding contentment in the next phase of your professional life. Here's what Cohen and other reentry experts suggest:

1. Figure it out. If you've taken a career break and are really ready to get back into the workforce, figure out exactly what you want to do. Taking the time to clarify your goals will focus your job search and improve your odds of finding the right fit.

There are self-help books to guide you through the career-assessment process, but you can also work with a paid coach or take a course. Some college-alumni offices provide access to free or low-cost career-assessment tools.

Once you've figured out what you want to do, you'll have a better sense as to whether you need any formal education or professional certification, said Cohen, co-author of the book "Back on the Career Track: A Guide for Stay-at-Home Moms Who Want to Return to Work." 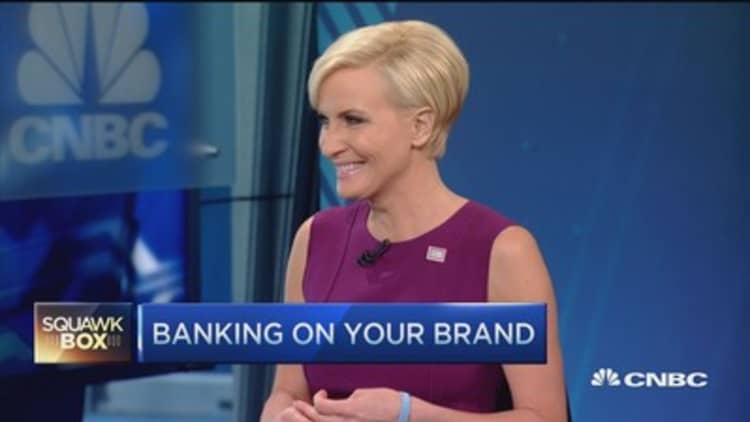 "The career break is really a gift," she added. "It is often the first time people allow themselves to step back and reflect on whether they were on the right career path to begin with."

2. Network. Networking is perhaps the most effective way to figure out your next career move and land job interviews. But networking takes nerve and, if you've been out of the workforce for some time, there's a good chance that you aren't feeling overly confident about your qualifications. You may also doubt that you have any useful contacts, particularly if you are mulling a career change.

Read MoreAre you a stock or a bond in life?

The solution, experts say, is to start by networking with people in your "safe zone"—in other words, nonjudgmental friends and family members. Next, reach out to acquaintances, such as people you've gotten to know through volunteer work, and to former colleagues with whom you have a good rapport.

Your initial efforts should help you to refine your "elevator pitch"—a brief explanation of what you've done and what you want to be doing next in your career—and build up your confidence as you work up to meeting with high-value contacts, said Michelle Friedman, founder of Advancing Women's Careers, a consulting and coaching firm. A good "elevator pitch," she added, should also include "a little bit of an ask," such as a request for introductions to people who are doing the type of work you'd like to do.

"People will spend hours on job boards, and for a relauncher, the hit rate is usually low because of the gap in their résumés," said Friedman, who is a professional certified coach (PCC). "You are always better off networking with people you know, or friends of friends."

3. Be honest. Although there is a lingering stigma associated with having a big gap on your résumé, Friedman argues that there is no need to sound apologetic about your career break when discussing your background with potential employers. You shouldn't dwell on the topic either, she said.

"Move off that topic as quickly as possible and talk about your experiences, why you would add value and how you envision yourself within an organization," she said.

One way to minimize the gap on your résumé is to highlight any volunteer work you've done during your break from the workforce, noted Friedman. But make sure to describe it in terms that appeal to hiring managers, she added.

"I encourage people to sit down and write the volunteer job description as if they were getting paid for it," Friedman said.

4. Plan. Finally, it's important to have a support system and a game plan. Looking for a job, under any circumstances, can be daunting and emotionally draining. By enlisting a friend to provide support or joining an online group for people reentering the workforce, you are less likely to become discouraged. A written game plan with clear goals and progress measures will also help you maintain momentum.

"One of the challenges is maintaining your momentum on your job search. It is important to keep going when you have a setback," said Cohen.

—By Anna Robaton, special to CNBC.com