They may be getting up there in years, but they're still loved.

The majority of the public has positive opinions about the massive Medicare and Medicaid health coverage systems—which will mark their 50th anniversaries later this month—and rate them among the most important government-run programs, according to a new survey.

Strong majorities favor maintaining the basic ways that the two programs operate, as opposed to Republican-backed proposals that would significantly alter their structures, and potentially increase health costs for the more than 112 million primarily elderly and poor Americas, the Kaiser Family Foundation survey found.

However, a slight majority of people are concerned that Medicare will be unable to give enrollees the same level of health benefits in the future, according to Kaiser's poll, which was released Friday.

And more than two-thirds of respondents said Medicare needs to undergo at least some changes, however slight, to keep it financially stable in the future. A whopping 87 percent of respondents favored giving the federal government power to negotiate prescription drug prices with pharmaceutical companies, which President Barack Obama has proposed in his most recent budget plan.

Medicare and Medicaid, which in 2015 will cost more than $1 trillion in government spending, "are important programs to people," that "are really woven into the fabric of American lives," said Mollyann Brodie, a senior vice president of the Kaiser Family Foundation, and head of that group's survey team.

"The American public prefers the status quo, and they get anxious about changes to the programs," Brodie said. "They don't want the beneficiaries of the programs to bear any additional cost burdens."

However, Brodie noted that with regard to Medicare—the second most-popular government program after Social Security—"There is worry among younger Americans about whether it's going to be there for them" when they get old.

She also said that unlike the Affordable Care Act, which remains unpopular among Republicans, "We see much more across-the-board bipartisan support and agreement about these programs."

"Many more Americans feel that these programs are personally impacting their lives than are saying the same about Obamacare," Brodie said.

In addition to seniors who make up the bulk of Medicare's 55 million enrollees, the federally run program covers younger people with disabilities, and those with severe kidney disease and Lou Gehrig's disease.

Read MoreObamacare's tax audits are few and far between

Medicaid, which has more than 70 million enrollees, covers low-income adults and children as well as seniors in nursing homes. Medicaid is jointly run by the federal government and individual states.

Obamacare, in contrast, has led to coverage for about 10 million people who purchased private individual insurance plans sold on government-run ACA marketplaces. Medicaid's enrollment includes 11 million or so people who have joined the program since implementation of the ACA, which both encouraged states to expand eligibility to include nearly all poor adults, and mandated that all Americans obtain health coverage or pay a fine.

Medicare has stronger support among the public than Medicaid, despite its lower enrollment, Kaiser found.

The foundation's survey, which questioned 1,849 adults, found that 77 percent of them considered Medicare to be a very important government program, and 76 percent said Medicare was personally important to themselves and their family.

Republicans were less likely than Democrats to view both programs as important, although a strong majority of Republicans viewed Medicare as important. 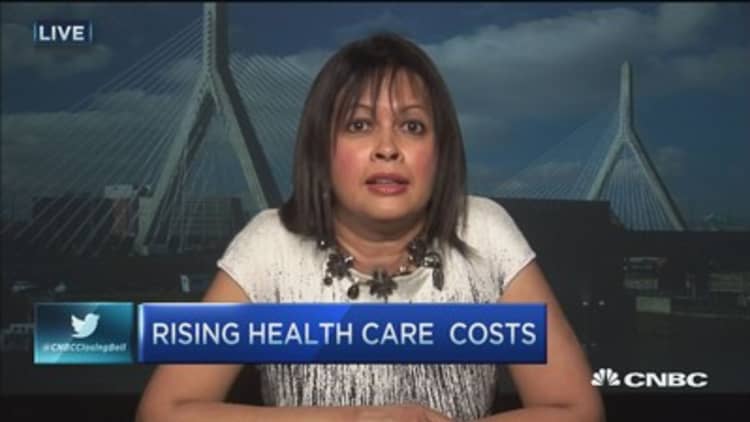 More people, 60 percent, also considered Medicare to be working well for most seniors, compared to just 50 percent who said Medicaid is working well for the lower-income people who make up most of its enrollment.

And a very strong majority—85 percent—of respondents not currently enrolled in Medicaid said they would sign up for the program if they became uninsured and needed medical care.

There was relatively weak support for the idea of changing the way either program is run.

Some Republicans have suggested, as a way to keep Medicare sustainable, moving it toward becoming a premium support program, which would give enrollees a fixed sum of money that would be used to purchase coverage from either traditional Medicare or private health plans.

Another idea backed by some Republicans would end the federal government's policy of matching state spending on Medicaid on an open-ended basis. Instead, it would award states block grants, and "could allow states more flexibility in determining which groups of people and what services are covered under the program," the Kaiser report said.

Only a quarter of respondents said Medicare should be moved to a premium support model, while 70 percent said it should remain as is.

Just a third of people said Medicaid should move to a block grant system, while 62 percent said it should remain the same as it is now.