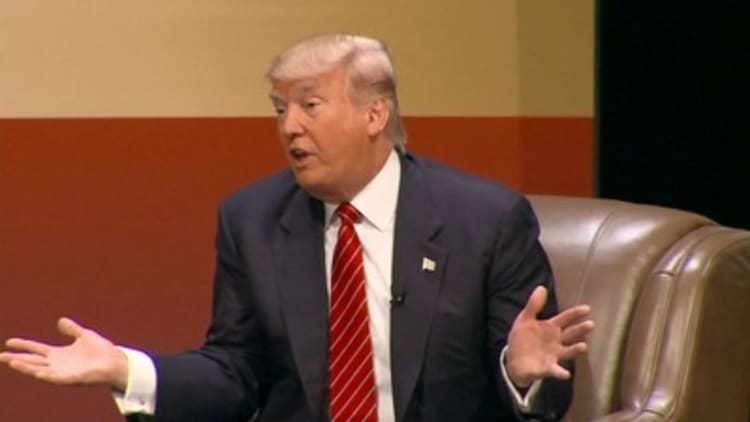 Republican presidential candidate Donald Trump on Tuesday said China's devaluation of the yuan would be "devastating" for the United States.

"They're just destroying us," the billionaire businessman, a long-time critic of China's currency policy, said in a CNN interview.

"They keep devaluing their currency until they get it right. They're doing a big cut in the yuan, and that's going to be devastating for us."

Read MoreHillary on Trump: 'It's all entertainment'

Earlier on Tuesday, China devalued its currency following a series of poor economic data in the yuan's biggest fall since 1994. Some said this could signal a long-term slide in the exchange rate.

China has been a frequent theme for Trump since he entered the 2016 presidential campaign, promising to be a tougher negotiator with Beijing in order to bolster the U.S. economy.