Phil Moeller, co-author of “Get What's Yours: The Secrets to Maxing Out Your Social Security”
Published 3:32 PM ET Thu, 13 Aug 2015 CNBC.com 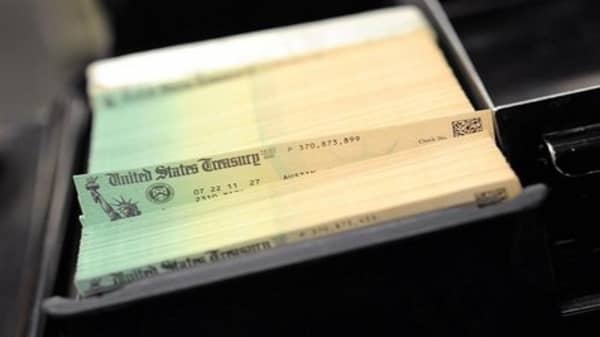 Social Security is celebrating its 80th birthday this week—not bad for a program that was as hotly contested in its day (three trips to the U.S. Supreme Court) as was Medicare 50 years ago and as the Affordable Care Act still is, even five years after it was passed.

When Larry Kotlikoff, Paul Solman and I were writing "Get What's Yours: The Secrets to Maxing Out Your Social Security," we agreed on nearly everything in the book except the future path that Social Security would take.

Larry, a world-renowned economist, makes an ironclad case that the program is bankrupt today and has been for some time. By this, he means that the promises the program must honor by law to current and future beneficiaries exceed its current and future mandated resources by trillions and trillions of dollars. To align these liabilities and assets for future generations would require a combination of benefit cuts and tax increases so massive as to be politically and perhaps economically impossible.

I see Larry's points, which are based on what's called an "infinite horizon" look at Social Security benefits and resources. I don't see a workable path to address Larry's objections other than to pursue an incremental approach that looks at a shorter time period. Social Security itself uses a 75-year window, which is fine by me.

Looking at what must happen to the program for it to be self-sustaining over this shorter period creates a wealth of possible solutions. Could Social Security solve Larry's infinite horizon deficits in 75 years? In the real world of politics and fiscal trade-offs in which we live, I don't think so. But it certainly would be great to adopt changes that leave the program in much better shape in 2090 than it is now.

The choices of possible Social Security changes have been extensively studied, so we know a lot about what they would cost and how they would affect not only Social Security's finances but the lives of nearly 60 million retired and disabled people who count on the system today, plus more than 200 million people in the U.S. who are currently having Social Security and Medicare taxes withheld from their workplace earnings.

The leading options for a relatively painless "right-sizing" of Social Security include:

1. Raise the annual wage ceiling on which payroll taxes are paid. The program used to capture 90 percent of all wage income with payroll taxes. But years of rising income inequality have pushed more and more wages above the ceiling. Today's $118,500 tax cap would need to roughly double to result in Social Security again capturing 90 percent of wages. This step alone will close as much as a third or more of the system's projected 75-year shortfall.

2. Raise the full retirement age to 69 or 70. It's a sensible reflection of not only longevity gains but people's ability and desire to continue working into their late 60s and beyond. This change, phased in over many years, could close nearly half of the shortfall. However, many people can't keep working until age 70. So I also would boost early retirement benefits, reducing the net improvement to the program.

3. Reduce the program's cost-of-living adjustment by about 0.3 of a percentage point a year. Program supporters howl about such a change, but compromises must be made here. I think we can live with this shift, and a reduction in the adjustment would close nearly 20 percent of the long-term funding shortfall all by itself.

Candidates don't realize US 'is bankrupt'

There are many other changes that should be considered. We've known for decades that Social Security needs a financial makeover. It has roughly 20 years before its reserves are exhausted, at which time it would be able to pay only 79 cents on each dollar of legitimate benefit claims. This gap must be closed, and soon.

Social Security has become essential to the nation's retirement security. It has lots of flaws, as we note in our book. But it pays out north of $800 billion a year in benefits and does so, for the most part, fairly and efficiently.

If Congress truly cares about boosting its low public approval ratings, it should tackle this issue now, and not put it off until after next year's presidential election.

Journalist Phil Moeller is co-author of the New York Times bestseller, "Get What's Yours: The Secrets to Maxing Out Your Social Security." Follow him on Twitter @PhilMoeller.