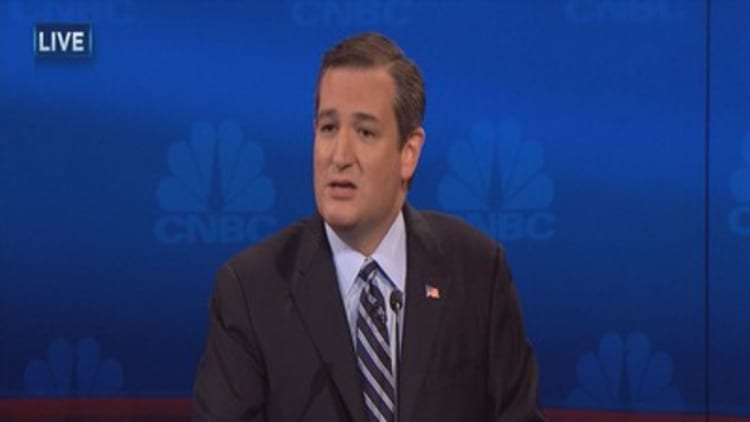 Sen. Ted Cruz said Wednesday night he has "deep concerns" about the Federal Reserve and it should be audited.

"I think the Fed should get out of the business of trying to juice our economy, and simply be focused on sound money and monetary stability, ideally tied to gold," he said during the Republican presidential debate.

Catch up with our live debate coverage here or watch it live here.

Earlier Wednesday, the Fed decided to keep its key interest rate at near-zero percent rather than hike it for the first time in more than nine years.

Uncertainty over the Fed's direction has contributed to market volatility, though stocks have been on the rise since late September.