Even in a world of start-up unicorns and big mergers, Activision-Blizzard's $5.9 billion buyout of King Digital is a head turner.

The purchase price is more than five times what Amazon spent on game streaming site Twitch. It's roughly triple the $2 billion Facebook paid for Oculus last March. It blows past the $2.5 billion Microsoft paid for "Minecraft" creator Mojang in 2014. And it's just under $2 billion more than Disney paid for Lucasfilm and the "Star Wars" franchise in 2012.

That's a lot of money to get into the free-to-play world. But it gives Activision an immediate and significant presence in the mobile gaming industry, an area where it has historically lacked scale.

"They're getting a leadership position in the fast-growing mobile gaming space," said Eric Handler, senior equity analyst for MKM Partners. "They are paying a very reasonable acquisition multiple — half of what they're trading. They have found a tax-efficient way to use their offshore cash. And they get a business that they couldn't replicate soon organically." 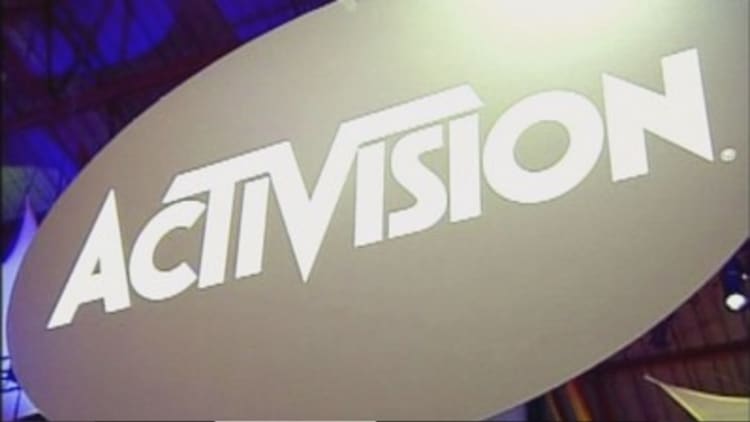 By acquiring King, Activision is able to springboard into a strong mobile leadership position, versus Facebook's bet on the future with Oculus. And it gets a strong stream of predictable revenue with good margins, presumably much greater than Microsoft gets from "Minecraft," Handler said.

Another possible reason for the high price tag is that Activision didn't want to find itself in the middle of a bidding war with another cash-rich publisher. King's inability to top its IPO price and its failure to produce a follow-up on the same scale as "Candy Crush Saga" had raised speculation about whether it was a takeover target.

"We suspected the company was prepared for an acquisition, although we believed Take-Two would be a more natural candidate," said Mike Hickey, an analyst with Benchmark.

Activision has been slow to embrace mobile, a deliberate move to ensure that consumer enthusiasm in the space was not a short-term spike, like Facebook gaming proved to be in 2010.

In the past couple years, though, it has begun to invest in mobile games, with some notable success. Blizzard's "Hearthstone," a PC and mobile game, has attracted more than 25 million players. Mobile versions of the "Skylanders" franchise have performed well, also.

But that's nothing compared to King's 474 million monthly active users. And the deal also opens up new global areas to Activision.

That's all good. However, a $6 billion deal for a mobile game maker is still bound to elicit some sticker shock from investors. To soothe nerves, Activision CEO Bobby Kotick seemingly addressed the issue during a conference call discussing the acquisition.

"When we merged with Blizzard, we found the right partner with extraordinary leadership," he said. "And when others dismissed [it], we were certain patience would be rewarded, and it has. We see the same situation with King."