What should be the response to the rising dollar? 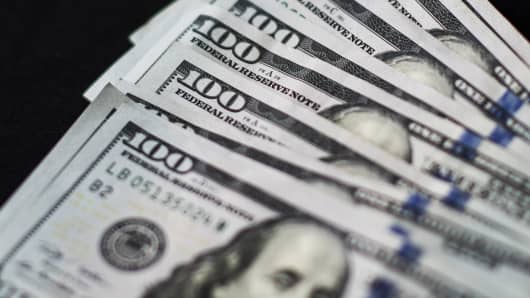 Getty Images
The U.S. dollar has regained some strength in recent weeks.

Global excess demand for the dollar drove up its exchange rate against the euro 1.31 percent in the course of Friday's trading.

Over the past two weeks, the greenback rose 5.5 percent with respect to the European currency, its only major competitor as an international transactions currency, store of value and an official reserve asset. The dollar is now registering an annual gain of 14 percent against the euro.

The picture of the continuing demand-supply imbalance in dollar-denominated assets is essentially the same even if one looks at the (relative) price of the dollar vis-a-vis a broader range of world currencies. On that measure - called the dollar's trade-weighted exchange rate – the value of the dollar has risen 15 percent over the past twelve months.

Does that look to you like, as some dollar bears claim, the Fed has been debasing the dollar? Or that, as the bubble aficionados keep repeating, the world's soaring demand for dollar assets has created a huge bubble in U.S. bond and equity markets?

These are easy questions. But first let's put them in a broader perspective.

Living with a strong dollar

Here is the context; the dollar is an undisputed pillar of the global financial system. It is an entirely special case of a national currency serving as the predominant world money. The upshot is that one cannot look separately at the domestic (i.e. U.S.) and international implications of the dollar's exchange-rate changes.

The Fed, however, has to do some of that because it has a policy mandate for America's economic growth, employment and price stability. 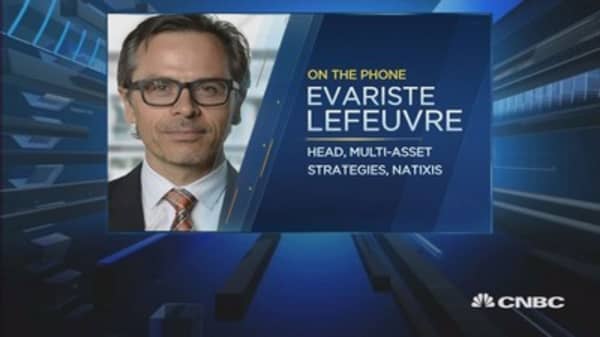 It is obvious, for example, that in an increasingly open American economy a sharp and continued dollar appreciation negatively impacts American exports and American import-competing industries. We can see that impact from the latest trade numbers, showing that U.S. export sales declined 6.2 percent in the first nine months of this year. The Fed cannot be indifferent to that because exports account for 13.5 percent of the economy and directly support an estimated 12 million U.S. jobs.

For these reasons, the rising dollar will be partly blamed for the possibility that the American trade deficit will reduce the GDP growth this year by an entire percentage point.

Price inflation is the next policy issue where the dollar's exchange rate operates through a number of channels. The broadest such channel is the depressive impact of the strong dollar on U.S. exports and a vast range of import-competing industries. Inflation is also affected by falling import prices, and by a reduced pricing power for American businesses operating in markets where foreign competitors offer the same or similar products and services.

That is what we see now. U.S. import and export prices were falling last September at annual rates of 10.7 percent and 7.4 percent respectively. U.S. exporters are struggling with an increasingly price-competitive environment and a softening global demand. As a result, prices of U.S. agricultural exports are falling at an annual rate of 13.5 percent, while prices of non-farm products are down 6.7 percent.

These are the prices directly impacted by the dollar's exchange rate.

Partly as a result of such price effects in sectors of U.S. economy exposed to international trade, the general inflation level in September was zero – a sharp decline from a 1.7 percent increase a year earlier, and a confirmation of a flat inflation trend line traced out since the beginning of this year.

That looks fine, but is there any reason to worry about wages and unit labor costs under conditions of steadily increasing employment growth, as there is in the U.S.?

On current evidence, the answer is no. In spite of the declining unemployment rate from 5.7 percent to 5 percent in the first ten months of this year, there has been no acceleration in the rates of growth of wages and unit labor costs. Hourly compensations over that period edged up 2.2 percent, down from a 2.7 percent gain over the same period of 2014.

A more meaningful labor cost story is very similar. Unit labor costs (hourly compensations minus labor productivity) in the first three quarters of this year rose at an annual rate of 1.6 percent, a shade weaker than a 1.8 percent increase a year earlier.

Does all that mean that the Fed should be in no hurry to begin raising interest rates?

I believe the answer is yes.

A central bank facing its sharply appreciating currency – an indication of a supply shortage for a given level of demand – does not restrict its supply by raising interest rates. If it were to do that, it would just be adding oil to fire, depressing exports and large segments of import-competing industries, while aggravating the deflationary bias to the economy as a whole.

The Fed also has to consider the fact that it cannot count on fiscal policy to offset monetary tightening by stimulating domestic demand via tax cuts and public spending. For all practical purposes, U.S. fiscal policy remains a largely frozen instrument of macroeconomic management, as Washington continues to struggle with an estimated budget deficit of more than 3 percent of GDP and an $18 trillion in gross national debt that currently exceeds the size of the economy.

In fact, the Congress not only wants to take $29.3 billion from the Fed's cash reserve to fund its $325 billion transportation bill passed last week, but it also seems to expect that the Fed will continue to hold the cost of federal funding as low as possible to help control debts and deficits.

So, here is the question: If further dollar appreciation was fueled by a Fed's rate hike and U.S. domestic demand stalled in an environment of a weakening world economy, what could the Fed do to restart the engine? Take the rates back down, and go for another round of QEs?

The Fed, of course, is aware of all that. The data we have at the moment don't suggest that the Fed is preparing an imminent policy change.

The wage behavior, I believe, will be the critical piece of information to watch, because any additional tightening of labor markets could be seen as leading to cost-push inflation validated by loose credit conditions.