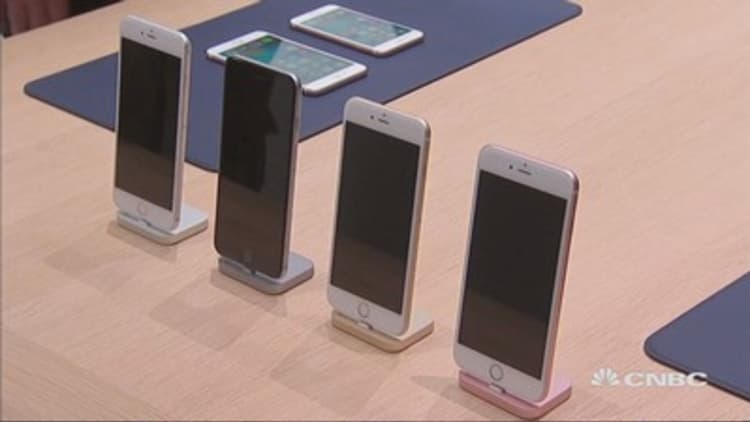 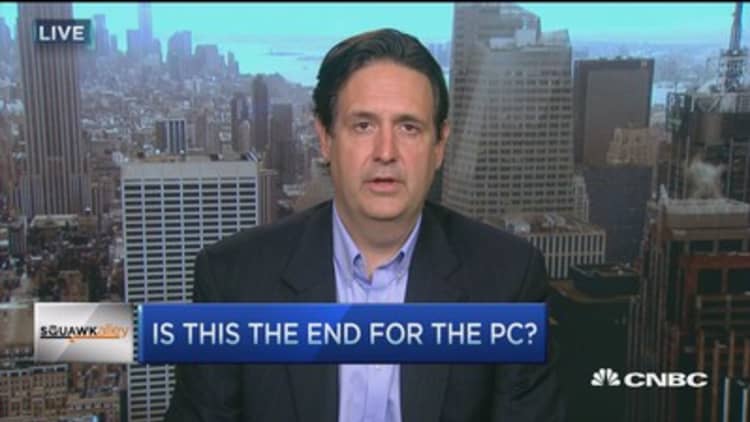 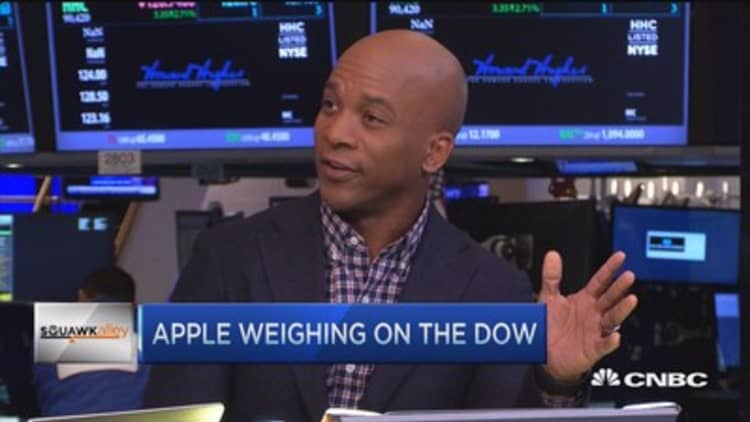 Apple may be in a spot of trouble, at least in the short term, Credit Suisse said Tuesday.

The Swiss bank said in a note the tech giant has cut as much as 10 percent of its component orders. "The cuts seem to be driven by weak demand for the new iPhone 6S, as overall builds are now estimated to be below 80 million units for the December quarter and between 55 million-60 million units for the March quarter," the bank said. 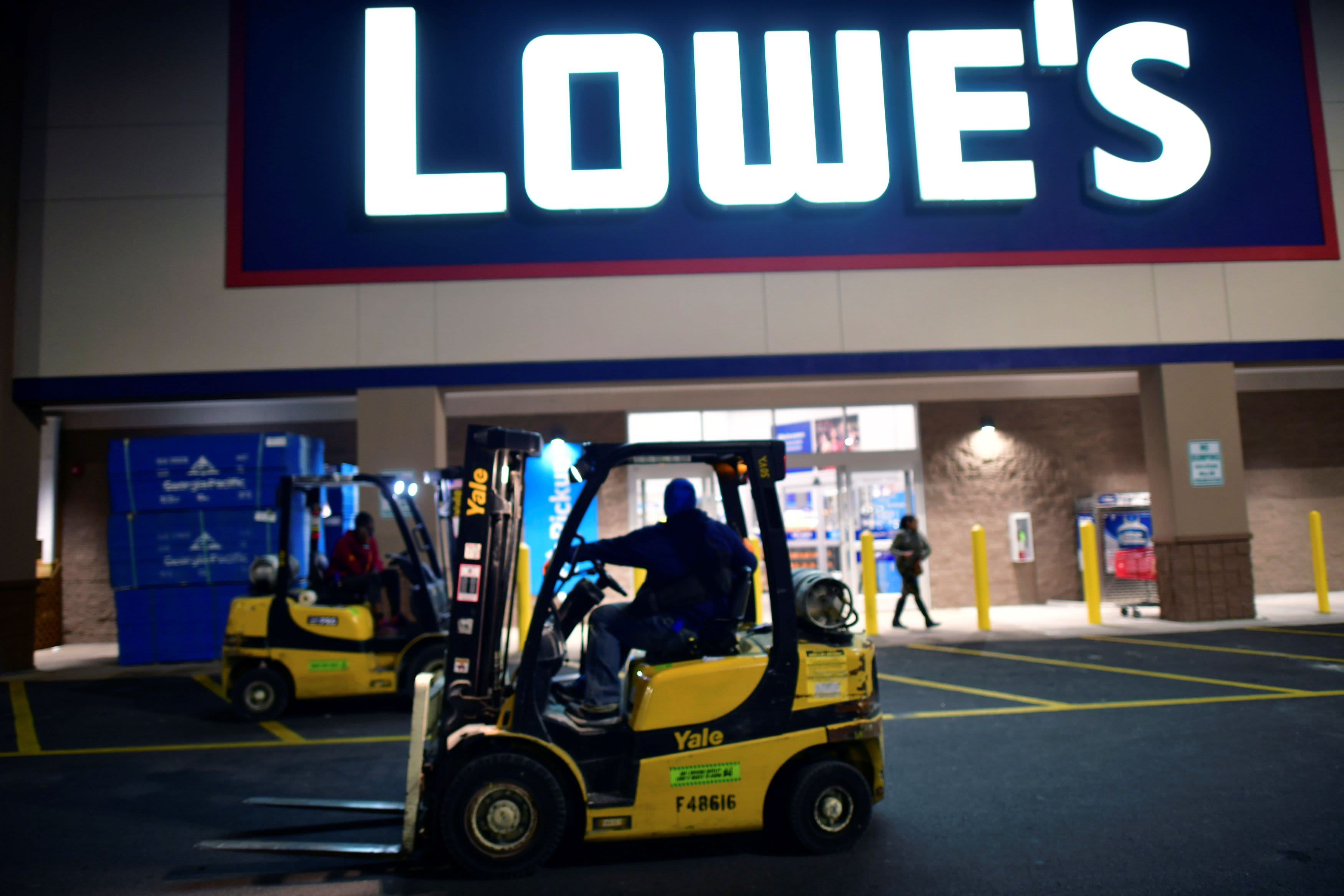 Credit Suisse also lowered its iPhone estimates for 2016 to 222 million from 242 million. It estimated a 6 percent year-over-year growth rate in 2017. "We believe such adjustments reflect a more subdued launch around the iPhone 6S/6S Plus in terms of uptake."

However, the bank is not recommending investors sell the stock, but rather "buy any dips."

"While we acknowledge that shares may remain rangebound for the next few quarters (between $100 and $130), we continue to believe any weakness creates an attractive entry point. Specifically, we see scope for Apple's rapid installed base growth of iPhone to drive future upgrades beyond the next few quarters and additionally see the installment plans structurally accelerating the upgrade rates of iPhone users," the bank said.

Walter Piecyk, an analyst at BTIG, told CNBC's "Squawk Alley" that should take these "supply chain checks in perspective with what's going on with the overall company."

"Keep in mind that Apple's stock is up 6 percent this year and the market's flat," he said.

Apple shares were down about 3.5 percent in afternoon trading.

Dan Ives, an analyst at FBR Capital Markets, told CNBC's "Power Lunch" on Tuesday there are a lot of bears "yelling 'fire' in a crowded theater, just like we saw three months ago."

"There's definitely an iPhone 6 hangover, and you're going to see that in March and June, but then that sets up for the iPhone 7 — which is really the blockbuster release," Ives said.

Still, Colin Gillis of BGC Partners, said in the same interview that the smartphone market is "grinding down."

"If you look at what unit sales are going to do in the December quarter, they are going down to the mid-single-digit range," Gillis said. "This is a company that's dependent on hardware."

Apple did not immediately respond to a CNBC request for comment.