A gunman claiming allegiance to Islamic State militants shot and seriously wounded a Philadelphia police officer, saying he ambushed his patrol car "in the name of Islam," the city's police commissioner said on Friday.

Edward Archer of Philadelphia approached Officer Jesse Hartnett, 33, shortly before midnight and fired 11 rounds, three of which hit the officer in his arm, authorities said.

Police released still images from surveillance video that showed the gunman dressed in a long white robe walking toward the car and firing, eventually getting close enough to shoot at point-blank range through the window.

Hartnett chased Archer, who was arrested by responding officers and later confessed to the attack, police officials told reporters.

"He has confessed to committing this cowardly act in the name of Islam," Ross told a press conference, adding that the 30-year-old assailant also referenced Islamic State militants.

Philadelphia Police Captain James Clark added, "He said he pledges his allegiance to Islamic State, he follows Allah and that was the reason he was called on to do this." Separately, a report in the Wall Street Journal cited an unnamed official who told the publication that the suspect had recently traveled to Egypt and Saudi Arabia.

A top U.S. Muslim advocacy group said it had found no evidence that Archer was an observant Muslim.

FBI Special Agent Eric Ruona said Archer had traveled to Saudi Arabia in 2011 and Egypt in 2012 and those trips were under investigation. There was no indication that Archer had acted with anybody else, he said.

U.S. officials have been on high security alert following a series of Islamic State-linked attacks at home and abroad over the last few months.

In November, gunman and suicide bombers affiliated with Islamic State killed 130 people in a series of attacks in Paris. Last month a married couple fatally shot 14 people in San Bernardino, California, in an attack inspired by Islamic State.

Islamic State puts out ruling on sex with female slaves

Those concerns have led to calls by some Republican governors and presidential hopefuls to restrict the admission of Syrian refugees fleeing that country's long civil war.

"In no way, shape or form does anyone in this room believe that what was done represents Islam," Kenney said. "This was done by a criminal with a stolen gun."

The Council on American-Islamic Relations, the leading U.S. Muslim advocacy group, on Friday said Archer "does not appear" to be an observant Muslim.

At the Masjid Mujahideen mosque, which stands around the block from the home where Archer was believed to have lived, Imam Asim Abdur-Rashid said he did not know Archer and was not aware if he had ever prayed at the mosque.

"When it's time to pray, you get to wherever is closest," Abdur-Rashid said, adding, "There's no conflict between us and anyone in the world."

A woman who lived on the same block as Archer's mother but declined to give her name said police had responded to the house on occasion but described the suspect as "pleasant."

Neighbor Natalie King, 68, a retired public worker, said she had seen the man she knew as "Eddie" going to the mosque every Friday. "He's a nice boy. I am shocked," she said.

There was no evidence as yet that the shooter had worked with anyone else, Ross said.

"He was savvy enough to stop just short of implicating himself in a conspiracy," Ross said. "He doesn't appear to be a stupid individual, just an extremely violent one."

About a dozen FBI agents and city detectives could be seen on Friday afternoon searching a two-story row house in a working class West Philadelphia neighborhood where Archer was believed to have stayed at times and a second home just outside the city where his mother lives.

The house where Archer was believed to have stayed was about two blocks away from the intersection where Hartnett was shot.

Archer has a criminal history. Court records show he pleaded guilty in 2014 to assault and carrying an unlicensed gun, charges that got him a prison sentence of between nine and 23 months. 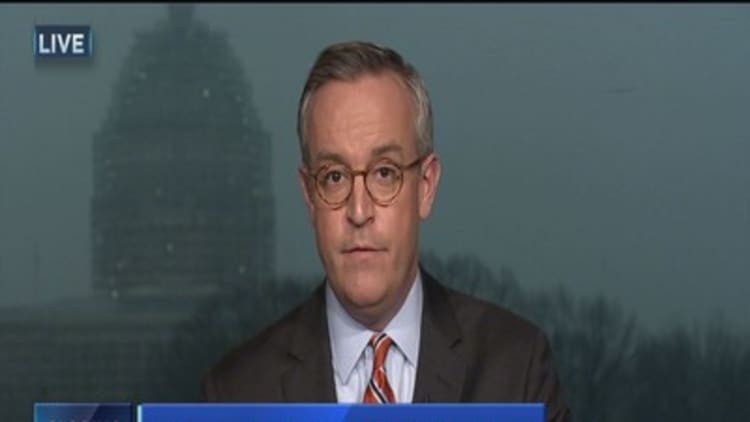 Archer's mother told the Philadelphia Inquirer that her son, the oldest of seven children, had suffered head injuries from football and a moped accident.

"He's been acting kind of strange lately. He's been talking to himself," and hearing voices, the newspaper quoted Valerie Holliday as saying. "We asked him to get medical help." She described him as a longtime "devout" Muslim.

Hartnett was taken to Penn Presbyterian Hospital and will require several surgeries for three gunshot wounds in his arm.

Archer used a 9 mm handgun that had been stolen from a Philadelphia police officer's home several years ago, but not by him, Ross said.

In New York City, where two police officers were shot dead in their patrol car in a December 2014 attack by a man angry over police killings of unarmed black men, the police department urged officers to "exercise heightened vigilance and implement proactive measures" in light of the Philadelphia shooting.

"Those who carry out attacks in the name of ISIS or any other terrorist organization must be fully prosecuted," said U.S. Senator Bob Casey of Pennsylvania, using a common acronym for Islamic State. "We have to take every appropriate step to safeguard our communities and ensure safety."

--CNBC.com contributed to this article.