As the presidential cycle now shifts to New Hampshire, Democrat Hillary Clinton is likely to be pressed on the state of the American worker and the gig economy.

Clinton previously has raised questions about the growing employment trend and its workplace protections. But what if welfare recipients were matched with small-task jobs at places like Uber and TaskRabbit? That's an idea one former congressional staffer is pitching.

"The old idea that you're employed or not employed, able to work 9 to 5, there's a whole new gray area in between," said Derek Khanna, a former staffer for the House Republican Study Committee and now an intellectual property litigator in Silicon Valley. "We need to rethink all those conclusions with a gig economy."

Read MoreWhat Iowa tells us about the 2016 race now

The basic idea is to connect those seeking employment with available jobs. In a gig or on-demand economy, freelancers use smartphones and other technology platforms to rent homes or drive passengers to destinations for income. Amid an uneven recovery since the recession, many Americans workers — everyone from college students to those chronically unemployed and in theirs 50s and older — have turned to small-task jobs to create a patchwork of employment.

Whether it's driving an Uber or Lyft car, or renting a space on Airbnb, an estimated 53 million Americans — more than 1 in 3 workers — are freelancers, according to a 2014 report by independent research firm Edelman Berland.

"All the social science says self-sufficiency cannot be overstated, to wake up everyday and do something," Khanna said. A technology policy expert, he pressed a campaign that led to a bill to legalize unlocking your cellphone.

"Even if it's not your old wage and not what you want to do in the future, it's vastly superior than not being able to do anything," Khanna said.

But some workplace and wage advocates have expressed doubt about the gig economy. Using a lucrative business model hinged on nonemployee status for its fleet of contract workers, workplace advocates say some of these start-ups are evading payroll taxes, workers compensation and unemployment insurance payments and minimum wage and overtime laws.

"With these on-demand jobs, you're either for innovation. And if you want any level of regulation, you're a stick in the mud and you want to put the business to a halt," said Sarah Leberstein, a senior staff attorney at the National Employment Law Project. "That's a false dichotomy."

Just because hiring for short-term gigs is happening on mobile platforms doesn't mean labor laws are moot. "People have been hiring contract workers in the hall or the street for years," Leberstein said. "Just because it's taking place on the Internet doesn't mean that the nature of work is so fundamentally different that it requires a whole reworking of the labor laws." 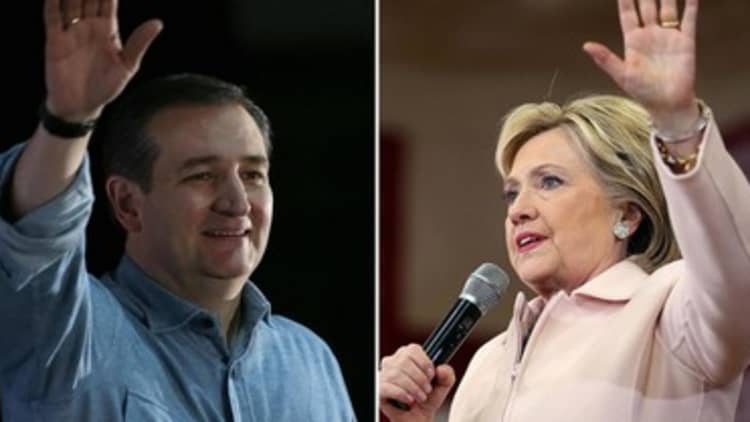 However, with Washington's commitment to workfare programs dwindling, Khanna said the timing may be right to pair available jobs with those in social safety net programs. In 1996, Congress passed work and welfare reform that included work requirements.

Khanna is realistic that some on-demand jobs don't make a full work week by traditional measures. "The gig economy may or may not be a full replacement for a 50 hour work week," he said. "Maybe it's not a full income stream, but it's better than nothing."

Khanna added that many on-demand jobs come with flexible hours and can include working remotely from home.

Uber, for example, says driving for the company creates flexible opportunities for thousands of Americans. "More people are using the platform on the side, higher numbers of women are starting to drive, and driver-partners are using the app as passengers as well," said Uber in a December post.

In the end, the courts may decide the future of the gig economy.

Last week, ride-hailing start-up Lyft settled a proposed class-action lawsuit. The settlement offered drivers some concessions, but stopped short of reclassifying the drivers as employees. An Uber class-action suit, filed on behalf of some drivers who want to be considered employees, is set for trial in June in California.

Looking past Iowa to New Hampshire and the Southern states in the presidential race, Clinton will be pressed on many issues, including her economic agenda. While the broad economy has recovered, some data suggests Americans are on two separate paths.

For example, the unemployed, the underemployed and the discouraged have remained above prerecession levels. The so called U-6 rate stayed level in December at 9.9 percent, according to the Labor Department.

Separate data from the National Employment Law Project show low-wage job gains outpacing higher-wage jobs growth. There are now 1.2 million fewer jobs in mid- and higher-wage industries than there were prior to the Great Recession, according to the data. In contrast, there are 2.3 million more jobs in lower-wage sectors than before the recession.

"Many Americans are making extra money renting out a spare room, designing a website ... even driving their own car," Clinton said last year. "This on-demand or so called gig economy is creating exciting opportunities and unleashing innovation, but it's also raising hard questions about workplace protections and what a good job will look like in the future," she said.