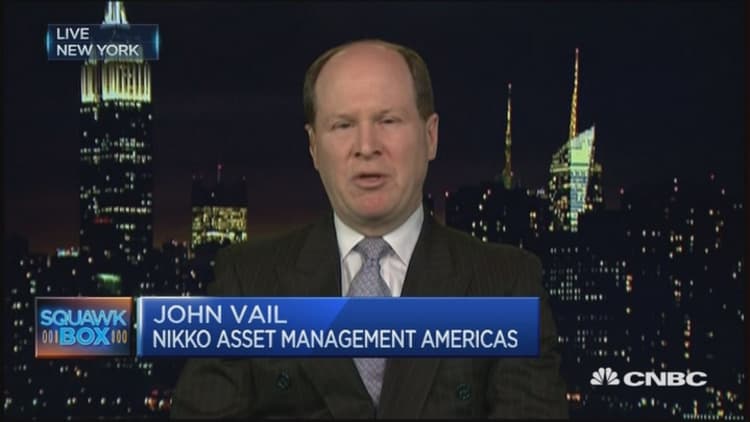 Japanese Prime Minister Shinzo Abe has held a meeting with his top financial diplomat, as well as the Bank of Japan's governor, amid a report the "architect of Abenomics" had called for a Group of 20-wide response to the market rout.

The high-level meeting and comments by Kozo Yamamoto, a key Abe ally, on Friday came as country's stock markets plunged again and the currency remained elevated. It's the second time this week that top policymakers came out talking up the health of the economy and markets and warning they were closely watching the yen's spike higher.

After emerging from a meeting with Abe, Bank of Japan Governor Haruhiko Kuroda said they had discussed financial markets and economic conditions, but he declined to disclose their discussion about the yen and added that the prime minister had no particular comment on monetary policy. Vice finance minister Masatsugu Asakawa, who oversees currency matters, was also at the prime minister's office, Reuters reported.

Before the reported meeting, Kuroda had told a parliamentary session that the central bank was closely watching moves in the stock market and the yen, and that the country's banks were sufficiently capitalized.

Kuroda called the rush to safe havens that sparked the slump in equities and the yen's rise "a little excessive," but said that the BOJ would "adjust policy without hesitation" if it was deemed necessary to hit its targeted 2 percent inflation, Dow Jones reported.

The newswire wrote that Kuroda also told Japanese lawmakers that the central bank's negative interest rate policy - which it shocked markets by introducing on January 29 - had had the intended effect of pushing down Japanese borrowing costs.

Meanwhile, the Wall Street Journal published an interview with Yamamoto, who had played a key role in formulating Abe's three-arrowed policy to kickstart the economy.

Yamamoto told the WSJ that diverging policies had caused the current market turbulence, a reference to the U.S. Federal Reserve embarking on an uncertain tightening path, hiking rates in December for the first time in nine years, while central banks in Japan and Europe were pushing into interest rates into negative territory.

The BOJ's January move had sparked fears of a spate of competitive monetary easing among central banks, which would eat into the banking sector's profits around the world by hitting their net interest margins.

Yamamoto said that to harmonize policies, Abe should call an emergency economic summit to discuss measures to address a global growth slowdown as well as market turbulence. The measures should include economic easing and monetary stimulus, the lawmaker told the WSJ.

Abenomics relies on a weak yen to push up corporate earnings and to help generate inflation by raising import prices. Abe has also repeatedly touted the benefits of a rising stock market, which bolsters corporate sentiment and generates positive returns for individual investors.

However, some economists worry that Abe will struggle to come up with ways to stimulate the economy now that stocks and the yen are moving against government policy. A stronger yen hits Japan Inc., because it lowers overseas profits when they are repatriated, and makes encouraging inflation more difficult because imported goods become cheaper.

Meanwhile, Japanese Finance Minister Taro Aso said on Friday that the government would take necessary steps to deal with currency volatility, the minister's strongest hint of intervention since the yen began its surge this month.

The dollar fell below 111 yen on Thursday to hit its lowest level since October 2014, triggering market speculation that Tokyo could conduct yen-selling intervention to prevent a further yen spike from hurting the export-reliant economy.

In response to the question of whether Japan intervened on Thursday, Aso said that is not something that a finance minister would comment on.

Aso also said he hoped the G20 finance leaders gathering in Shanghai this month would consider a global policy response in the wake of the recent market turmoil.

"I want to consider if there are ways that the G20 countries can cooperate in response to recent market turmoil," Aso said. 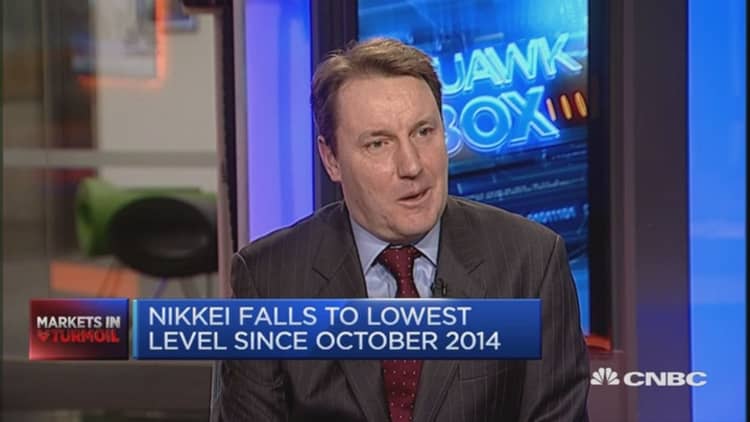 The finance ministers are due to meet in Shanghai to survey the world's economic outlook.

There is a lot at stake, because China's economic slowdown, a collapse in oil prices, doubts about the pace of U.S. interest rate hikes and the Bank of Japan's adoption of negative rates have roiled financial markets.

The combination of all these factors has raised concerns that the global economy is much weaker than anticipated, which is driving asset flows from stocks into bonds and into the yen, which are often perceived as a safe-haven assets.