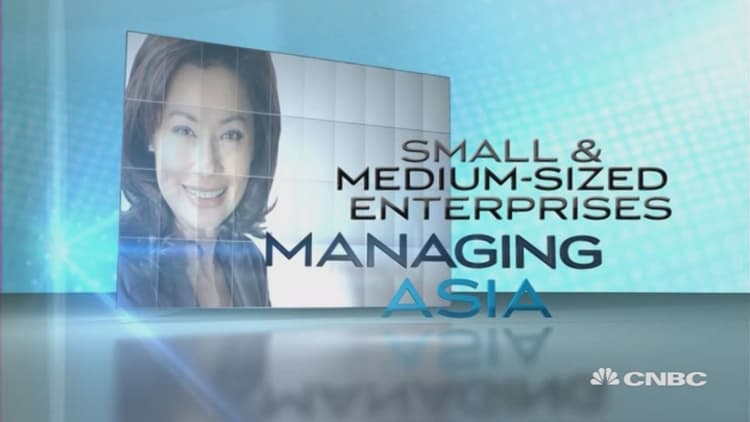 Success for an e-commerce businesses come in many shapes, from building a multi-billion business empire to carving out a small but lucrative niche.

In the case of Singapore-based Alexis Horowitz-Burdick, 34, the niche she carved was so successful that it attracted the eye of French luxury goods giant LVMH, which then bought her beauty and cosmetics retail site Luxola.com for an undisclosed sum.

Horowitz-Burdick started Luxola in the city-state in 2011, and by 2015, expanded into 12 markets in the Asia Pacific region, offering a 4,000-strong product range from 250 high-end brands.

"The first year was very tough," she told CNBC's "Managing Asia". "We started in an environment in 2011 when I don't think e-commerce was of course nearly as popular as it is today."

Horowitz-Burdick said that her small team doubled up on roles and quickly learned the tricks of the trade.

"We had no idea how to do [product delivery]," she said. "When we first started getting orders, we hired one person to be our full-time delivery driver in Singapore."

But with not enough money to provide the various delivery options expected by of e-tailers today, the team at Luxola didn't initially have a backup plan to ensure that deliveries remained speedy during periods of high demand.

"So we would all just get into taxis, and run around, and deliver goods to our customers," Horowitz-Burdick recalled.

After its takeover by LVMH in 2015, Luxola.com was rebranded Sephora Digital, becoming the e-commerce arm of the French cosmetics brand in Southeast Asia, with Horowitz-Burdick as managing director.

"I couldn't think of a better partner for us," she said. "We have been able to shift our site to the Sephora site in less than five months after acquisition and bring on all of the brands everybody loves from Sephora."

While she lost the brand name Luxola, the founder says she gained in terms of Sephora's significant international brand recognition.

But Horowitz-Burdick did not hit start-up paydirt without first paying her dues.

Her previous online business, The SweetSpot, a high-end group buying site, failed to take off, so she sold the platform to a multinational corporation.

"But it did introduce me to e-commerce in Singapore, with a view to the broader Southeast Asia region," she said. "What I learnt most was that I was in love with e-commerce."

Is Hong Kong still a 'cool' place for luxury shopping?

Like many entrepreneurs, Horowitz-Burdick, a straight A-student with a 4.0 GPA, dropped out of college in the United States after only a year and a half.

"My poor mother, she was not pleased at that time," she remembers, adding she and her mother barely spoke after her decision. "I dropped out and decided to be a ski bum for a season and travel around Europe and then come back and ski again and kinda move all over the country."

Eventually, this restlessness, and the urge to do something out of the ordinary, brought her to Singapore.

The road was bumpy in Luxola's early days, when Horowitz-Burdick was trying to secure funding in a venture capitalist environment that, she said, was less professional than it is today.

"I treated it very much like a sales process," she said. "I made a spreadsheet where I would Google [search] this investor...I would make a master sheet of names, addresses.

"Ninety-five percent never called me back or emailed me back. Then 3 percent told me this was a terrible idea. And there was 1 percent that was open to talking and from that you still had to find the right partners that really believed in the business."

Now, after spending four years building Luxola, Horowitz-Burdick is learning to work within a worldwide conglomerate.

"It's a big adjustment," she said, and as an entrepreneur, it's "an opportunity to learn from one of the best consumer companies in the world."