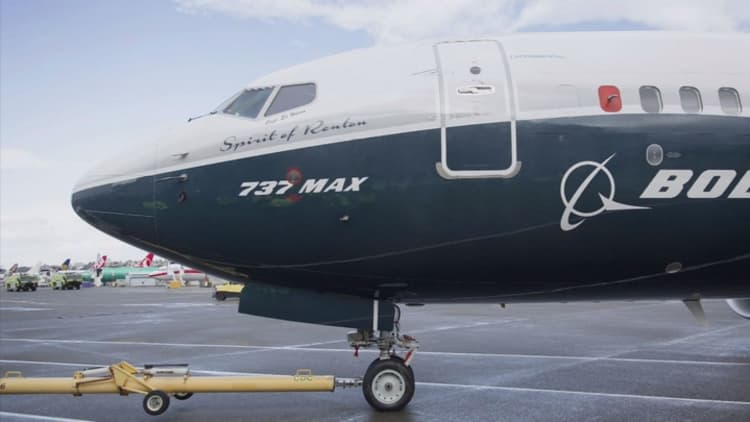 China-based Okay Airways has put in an order for up to 20 Boeing planes in a deal valued at $1.3 billion at list prices.

No sign of Asia crisis in airplane orders: Boeing

It's Boeing's first order for the 737 MAX 9 by a Chinese airline.

"We're off to a very good start [to 2016], especially on our 737 program," Randy Tinseth, vice president of marketing at Boeing, told CNBC.

Tinseth acknowledged that there was intense price competition, however, citing not just not just arch-rival Airbus, but also smaller players such as Bombardier. "But the pricing we see in the market is really within our expectations," he said.

He told CNBC that the competition was a driver behind Boeing's decision announced earlier this month to cut jobs. Boeing didn't provide details on the timing or number of positions that would be cut.

"There's always a push for more efficiency and being more competitive over time," Tinseth said. "We have Airbus out there, we have Bombardier, we have Embraer all looking for part of the market and we just want to make sure that we have the right cost structure to be successful."

Earlier this month The Seattle Times reported that Boeing Commercial Airplanes' chief executive Ray Conner said the job cuts are needed "because Boeing cannot compete with Airbus right now on prices." The newspaper was citing two people who listened to an internal webcast. Boeing was founded in Washington and has been criticized in the past for moving jobs out of the state.

Boeing's share price dropped 12 percent last week after the company reported it was the target of a regulatory investigation into the way it accounted for its 787 Dreamliner and 747 jumbo aircraft. This came on top of share price falls in January in response to the company issuing full-year guidance that was below expectations.

This report has been updated to reflect that Okay's full name is Okay Airways.